The World's Only Bugatti Veyron Mansory Linea Vincero Is For Sale 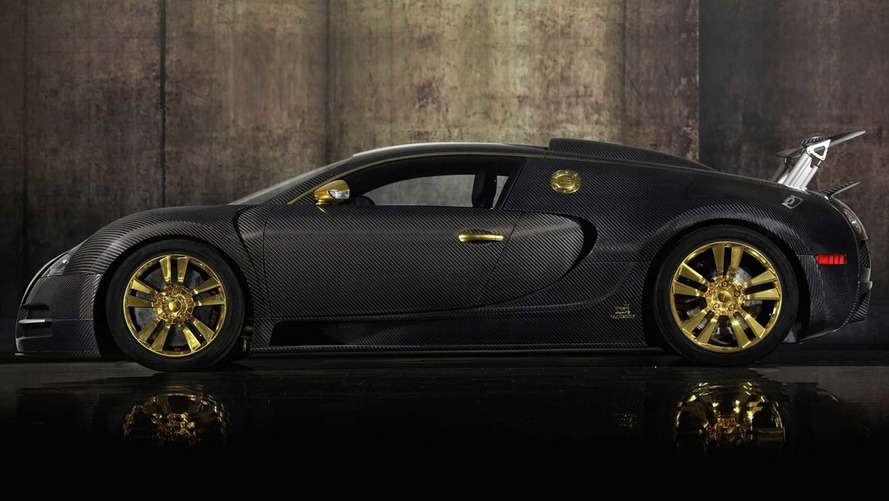 Can’t afford to buy a brand new Bugatti Chiron? You could alway peruse the used market in search of a pre-owned Veyron. In this case, a 2008 Mansory Linea Vincero is up for sale through Dupont Registry, and it looks as luxurious as the name suggests.

It’s the only example ever built, and one of just three Mansory Bugattis built in total. It comes with a full carbon fiber exterior courtesy of the infamous German tuning shop. Apart from the new body, the aftermarket specialists also gave the Veyron a bit of a facelift, including a new stylized "V" built into the front bumper, as well as new front fenders and a new front apron. LED daytime running lights and gold wheels also give the package a more luxurious look.

Open the doors, and potential buyers are greeted with a re-upholstered leather cabin. The refresh includes a new steering wheel, new seats, and a new center console, the latter two are wrapped in white leather with gold accents. The steering wheel sees a white leather centerpiece with carbon fiber and black leather accents to boot.

Though the body and cabin both get plenty in the way of upgrades, the engine only gets a minor tweak – not that it needs it. The 8.0-liter W16 engine has been upgraded to produce 1,110 horsepower (827 kilowatts) over the 1,001 hp (746 kW) you’d find on the stock version when new. With that, the Mansory Veyron should be able to sprint to 60 miles per hour (96 kilometers per hour) in less than 2.5 seconds with ease.

Dupont Registry doesn’t list a price on its website, but when new, Mansory tacked on an extra $985,000 on to the price of the base Veyron. That means buyers would have had to dish out $2.485 million for this aftermarket Bugatti if they wanted it new. Given its rarity and the steep appreciation for Bugattis, this example is likely to come closer to $3 million.