Well, not the worst, but quite bad.

The Tiburon was Hyundai’s far more refined replacement for the Scoupe, and the predecessor of the Veloster that’s still on sale.

The Tiburon, also known as the Coupe in Europe and Tuscani in South Korea, was launched in 1996, and was produced in two generations. We will focus on the second generation of the car, which debuted in 2001 and was sold in more than 120,000 examples in the United States until 2009. It was assembled in South Korea, Turkey, and Thailand.

Depending on the market, the sporty coupe was powered by 1.6-, 2.0-, and 2.7-liter engines with power ranging from 105 horsepower (78 kilowatts) to 172 hp (126 kW). Five- and six-speed manuals were available, as well as a four-speed automatic, all sending power to the front wheels.

In the United States, the model was offered with side airbags, 16-inch wheels, and anti-lock brakes as standard for all trims, and the range-topping GT V6 variant also featured leather upholstery and disc brakes on all four corners. 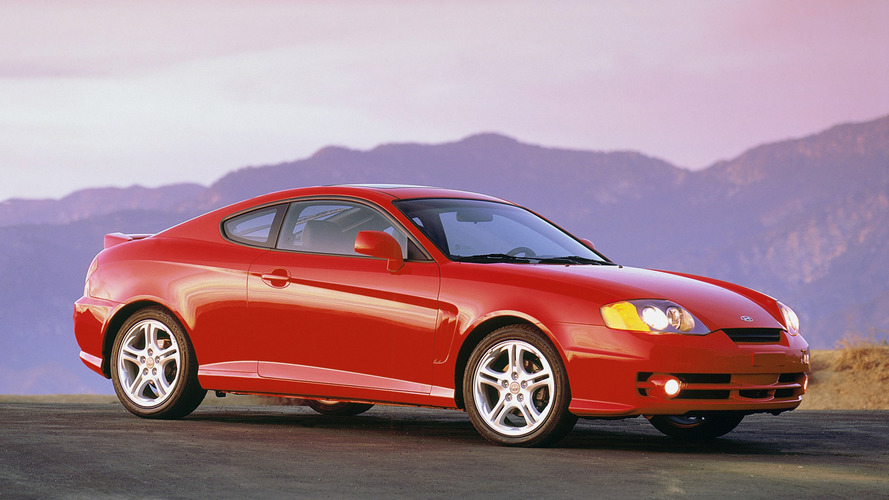 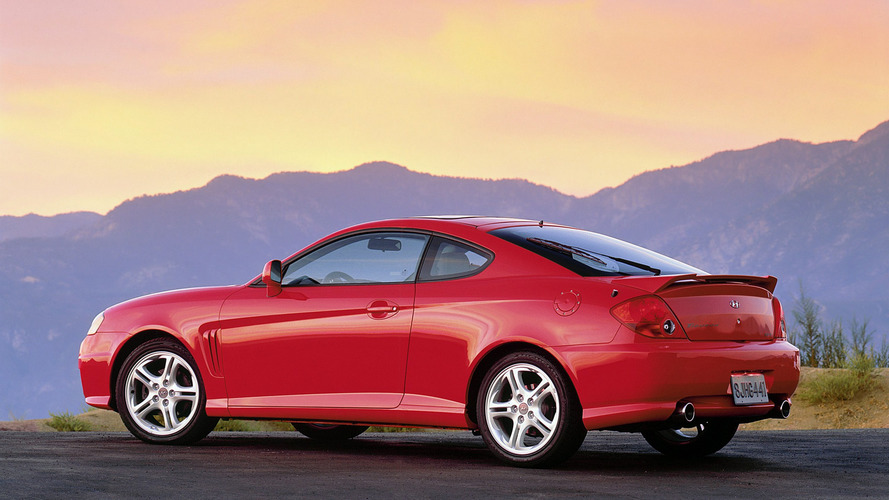 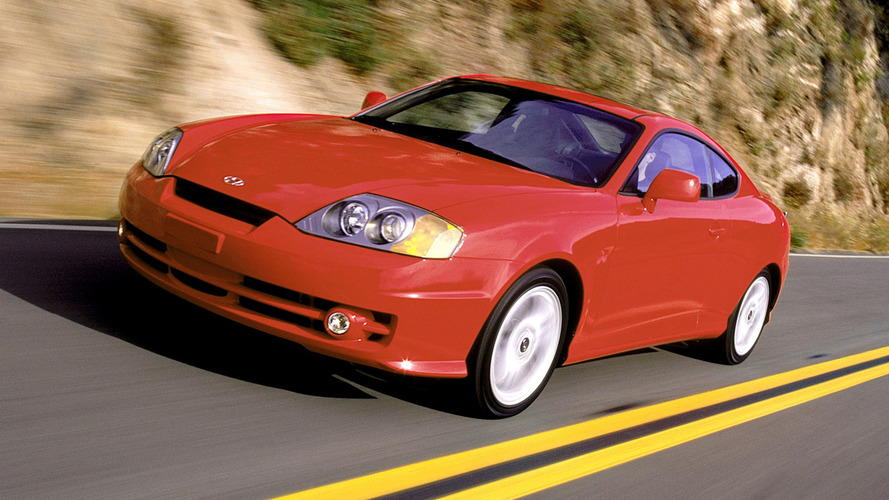 Long before Hyundai started creating reliable, good-looking, and high-tech cars, it was a relatively young company trying to find its place under the sun. The Tiburon was the brand’s first attempt to create a global sports model and… well, it wasn’t the worst of all, but it was far behind the really good sports coupes in many aspects.

Let’s start with the dynamics. The second generation of the model was covering most of its tasks reasonably well, but was never perfect at anything particular. Acceleration was poor and even the 2.7 V6 model needed more than seven seconds to reach 62 miles per hour from a standstill. And a base model with 105 hp… in 2002? Come on…

But acceleration was not the main problem, let’s imagine you could live with a relatively slow sports car. But trying to play in a league where the Mitsubishi Eclipse and Toyota Celica are, means you have to rely on high build quality and refined interiors. But that was not the case with the Tiburon – even when brand new, the car was noisy and the gearbox required heavy effort. The doors slammed with “a junky note,” as Car and Driver pointed out in a review, while “the ears and the seat of the pants report a heavy-footed ride; it clomps over the bumps.”

If that’s not enough, add a lifeless handling that was lacking a good response, average brakes, and somewhat underpowered engines, and you’ve got a bad sports car. Oh, and don't forget it's in the list of America's deadliest cars at number eight with nearly 100 recorded fatalities per million registrations.

The good thing about the Tiburon, especially the second generation of the model, is that it was priced about where it belonged. It was not developed and constructed as a direct rival for the more refined Japanese coupes, but as a more affordable, or even an entry-level, option in the segment.

And yes – it was not the prettiest, the fastest, or the most reliable car out there, but it delivered exactly what it promised. It was a reasonable car for young buyers from a young company.