Mercedes 300 SL Gullwing is a beautiful way to spend $1.4M 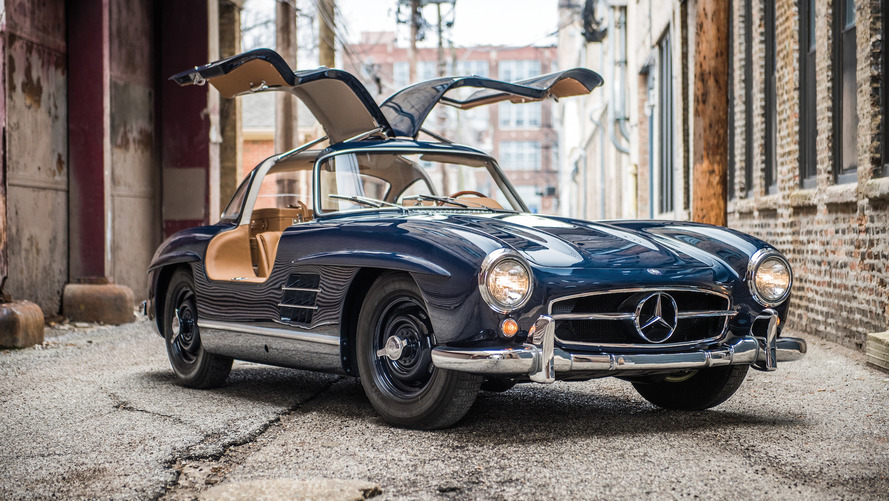 It's heading to auction in March as part of the RM Sotheby's Amelia Island sale.

The Mercedes-Benz 300 SL Gullwing is an icon. It was first introduced in 1952 as the W194 sports racer, and went into production a year later. This particular example is one of the first 167 examples built, and it’s heading to auction as part of the RM Sotheby’s Amelia Island sale in March where it's bound to pull in some serious cash.

Formerly owned by a Gullwing Group chapter president, the car has remained in exemplary condition throughout its lifetime. In 2007, it was given a full chassis restoration, and in 2009, the 3.0-liter straight-six was completely rebuilt. It wears chassis number 4500116, and comes completely documented with restoration invoices, photos, and correspondence.

On the exterior, the 300 SL wears a new dark blue finish and matching dark blue Rudge wheels. From the factory, it was originally painted in a White Gray and optioned with chrome Rudge wheels, a 3.64:1 rear-axle ratio, a side mirror, a Becker radio, and an accessory luggage set made by Taris Charysyn and Co – the latter of which is available with the purchase of the car. Inside, the caramel leather interior is also new, as is the wood-rimmed steering wheel.

The car was sold new to Walter Schumacher of Germany. It was later imported to the U.S., and by the early 2000s, was owned by president of the Western Great Lakes Chapter of the Gullwing Group, Mr. Phillips. In 2005 it was handed over to its current owner, where it then received a full restoration.

On March 10, 2017, it will cross the auction block at the RM Sotheby’s Amelia Island sale in Florida with no reserve. Estimates suggest it could go for anywhere between $1.2 to $1.4 million.