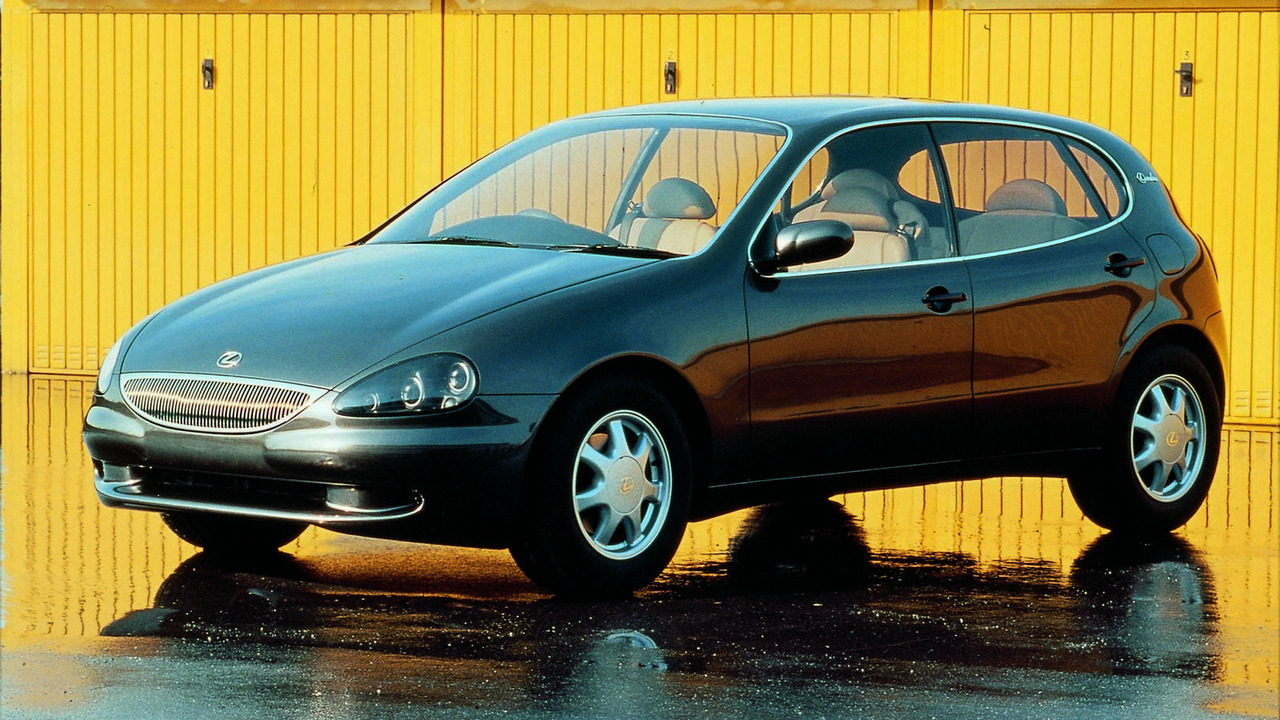 It was a Lexus GS morphed into a V8 AWD compact hatchback styled by Italdesign Giugiaro.

Stuffing a V8 from a much larger car inside a compact hatchback was a great idea. Especially since the beefy engine was combined with an AWD system.

One of the first concepts to wear the Lexus badge took the shape of a five-door C-segment hatch that started off with the floorpan of a first-generation GS 300 (S140), so at the same time it also had a lot in common with the Toyota Aristo of the early 1990s. Just like the GS upon which it was based, the Landau was designed by Italdesign Giugiaro and they chopped off about 60 centimeters (almost 24 inches).

Despite being much shorter, the significantly decreased footprint did not have a negative impact on the space inside what was a lavish cabin. On the contrary, the interior provided more headroom thanks to the different roof raised by about 5 cm (almost 2 inches). To free up more space, the engineers decided to relocate the fuel tank beneath the rear seats.

In other words, the Landau concept theoretically provided the same level of luxury and comfort as the GS, but in a way smaller package. It was motivated by a meaty 4.0-liter V8 engine codenamed “1UZ-FE” with 249 hp sourced the aforementioned Toyota Aristo from where it also inherited the AWD and auto ‘box. This configuration was never offered on the U.S.-spec GS, but Lexus did sell this setup in the LS 400.

As far as the design is concerned, it looked significantly different than its donor car, up to the point that it would be hard to identify it as a 1990s Lexus after removing all of the badges. Its rounded shape made it fairly interesting, although perhaps the exterior wasn’t compatible with the other Lexus models of those days.

If you’re wondering about the origins of the concept’s name, “Landau” is a reference to a four-wheeled luxury carriage drawn by two horses that was used back in the 19th century. The moniker was revived in 2011 by Belgian coachbuilder Carat Duchatelet for a Lexus LS 600h L Landaulet (pictured above) created specifically for the royal wedding of Prince Albert II of Monaco.