What Happens When You Win A Car As A Prize? 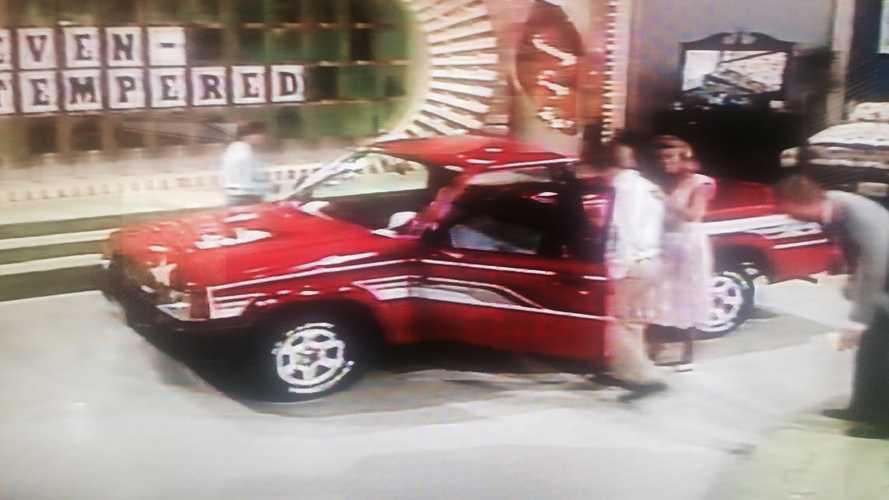 Here's a first-hand account from someone who actually won a brand-new Mazda pickup truck.

We often share some exceptional giveaways at Motor1.com, including some impressive automobiles. If you've ever wondered what happens after you win such a price, we've got a first-hand report from former Wheel of Fortune winner John Dean. He won the Mazda pickup pictured above way back in the 1980s, and while various contests can have different rules and requirements, Mr. Dean explains to us the process he went through to keep his truck and a bevy of other prices after his appearance on the show.

What's it like winning a car? It can be a pain from a tax standpoint, but it’s actually not so bad.

I was on Wheel of Fortune in the mid-1980s, back when you weren’t allowed to keep the money you won on the show; you had to “spend” it on their in-studio showcase items. Thus, you only got prizes.

My run on Wheel lasted three days, as the winner back then was invited back to compete on the next day’s show. On my second day, the grand prize was a new car. Actually, you were allowed to choose which grand prize you wanted to play for, so I picked the car. I solved the phrase “Even-Tempered” and won a 1986 Mazda SE-5 pickup.

The above photo is a grainy screenshot from the old VHS tape of when I was on the show. Vanna is directing me to the driver’s seat, and Pat Sajak is quietly setting my lav mic down on the floor. My then-girlfriend, and now wife of 33 years, is on the other side of the car.

The Next Winner Could Be You:

Win A 2020 C8 In Honor Of Corvette Legend Chip Miller

We contestants were informed well ahead of time that we were responsible for any and all income taxes that were owed based on the stated value of any prize we won. The car itself was valued by the game show people at around $7,800, which was close to the full MSRP for that model in 1986, believe it or not.

So what about the process was a pain? Very little, other than dealing with the taxes. This is how it went for me:

Merv Griffin Productions reported its stated value of the car (and all of my other winnings) to both the California Franchise Tax Board and to the IRS. My total take-home from all of the prizes I won (furniture, exercise equipment, console TV, cases of Rice-a-Roni, but no cash) was $23,321. So from a tax standpoint, even though as a recent college graduate I’d only earned about $4,000 of actual W-2 wages for that year, my total income as far as the tax collectors were concerned was just shy of $28,000. And without any cash winnings, and with very little income, I had to figure out how to pay the tax bill.

You’re allowed by IRS rules to use the fair market value of any prize you win instead of what the game show says it’s worth. Game shows notoriously inflate a prize’s value, so I spent a good week or two looking around for those same (or similar) items in stores and catalogs. This was pre-internet, so I was calling around, talking to salespeople and retail managers. I then had to itemize the entire list with the prices I was given by the retailers. This lowered my overall total winnings to around $15,000, fair market value.

I filed my taxes in April, using the lower value total with my itemized list, and paid the $2,100 tax bill by borrowing from a bank using my new car as collateral. The IRS did wind up questioning me in a correspondence letter later that year, so I had to respond with another copy of my itemized list and my own letter of explanation, and they were satisfied with that. Two years later, I’d paid the loan off, and I finally owned everything free and clear.

What wasn’t a hassle? Getting the car itself.

About a month after the show aired, I got a phone call from the local Mazda dealership saying my car was ready for delivery. I hopped on my bike and rode the three miles down to the Mazda dealer in Torrance, California, signed a couple of title papers, and within maybe 10 minutes, they handed me the keys. I walked out, loaded my bike into the back of the truck, and drove back home with my brand new car. It was pretty surreal.

By the way, the game show producers gave us three full days to decline any prizes we didn’t want to keep. So if we didn’t want to deal with the taxes, or if we wanted to keep the tax bill down, we’d simply say we didn’t want the stuff. I kept everything, because, well, why not? For just $2,100 in taxes I got some very nice hand-crafted furniture, a stereo console TV (big stuff in the ‘80s), a home gym set, and a whole bunch of things I never would’ve considered buying for myself. And the car! When my wife and I were married in 1987, those prizes helped furnish our first apartment, and, by the way, we both had cars that were fully paid for. In fact, we still have several of those nice pieces in our current home, all these years later. The pickup truck lasted until 2002. Not bad!

So yes, the taxes can be a pain, but for me, they were offset by the benefits of having the car itself.

Special thanks to John Dean for sharing his story and the VHS capture of that memorable day.