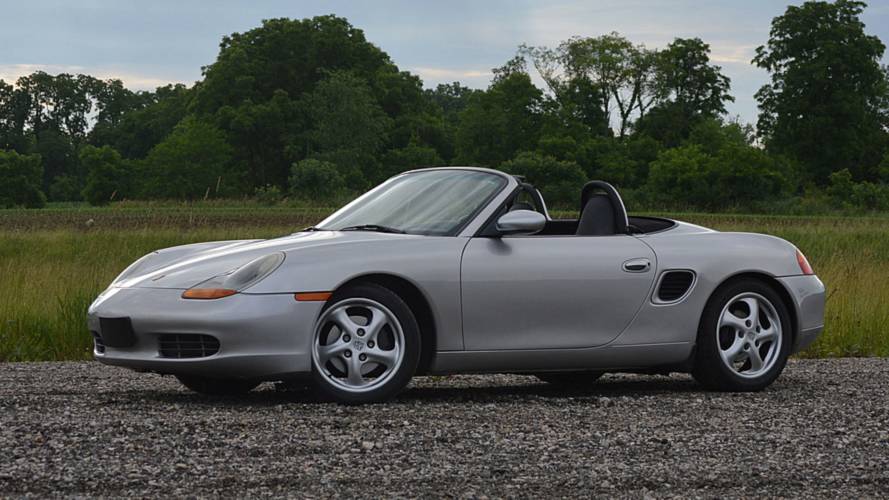 How new tires can transform an old sports car into something downright magical.

All it took was one run up the ladder to 6,000 rpm and I was hooked. I knew that I wanted to buy an old convertible to daily drive this summer, but until I was intrigued enough with a seemingly underpriced car just a few miles from my house, I hadn’t seriously considered a Porsche Boxster.

In fact, my initial target was a car I’d always loved but never driven: the original Audi TT. But after driving a few TT Roadsters – sexy and fairly easy to live with, but man do they feel heavy in a corner – I knew I would regret not buying the Porsche.

Bugatti Knows If Your Chiron's Tires Are Not Properly Inflated

The base model 1998 Boxster was not without its flaws, but with just 57,000 miles on the odometer, evidence of reasonable care from just two owners, and a price tag of $7,200, it felt like a solid buy. Of course I dropped a couple hundred bucks on a pre-purchase inspection (a must when buying used, and especially when buying a used Porsche), and I knew I’d have to live with sightly dinged up paint along the bottom edges and mild rash on the 17-inch “twist” wheels. But the only new parts I was certain to budget for were tires.

The Kumhos that came with the Boxster were 11 years old, dry, hard as rocks, and extremely unflattering to just about every part of the ride and handling profile. On the highway they telegraphed every expansion joint in an already chatty car; under a cornering load or braking they seemed to offer just a fraction of the grip they’d been engineered to deliver.

Because I bought the car fairly well – I charitably called my purchase price about $1,500 under market – I knew I had some room to work with getting new rubber on TireRack.com. Tire Rack has been my go-to for a while because it always has a far better selection than the local tire stores around me. I knew I’d have a much better chance of finding a good set of summer tires for the slightly odd staggered setup of the Boxster: 205/50-17 in front and fatter 255/40-17 out back.

Sure enough, I found a few options that seemed promising. Between the site’s user reviews, and expert recommendations based on real testing, I opted into a set of Continental Extremecontact Sport tires, which would offer a really nice balance of at-limit performance, grip in the wet, and ride quality (I was going to daily drive this thing, after all).

The transformation was instant, and insanely satisfying. I’d fallen in love with the Porsche’s direct, tactile steering and sublimely neutral handling even with the shoddy tires still in place. Once the Contis were mounted, those qualities seemed to go from low-res to high-definition.

The transformation was instant, and insanely satisfying.

Cornering ability, especially on some of my favorite, twisty back roads, was so improved it felt as though I’d stepped into a car 10 years newer. The new tires improved mid-corner grip and confidence (I haven’t been on a track yet, so haven’t come close to finding their limits), but also surprised me by offering far sharper, and more satisfying turn-in. Braking from speed went from squirrely to drama-free, allowing me to really close on a corner with good pace, and setup for the exit.

And listen, commuting on Detroit freeways in a lightweight convertible – especially when you’re six-feet, five-inches tall, like I am – is never going to be Cadillac-cushy. But the truth is that the Continentals significantly reduced impact harshness and overall ride comfort, even with their relatively low-profile sidewalls. Tires can’t do anything about my lack of cup holders… but one step at a time.

In the end, the Boxster has been a perfect summer car so far, and honestly one of the better drivers cars I’ve piloted in some time. One forgets that, even with just 201 horsepower and 181 pound-feet of torque, the little boxer-six is a really emotional engine, making lovely noises at the top end of its power band, and delivering linear acceleration that’s satisfying even though slow by modern standards.

We live in a golden age for new cars, especially performance cars, it’s true. But don’t neglect the fun to be had for four figures and a fresh set of rubber. Craigslist and Tire Rack could just make your summer.