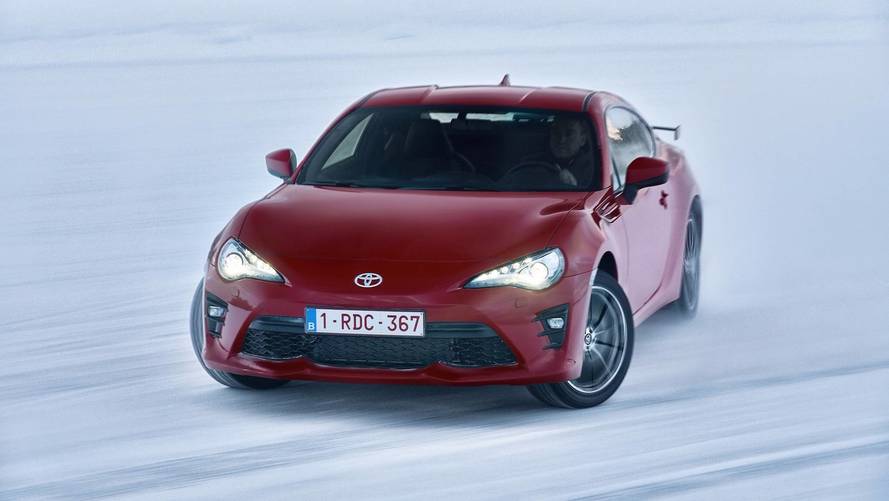 It all comes down to your driving style and budget.

For decades, rear-wheel-drive cars were all that American motorists ever drove because it was more or less the only game in town. That changed in 1966 with the introduction of the first domestic front-wheel-drive car, the Oldsmobile Toronado. The configuration became prevalent in the late 1970s and 1980s as domestic automakers were forced to downsize their fleets of what were then oversized land yachts to help meet federal fuel economy requirements, and smaller front-drive cars grew in popularity among U.S. consumers.

Front-drive tends to maximize a vehicle’s passenger room, as it eliminates the “hump” running through a rear-drive model’s interior that houses the driveshaft connecting the engine to the back wheels. It’s also cheaper to build and weighs less than the typical rear-drive setup, and cutting a vehicle’s weight is the easiest way to boost its mpg.

Though most mainstream cars are now built on front-drive platforms, rear-wheel drive remains the configuration of choice among luxury cars and sports cars. The traditional front engine/rear differential layout balances the vehicle’s weight more evenly between the front and rear axles, which generally enables more precise handling qualities. This includes the ability for an accomplished driver to “drift” the rear wheels through sharp turns to negotiate them more quickly. Rear-drive cars also tend to feel quicker off the line than front-drive models, since the vehicle’s weight effectively transfers rearward, over the drive wheels, while accelerating, which improves grip.

What’s more, a rear-wheel-drive setup is also inherently more mechanically durable than front-drive underpinnings and does a better job handling larger engines, which is why it’s favored in higher-performance cars and burly SUVs and pickup trucks, and remains essential among law-enforcement vehicles.

Though rear-drive cars tend to handle better and can be engineered to ride more smoothly than typical front-drive models, the setup is not without flaws. For starters, rear-drive cars tend to fishtail more easily and more abruptly on slick surfaces, though modern chassis control systems and improved tire technology have helped to minimize this predisposition. Rear-drive vehicles likewise have a tougher time negotiating steep, loose grades than front-drive vehicles. Those who live in northern climates and own rear-drive vehicles can expect to spin their wheels and require a neighborly push out of snowbound parking spaces unless they’ve installed a set of deep-tread snow tires for the winter months.

And don’t even think of taking a sporty rear-drive car out of the garage when the weather turns the least bit ugly if it’s fitted with high-performance “summer” tires. While they’re engineered to hold tenaciously onto dry roads, they slip and slide when rain or snow falls; at the least you’ll want to swap them for a set of all-season touring tires for added traction during winter months.

That’s why most rear-drive cars and trucks offer either all-wheel drive (AWD) or four-wheel drive (4WD) to bolster their traction over slick roads; we’ll take up the differences between 4WD and AWD in a separate post.

Front-wheel-drive cars generally fare better under adverse climactic conditions than rear-drive models, simply because they place more weight directly over the drive wheels. Pulling rather than pushing a car more effectively helps dislodge a car from snow-challenged parking spaces and helps negate a rear-wheel-drive vehicle’s tendency to lose traction when entering a curve too quickly. As mentioned above, front-drive powertrains are also cheaper to build as they combine the engine and transmission into a single unit, and since the components weigh less, front-drive cars inherently tend to get better fuel economy than comparable rear-drive models.

On the down side, front-drive cars are inherently nose-heavy, which can adversely affect their high-speed cornering. A front-drive car’s turning radius can be larger than with a similarly-sized rear-drive model because the front wheels often cannot be turned as sharply, given the added under-hood hardware. Front tires often wear quicker in a front-drive model because they do all of the heavy lifting, so to speak, of accelerating, maintaining traction, and steering.

What’s more, some higher-powered front-drive cars suffer from an engineering malady known as torque steer, which tends to yank a vehicle to one side or another under heavy acceleration. Modern suspension engineering has minimized this unsettling trait, though it can still be pronounced on some front-drive models packing, say, 300 or more horsepower. That’s why many front-drive cars with larger and/or more powerful engines offer all-wheel drive as either optional or standard equipment.

Again, we’ll explain how AWD affects a vehicle’s performance in a separate post.