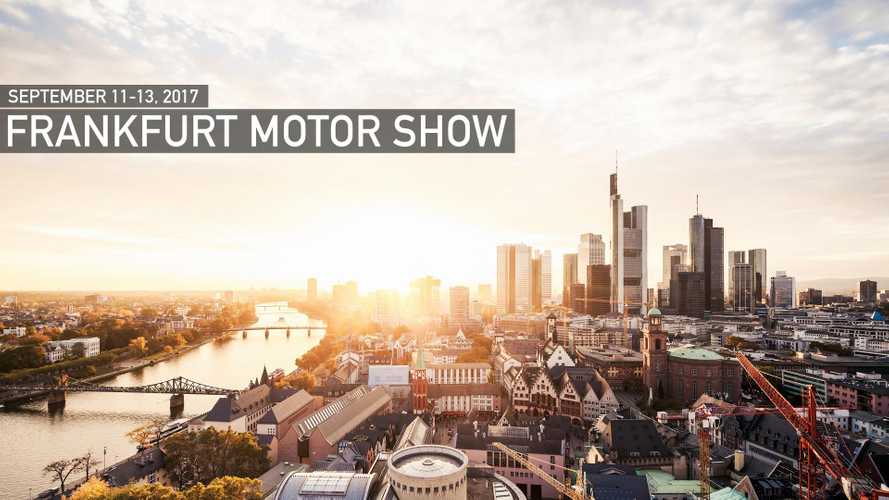 In which our editors pick their Best In Show favorites from this year's Frankfurt show.

Now that the 2017 Frankfurt Motor Show is in the books, we're reflecting on our favorite debuts from the show. And rather than argue over one Best In Show pick, instead, we've decided to have each editor pick a favorite, and explain why. We don't just have one starlet from Frankfurt, we have 12.

Well, honestly, I’m not a big fan of large SUVs, let alone the Porsche Cayenne. But its Turbo version is crazy fast, it’s even quicker than a BMW M2 on a straight-line acceleration to 60 miles per hour (97 kilometers per hour) with a time of 3.7 seconds. And that’s huge.

What’s even more impressive, however, is that an advanced active chassis, standard high-performance brakes, and an adaptive roof spoiler, a first for this class, should make the heavy SUV easily controllable in corners and quite confident in deceleration. Combine that with highest levels of driving comfort and the adaptability of an off-road vehicle, and you’ve got the best of three quite different worlds.

Oh, and don’t forget about Cayenne’s pretty interior, featuring what could be the largest horizontal infotainment screen on the market today and a Panamera-like center console.

I realize picking the already-sold-out Mercedes-AMG Project One hypercar as the best of Frankfurt falls into the “water is wet” realm of the obvious, but this car blows my mind. Of course the web of batteries and electric motors that help to push the horsepower total over 1,000 is impressive, but don’t forget that the engine at the heart of this beast is a tiny-yet-formiddable 1.6-liter V6 with a 11,000 rpm redline, and an F1 pedigree. Can you even imagine what that’ll sound like on a full-blast acceleration run?

But what really sells me is the shape: something like an eco of the famed Mercedes-Benz CLR Le Mans racer, mixed with curves cribbed from the original 300 SL Gullwing. If picking the obvious car is wrong, this fan boy doesn’t want to be right.

Some might say that the Porsche 911 GT3 is too hot, or that the limited-edition 911 R is too cold, but at the Frankfurt Motor Show, the new 911 GT3 Touring Package is just right. It isn’t the flashiest Porsche ever built, and that’s sort of the point. The dramatic rear wing has been ditched for a more subtle lip spoiler, and the interior has been toned down with silver cues and a more luxurious leather. The same 494-horsepower, 4.0-liter engine remains, thankfully, with all that power routed through a six-speed manual gearbox. It’s the perfect combination of performance and luxury.

Well, just look at it. Isn’t this the prettiest car ever? Brought to you by the designer of the still ultra-cool original Audi TT, the Proceed concept gives us yet another reason to fall hopelessly in love with wagons. Kia confusingly calls it an “extended hot hatch,” but it’s a wagon from where we’re standing. If the production version will look half as good as this, then it will be right up there with the Stinger among Kia’s most beautiful cars.

P.S. Can we just ask Peter Schreyer to design all cars? There are some automakers out there that could really use his talent. He also designed my first-generation pro cee'd, so maybe I'm being subjective...

Another forbidden fruit I have to drool over. This 2018 Audi Avant in the classic Nogaro blue is the performance wagon of my dreams. The thing looks mean with its massive front grille and air intakes, and tasteful amount of carbon fiber throughout. Out back is where this car looks even better with its wagon profile, and massive twin exhausts surrounded by a carbon fiber rear diffuser. To back up its aggressive looks, a biturbo 2.9-liter V6 engine puts 450 hp (331 kilowatts) and 443 pound-feet (600 newton-meters) of torque down via its Quattro all-wheel-drive system. Not to mention there’s room to fit five people comfortably, and loads of room for your crap. Audi, I’m begging you – you need to bring this to America. Please?

Honda Honda Honda Honda. Holy cuteness overload. I love old, tiny Hondas – in my dreams, I tool around Los Angeles in a City Turbo, pulling out my little motocompo for rides along the beach. That dream might not come true, but the idea of tooling around in this adorable little EV has me all giddy, the way any properly tiny Honda city car should. I love the design (oh, by the way – stop saying it looks like a MkI GTI), and the proportions are just right. This is far and away my favorite debut from the Frankfurt expo. Words cannot express how badly I want to see it built.

I have a weakness for toassable, little hatchbacks, and it makes me angry as a driver in the United States that there's no chance to get behind the wheel of the new Suzuki Swift Sport. The model's rounded styling and the bright color palette makes the diminutive vehicle look boisterous and ready to hit the road. Plus, its 138-hp turbocharged 1.4-liter turbo and six-speed manual should be enough to have fun in such a tiny model that weighs just 2,138 pounds. Unfortunately, I know there's no chance to experience this not-quite-hot hatch, but the model is still worth celebrating.

Mini needs to build this car. Not a watered down production variant with a similar paint scheme, some fancy badges, and a carbon fiber handbrake lever. I'm talking this exact machine, with all the scoops and absolutely that bonkers wing on the back. Perhaps add a little bit back to the interior so we're inclined to drive it to a track instead of loading it onto a trailer, and please turn it into a proper rally fighter with all-wheel drive and a giddy turbo for the engine. With the current-generation Mini in its twilight years, this is exactly what the automaker needs to satisfy loyal enthusiasts while garnering neck-snapping attention from those who either grew bored with the brand, or simply forgot it existed.

Who wouldn’t want a rear-wheel-drive Audi R8 V10? The RWS – Rear Wheel Series – removes Audi’s Quattro system, which saves some weight. You lose a bit of performance sprinting to 60 mph (two-tenths of a second) as well, but who cares? Yes, the subdued styling is still there but now you can lay on the gas and wow your country club friends with delicious smoky burnouts. Or lose your membership. Audi says production is limited to 999 units total, but fingers crossed there's a follow-up in this "Series" if it doesn't make it to the U.S. just yet.

The best part about auto shows are the concept cars, and my favorite one from Frankfurt this year is the Borgward Isabella Concept. It checks all the right boxes. Obscure brand trying to revive itself? Check. Impractical suicide doors with no B-pillar? Check. Weird paint job (bonus points for the two-tone scheme with a dot matrix gradient)? Check. Stunning shape (more bonus points for the use of flying buttresses)? Check. Theoretical drivetrain? Check. There’s nothing not to love here. What a great concept car comes down to, though, is eliciting an emotional reaction. Unless you’re brain dead, it gets a check for that one, too.

I've always loved the Continental GT's effortless blend of style and gushing performance, but last time I drove one, it was clear the car was old – especially compared to newcomers like the S-Class Coupe. The new car is gorgeous inside and out, still managing to deliver the type of all-British, hand-crafted prettiness and warmth to which an S-Class cabin can only aspire. If Bentley can continue to deliver superb powertrains and sublime ride quality in the new Continental GT, it should be another star.

Any rear-wheel-drive car with such a short wheelbase is enough to get my attention, apply 260 lb-ft of torque by way of a fully-electric powertrain and my interest only intensifies.

I’m not fond of the Smart’s interior and the X-Men color-scheme doesn’t do it any favors, but the idea of doing smokey donuts in a cutesy little city car has me kind of giddy. And what’s that between the seats? A proper manual handbrake? The potential to hoon this thing is kind of insane.