Is Chevy’s Bolt The Next Autocross Star? 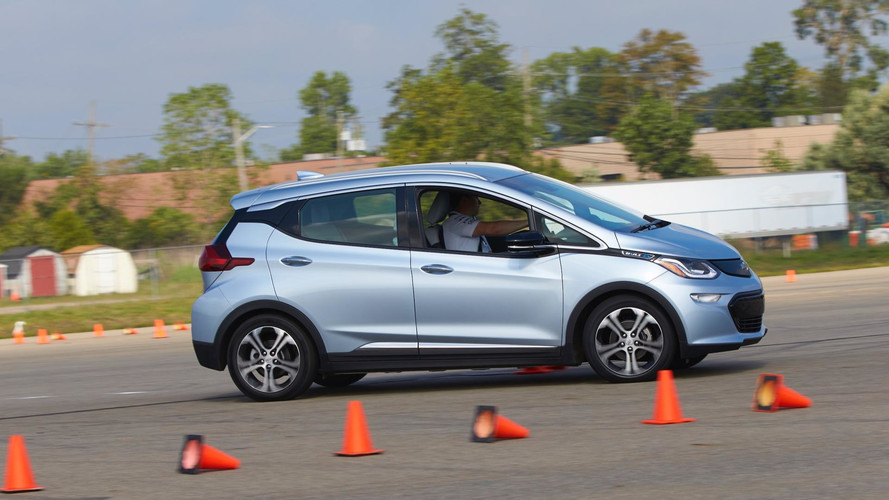 Affordable and functional, purveyors of the Chevy Bolt invite us to remember that Tesla doesn’t build the only fun-to-drive EVs.

The car-crazy portion of the population fell in love with the Volkswagen GTI way back in the 1970s and 80s, not because it was absolutely quick, but because it was the right combination of quick and affordable. Performance for the people. And while I would argue that we’re still well shy of any all-electric vehicle gaining enough market share to be truthfully considered a “people’s car,” it’s nevertheless interesting to think about what ramifications that new idiom may have for driving enthusiasts on a budget.

The Chevy Bolt isn’t exactly analogous to the original GTI, but it’s not as far off as you might expect, either. After all, the idea that electric cars can be really entertaining to drive spiritedly isn’t all that new – big torque figures and low centers of mass see to that. So my interest was piqued when I was invited to come autocross the new EV, with several different tire options, and no less than a Volkswagen GTI Sport on hand as a comparison drive.

The autocross setup was fairly standard: A cone course with a few sections of slaloms, and mostly very tight turns, constructed in a very large parking lot. I’m not sure of the length but a very good lap time – as demonstrated by Corvette Racing driver Tommy Milner – would be under 40 seconds. Just to make things more interesting, my test day was filled with intermittent rain, too.

A quick EV is nothing new; a quick EV with enough juice to race and get you home... well now, that feels a bit more like the future.

The varied conditions (from almost-dry to full-on rainstorm) made true apples-to-apples comparison between tires and cars impossible, but I definitely came away with a sense for the Bolt. Wearing the stickier tires, and after enough laps for me to start to memorize the course, the Chevy acquitted itself far better than its slightly dorky, upright-small-crossover looks would imply. The flat battery pack in the floor really does allow you to push aggressively through complexes of corners, even if its weight slightly hinders acceleration overall.

In fact, other than the better power delivery out of corners, thanks to a limited slip differential, the discrepancy in 0-60 quickness between the Bolt (6.5 seconds) and the GTI (5.9 seconds) seemed mostly hidden. Only the GTI’s better steering feel would lead me to believe that my fastest lap would be found in the VW cockpit.

In reality, my fastest lap of 42.39 seconds was turned in the summer-tired Bolt during a drier part of the day, and after learning the autocross layout much better than when I turned in 43.10 in the GTI. But honestly, the real win is that Bolt competes with the hot-hatch legend at all.

Maybe more impressive is that all three of the Bolts that were lapping had plenty of their 238 miles of maximum range available by the time we abandoned all hope in the face of a hard rain. A quick EV is nothing new; a quick EV with enough juice to race and get you home... well now, that feels a bit more like the future.

So, does the Chevy Bolt have a future as an autocross champion? Let’s say that I’m quite interested in what the car could do with a proper performance “tune,” at the very least. In the meantime, if you’re a quick adopter, and EV enthusiast, or otherwise lucky enough to be a Bolt owner, I’d highly suggest pushing the car on your favorite road. Oh, and at least consider investing in some summer tires.