Buick's fullsize sedan is more beautiful and silent than ever.

The downside to making your new Buick quieter than a monastic feather dropping contest is that the windshield wiper motors start to get really loud. I might not have noticed it, but the chief engineer of the 2017 Buick LaCrosse, Jeffery Yanssens, gets paid to be persnickety about such things.

Hanging out with the Buick team in the dead-hip downtown of Portland, Oregon, I heard the phrase “library quiet” tossed out on several occasions in regards to the fully new LaCrosse. These guys know that one of the brand’s strongest values, especially in this tough-to-define, near-luxury space, is the consistent serenity of the in-car experience. Buick’s big sedan might not ever get cross-shopped with a Rolls-Royce or Mercedes-Benz S-Class, but it will still stand its corner with just about any vehicle where the decibel wars are concerned.

Laminated glass, triple-sealed doors, and active noise cancellation have been elements in upholding the sanguine brand values for a while now, and everything’s better and quieter than ever for the 2017 car. Hence Jeff’s problem with the wiper motors. As the car became more hushed overall, the slap of the windshield wipers – a relevant topic of conversation in coastal Oregon – started to grate on the detail-oriented General Motors vet. 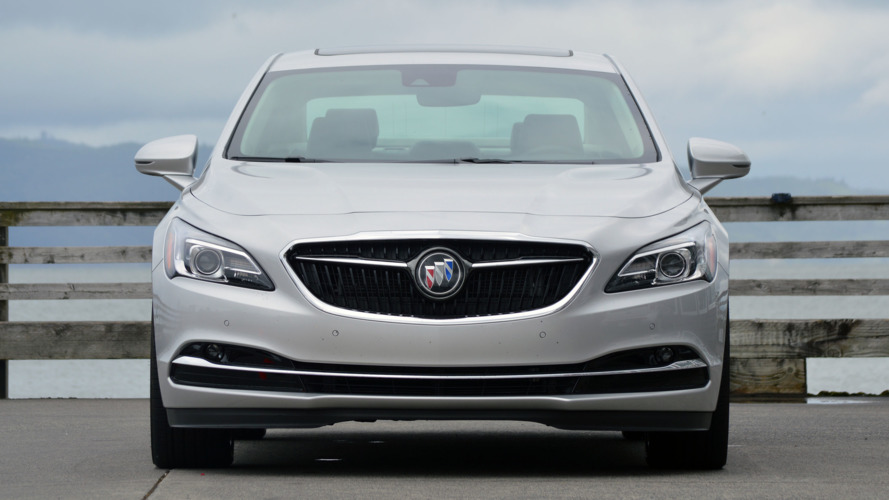 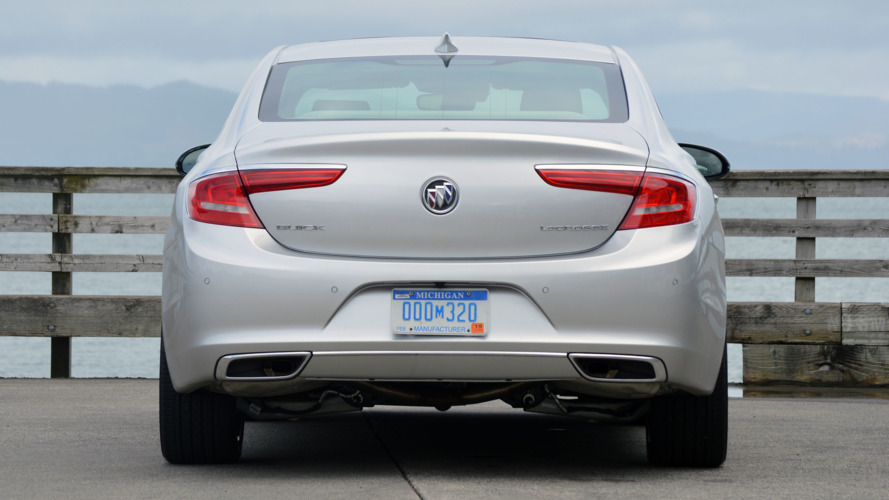 The 2017 car is better than the outgoing version, and in such a way that reinforces other brand values.

The solution was technical, but relevant I think, to the LaCrosse as a whole. Apparently modern windshield wiper motors can be tuned for precise speed (who knew); by slowing the wipers down over the last 25 millimeters of each stroke, the normal clunking sound could be significantly reduced. The result in real life? As Jeff finished his wiper story, we listened with weird anticipation for the familiar thrum of wiper motor, rubber-over-glass, and return… Yes, that’s one hell of a quiet windshield wiper.

Quietness, clearly a LaCrosse strength, was just one of three main targets for improvement. The other two – overall performance and ride, and seat comfort – were in evidence on my drive as well, though perhaps not so starkly ahead of the rest of the segment.

Performance in particular is a big, broad term, and one that isn’t closely associated with the LaCrosse, or most Buicks (sorry, Regal GS). But in a relative sense the 2017 car is better than the outgoing version, and in such a way that reinforces other brand values. 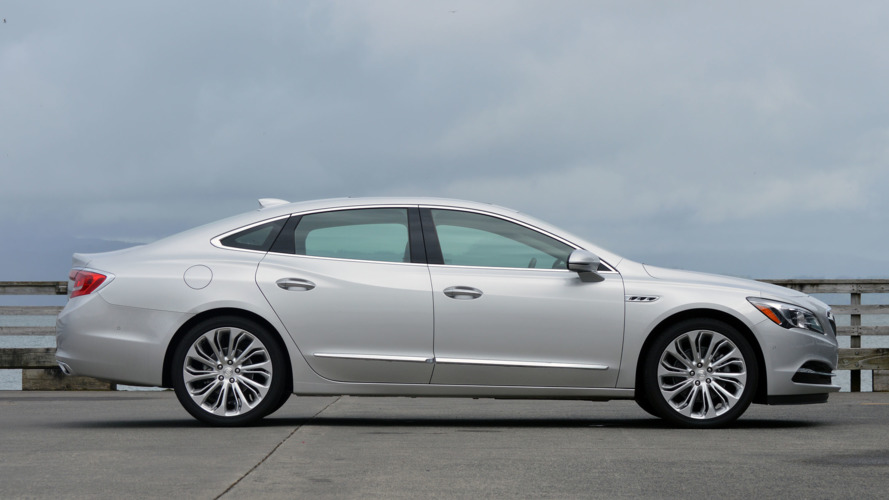 As is appropriate for the LaCrosse’s target audience, ride comfort is more obvious than handling proficiency.

The most obvious gain is a loss: some 300 pounds has been stripped out of the car. That’s a big chunk even in this fullsize sedan, improving handling, acceleration, and fuel economy (though Buick doesn’t have hard figures yet for those last two). The lighter curb weight gives somewhat of a multiplier effect to the new, five-link rear suspension, too. Handling on the sometimes tightly curved roads between Portland and the Oregon coast wasn’t what I’d call sprightly, but for something with a front-drive layout and a long wheelbase, it was more agile than I’d expected. Oh, and the five-link makes the car ride even quieter, too – the cherry on top.

As is appropriate for the LaCrosse’s target audience, ride comfort is more obvious than handling proficiency. A variety of road surfaces were under tire during my drive, and most of the warped and crumbling bits were easily ironed out by the Buick’s bump-sponge suspension. I drove cars with both the optional 20-inch wheels and continuous damping control, and the 18-inch package with a fixed-rate suspension. Honestly, both were quite cozy over time; the slightly quieter ride of the 18s though – especially over local roads with weirdly huge aggregate – seemed to me more true to the spirit of the sedan.

The LaCrosse launches in 2017 with just one engine, a revamped 3.6-liter V6 that has modest power and torque bumps over the outgoing six of the same displacement. Power is up by 6 horsepower to 310, while torque increases 18 pound-feet to 264. Along with the weight loss, this uptick in capacity should make the Buick feel quicker – if I drove the old and new cars back to back, I might feel it. Pushing something like 3,600 pounds (the company hasn’t released actual curb weights yet) that output makes the LaCrosse feel confident, but not terribly rapid. 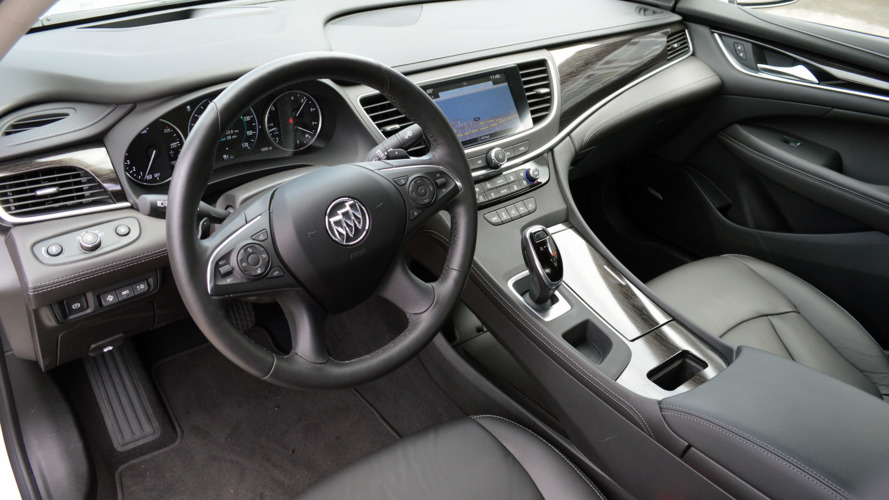 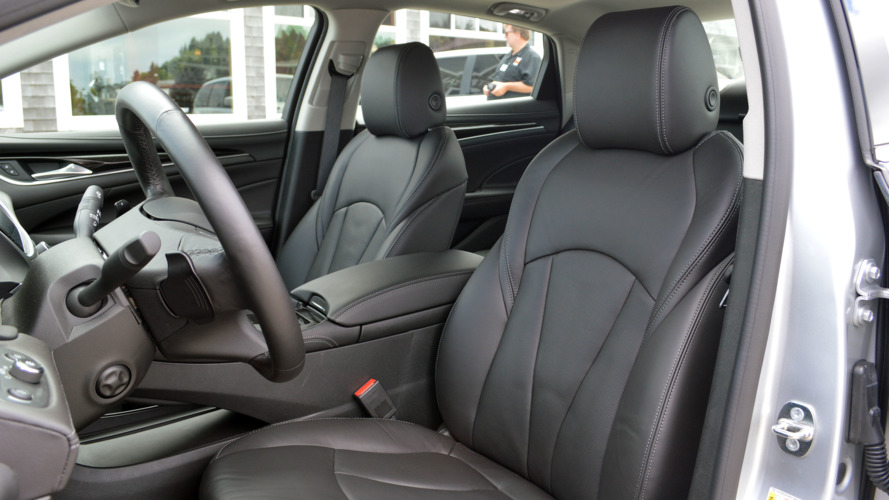 Almost every non-leather surface on the dash is glossy, a little gauche, and magnetic for greasy thumbprints.

Zero-to-sixty time won’t be involved in closing many LaCrosse sales, I’d wager, but the new model’s sleek styling definitely will. This sedan segment isn’t the styling graveyard it was a generation ago; new Toyota, Nissan, and Kia offerings all look really good. But the LaCrosse at least rises to the top level here, with a much more modern-looking front fascia pointing the way forward for the curvy, rather elegant bodysides. The Buick “sweepspear” detail on car’s hip is quite the complex piece of metalwork, and it breaks up what would otherwise be a long, flat surface.

The cabin styling story is also improved vis-à-vis the last chapter of LaCrosse, with very understated lines and material choices. The seats – those being one of the chief improvement targets, you’ll remember – are soft and comfortable as long as cornering forces aren’t very strong. The chairs can come heated, cooled, and massaging, too, which is feels very upscale at this general price range.

There is plenty of detailing not to love, however. Some of the matte-finish black plastic, especially around the shifter lever, is easy to scratch. I know that because on both test cars I drove it was already marked up – not a great sign for longevity. Wood trim pieces on some cars actually came from a tree, but the lower-cost version is a technical film over plastic that looks, well, about how it sounds. Buick paid special attention to its infotainment display, working with the supplier to create a screen surface that’s really resistant to fingerprints. That said, almost every other non-leather surface on the dash is glossy, a little gauche, and magnetic for greasy thumbprints. 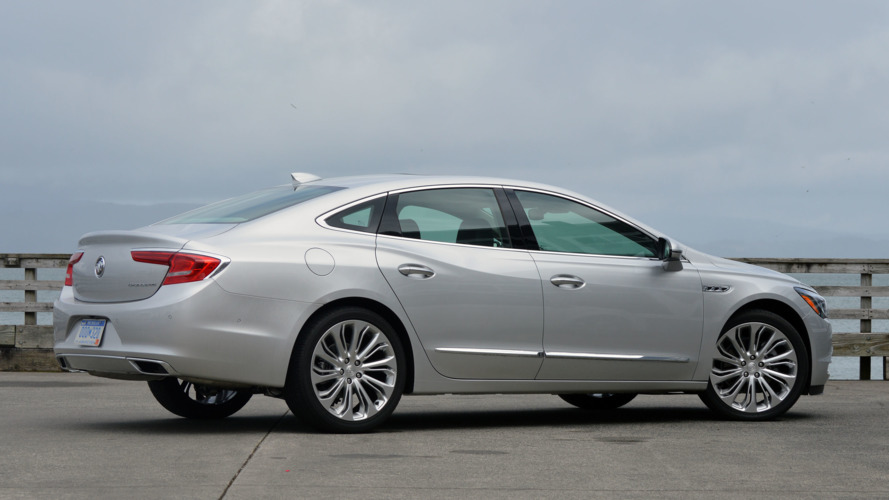 My car ended with more finger marks on the paddle-style shifter than were strictly needed in my opinion, too. The electronic shifter is great for LaCrosse packaging, since it’s physically smaller under the surface, but it’s fiddly to use, with a pattern that breaks with tradition in a very traditional market segment.

That’s a market that is shrinking, year after year, with an aging buyer population. Buick knows this, but it also knows that commitment to leadership of an eroding market space means the potential for a highly profitable run – there are fewer competitors, let alone brand-new versions. The LaCrosse finds open water between Avalon, ES 350, Maxima, and the new Cadenza (probably). That is to say: some premium amenities with a non-premium price.

A stripper 2017 LaCrosse will start right around $32,000, and an up-level car, loaded and with all-wheel drive, will struggle to hit the high forties. That range is familiar to most competitors, too, but Buick’s strong stance on refinement and comfort sets a very high bar, and speaks to what many of the wizened shoppers in this arena really want. Plush, affordable space and, hey, the world’s quietest windshield wipers.