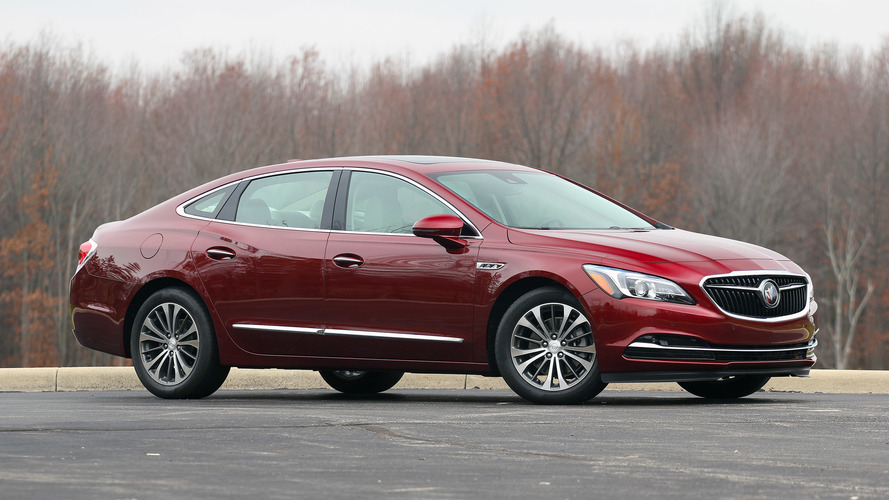 Buick has changed a lot in recent years, but the LaCrosse remains its link to the past. It’s the type of American sedan the brand used to be famous for: big, chromed, and comfortable. Today, though, there are more crossovers and small cars parked in Buick showrooms than large four-doors like the LaCrosse.

As it turns out, there’s still demand for sedans like this in the U.S.; the LaCrosse competes with worthy options from brands like Toyota and Lexus, Nissan, Kia, Ford, Hyundai, and stablemate Chevrolet. To meet that challenge, Buick completely redesigned the LaCrosse for 2017 and the result is perhaps the best version of the modern American land barge ever made.

The silence inside is deafening. That is to say, it’s noticeable how much quieter it is inside compared to other cars, including some that use the “luxury” label. Buick uses standard tricks like laminated glass, triple-sealed doors, and Bose’s Active Noise Cancellation technology to keep the decibels down, but as we remarked in our First Drive, its engineers went even farther to snuff out unwanted sound where they found it.

Can a car be too comfy? This really happened: I fell asleep in the driver’s seat of the LaCrosse with the car still running (in Park) while I was waiting for my wife to finish shopping. What that tells me is it’s all too easy to get comfortable in the LaCrosse – maybe too comfortable. The seats are soft and don’t have much bolstering, so lots of body sizes will find comfort here.

The design is very handsome. The overall shape was heavily influenced by the Buick Avenir concept that debuted in 2015. Six portholes, three on each front fender, still denote the number of cylinders underhood, but they’re subtle and remain a nice nod to the past. The character line that runs along the side of the car, cutting through the first set of door handles before curving up and over the second, makes the profile a lot more interesting to look at. There’s even the hint of a ducktail spoiler on the lip of the trunk. The only wish I have is for less chrome, but if the target buyer is someone alive when chrome on cars was real metal and not shiny plastic, then I suppose it’s appropriate.

This is luxury, not near-luxury. This 2017 LaCrosse Premium AWD has so many features and options that I wonder why it’s not considered a bonafide luxury car like a Cadillac, Lincoln, or Lexus. Features like a massaging driver’s seat, articulating high-intensity discharge headlamps, adaptive cruise control that operates across the full speed range, and automatic lane-keep assist that steers you back in between the lines are all premium hardware. Throw in all-wheel drive, a strong 310-horsepower 3.6-liter V6, and an eight-speed automatic transmission and those “real” luxury cars should start worrying about the LaCrosse eating their lunch.

Handles how you expect. In a straight line, the LaCrosse feels like you’re flying on a magic carpet, but it handles more like a swamp boat in a turn. There’s a lot of body roll and the front end will plow if you overcook a corner. Other large sedans strike a better balance between ride and handling, whereas the LaCrosse unapologetically favors the former. One bright spot, though, is that the suspension doesn’t feel floaty; it compresses in a turn, holds itself, and then returns to first position afterwards, which at least make it predictable.

Rear headroom is lacking. For such a big car with so much room inside, the rear seat is disappointingly short on headroom. In the class, only the Nissan Maxima has less on paper. I stand at 5 feet, 10 inches and couldn’t sit up tall in the back seat without my follicles feeling the roof.