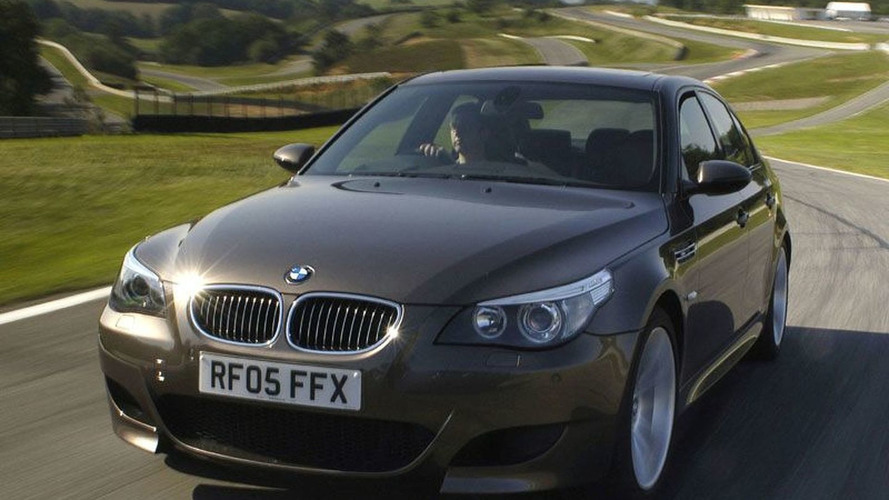 The M5 is laden with technology. At its core, though, BMW's new baby is a true five-seater supercar. It might just be too intense for every day use, but then again, you can always turn it down.

Racetracks are famous for exposing the gaping holes in road cars' handling to the world and most manufacturers aren't keen on the press taking their cars near them. So when BMW booked out the challenging Pau Arnos Circuit in the South of France and then offered us the new M5 to drive back to the UK via any route we wished, it was pretty clear how confident they were in the product.

As it happened our route took in the dramatic nature reserve in the Camargue, Monaco and the Alps, twice, in the twilight hours. We took on the fearsome mountain passes near the Napoleon Road, glamorous French towns and more than 1000km of Autoroute in a single day. The M5 lapped it all up.

This was the most eagerly awaited launch of the year. The Munich marque had drip-fed details to the press gathered like chicks hungry for regurgitated facts about the revolutionary five-litre engine and seven-speed sequential transmission. Figures like 507bhp have a habit of grabbing the attention...

It's the latest gladiator in the super saloon war that has broken out between BMW, Mercedes and Audi. Frankly it's all getting a little silly as Mercedes has already usurped them with the 612b CL 65 AMG. The 1000bhp super saloon is coming, from someone, but thankfully BMW saw that the horsepower battle wasn't the way to win this fight. Instead the engineers in Munich went away and reinvented the genre.

The M5 is not just another thundering V8 with more power than its chassis can handle, it's a technical tour de force and is a far more complex machine than we ever imagined. It can run as a 507bhp Ferrari-beater or a detuned and altogether gentler 400bhp family chariot that doesn't suckle so hungrily at the petrol pump. And you can change the suspension, the gearshift, the time the lights stay on when you switch off at night, pretty much everything, from the iDrive system.

Even the gearbox has 11 different settings, from fully automatic and soft to racing changes with the semi-automatic paddle shift. You can even programme the car to drive itself with the Launch Control function, which feels like a violent assault and will leave you questioning the laws of Physics.

Traction control, too, has three different settings. The M5 can either behave itself absolutely, let the tail hang out a little before catching the slide or stay out of things completely, leaving the driver to muscle the car round corners on differing levels of opposite lock.

A 1755kg, five-seat car should not smash through the 60mph barrier in 4.7s, which feels conservative if anything, or keep going all the way to 205mph. But if it weren't for the limiter kicking in at around the 170mph mark, this one would. The acceleration never lets up, the V10 doesn't start to falter, until the other traffic on the road has long since melted into colourful streaks fleetingly filling the side window.

Until you're pushing the kind of speeds that can get you live news coverage, the M5 isn't trying. This car's natural cruising speed, the velocity before you even have to start really driving the thing, is more than 120mph.

We only really drove it on the undulating French circuit at Pau. This wasn't the street circuit, but the privately owned concern that has a tribute to some of the world's greatest corners, including the Corkscrew, 130R and a bowel-flinching right-hander of unknown origin that demanded speeds of up to 140mph. The rest of the time was spent simply dipping a toe into its oceanic reservoir of performance and revs.

After a few gentle tours learning lines, braking points and the lie of the land, we were allowed to push that insignificant looking M button on the steering wheel. This might be a little black disc, available from any parts bin for 50p. But it's my favourite piece on the whole car.

Press this and the car picks up like a startled deer, the amplifier jumps to 11, the horsepower jumps to the full 507bhp, the suspension hunkers down to sports settings and the gearbox gives knife-sharp changes that are brutal and uncompromising.

This button is a near-nuclear deterrent. If anything can keep up with the 400bhp, soft M5, one push and they're wiped off the map. And that includes a Lamborghini Gallardo, fresh from the Gumball Rally, which picked a fight on a deserted M20 as we left the Eurostar behind. This relatively unassuming machine really is that fast in the mid range and its 0-125mph time of 15s is far more revealing than the 60mph benchmark when it comes to the M5's true pace.

Pressing the M button feels like lighting the afterburners and the growling engine takes on a sexier V10 harmony that feels too exotic to emit from the bonnet of any saloon on this Earth. It relies on revs rather than its 383lb/ft of torque to generate the power, and all the ponies are unbridled at 7750rpm. This car will keep revving all the way to 8500rpm, though, even though the book

Just flatten the accelerator and tug on the paddle-shift to change up, it's brutal but requires no skill whatsoever. The electronics sort out the power on upshifts and heading down the box into tight bends, when the car blips the throttle angrily. This is genius in the depths of the Alps on frozen roads when a locked back axle could be a fatal mistake, although it can draw stares on the High Street.

And the finely honed box works perfectly in harmony with this chassis that just shouldn't have the kind of natural poise that positively encourages a go-kart driving style. BMWs have perfect 50/50 weight distribution front/rear and have a natural balance well beyond the capabilities of the immediate competition, but this one is the best yet. On the mountain the only limiter on the car was my instinct for self-preservation - the fat

The M5 has been tuned so well that it has gone beyond mere super saloons that are traditionally soft, understeering whales. This is a genuine budget alternative to the Aston Martin DB9 or Ferrari 612 and has the measure of both on a winding road. The M5 has taken too many Performance Car of the Year Awards for it to be coincidence. This machine really is that good.

A track so wide the car barely fitted the runners on the train under the channel, a thirst for fuel that means stops every 200 miles, the blaring noise that can become tiresome after a few hours and so much technology you might need to take a night-class or join a forum to get your head around the sheer depth of it all are the only downsides to what is a triumph of engineering and the most advanced sportscar anywhere near that £61,760 price tag.

It even comes with a fighter jet-style Head-Up Display that projects all vital information on the windscreen. Theoretically its life-saving technology, keeping the driver's eyes on the road at all times. The way it flips over to a rev counter in 'Power' mode show BMW has gone to great lengths to make this car fun.

As for the looks, you either love them or hate them and there is rarely middle ground where Chris Bangle's concerned. Personally I like the clean interiors, aggressive front end and flame-surfaced sides, but the rear isn't the best angle and looks like an angry man.

19" wheels, an aggressive body kit, four tailpipes and those signature streaks in the front wing are among the subtle exterior differences between this beast and the standard Five. The interior is splashed liberally with Motorsport badges and then there's the shift paddles waiting to be played with, or not, depending on your mood and the three computer processors running affairs.

The M5 is laden with technology. At its core, though, BMW's new baby is a true five-seater supercar. It might just be too intense for every day use, but then again, you can always turn it down.