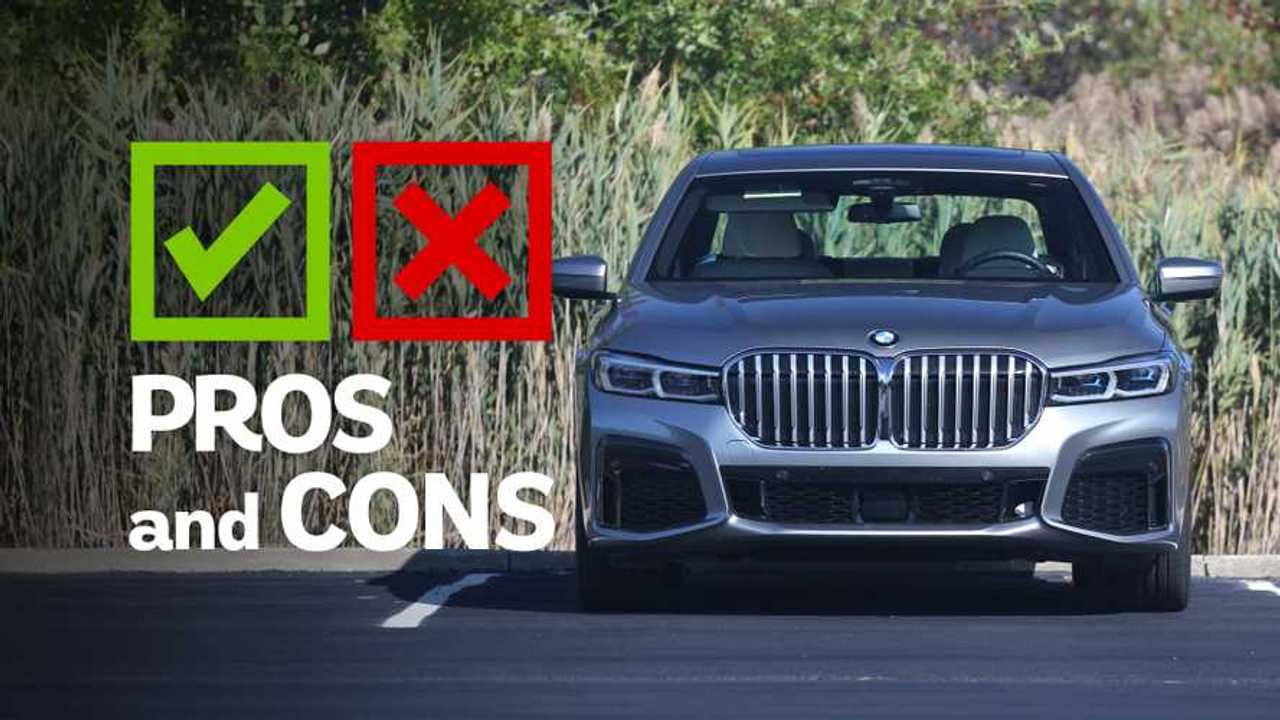 The sixth-best 7 Series you can buy.

The full-size uber-luxe sedan segment is chock full of good choices. The 2020 BMW 745e xDrive iPerformance is one of them, but not only must it match up against competitors from the likes of Audi, Mercedes-Benz, and Porsche, it also has to be your preferred flavor of 7 Series. BMW offers no less than six versions of the 7 Series, ranging from the most basic – a rear-wheel-drive 740i – to the most bonkers – the high-performance Alpina B7.

Somewhere in the middle of the model lineup is the 745e xDrive. Its claim to fame is being a plug-in hybrid. Unfortunately, it’s not a very good plug-in hybrid because it can only manage 16 miles of all-electric range. Once that’s gone, it operates essentially as a traditional hybrid. And it’s still not even the most fuel efficient 7 Series in the lineup. That’s why the 745e xDrive shouldn’t be your 7 Series of choice, let alone the full-size luxury sedan you choose over all others.

If plug-in hybrid luxury cars are your thing, the Volvo S90 AWD PHEV does the green thing better with a longer electric range and better hybrid efficiency, and the Porsche Panamera Turbo S E-Hybrid, while a bit less green than the 745e xDrive, is way more fun to drive. So tell us, BMW, if the 745e xDrive is neither particularly efficient nor very fast, why did you make it?

BMW is moving to big grilles. The move has already begun, with the X7 full-size three-row crossover SUV and the 7 Series both now wearing them. For better or worse, they’re here, and whether or not you’re a fan of the trend, you can’t deny they have a visual impact.

When you’re paying upwards of six-figures for a car, presence is probably something you’re seeking. The 7 Series is no wall flower, and with those engorged kidneys leading the way, its oversized personality arrives at your destination before you do (read our review of the 750i for an alternative take on that grille).

In addition to the grille, this 745e xDrive also has the M Sport package, a $3,400 option that includes the brand’s dark Shadowline exterior trim, a special aerodynamic kit that includes a more aggressive front fascia, an M-branded steering wheel, and an anthracite headliner. It looks like a proper sport sedan at least, though its tepid plug-in hybrid powertrain quickly quells that notion.

If there’s one thing you can count on the 7 Series for, it’s offering an arsenal of high-tech features. The 745e xDrive doesn’t disappoint.

Once you open the doors, you’ll notice a special badge on the B-pillar frame that says “Carbon Core.” It looks like an easter egg, and your friends will want to know what it means. You can tell them your 7 Series is built using carbon fiber; that expensive, exotic material from race cars that’s lighter yet stronger than steel. BMW uses it for the 7 Series’s A-, B-, and C-pillars, as well as the roof, to remove weight at the car’s highest points and lower its center of gravity.

The 745e xDrive has other impressive tech bits, like gesture controls for the infotainment system, which lets you wave your hand in the air to change the volume or skip a track; wireless Apple CarPlay, which is so convenient it should be standard on all cars; and a BMW-exclusive Sky Lounge LED roof, whose multi-color, embedded LED light patterns have to be seen to be appreciated.

The litmus test for all large sedans is the rear seat. Our 745e xDrive tester comes with a Luxury Rear Seating package for $3,900 that abley passes the test.

The rear seats are fully configurable, with adjustments for forward and backwards, tilt and recline, and even the head rests. They’re also heated and cooled, just like the front seats, and the center armrest is heated in case your elbows get cold.

This 745e xDrive also has a Rear-Seat Entertainment option for $2,700 that adds a rear-seat iDrive controller, front-seat-mounted infotainment screens, and a removable tablet that embeds in the center console. From their luxurious perches, rear seat passengers can also control the upgraded Bowers and Wilkens sound system, itself a $3,400 option.

Sixteen miles. That’s all you get. That’s the all-electric range of the 745e xDrive after a full charge. Expect that number to drop considerably depending on factors like how hard you drive, how much you use the climate control system, and how cold it is outside.

At this stage in the game, introducing a plug-in hybrid with 16 miles of electric range is worthy of sharp criticism. Most PHEVs offer more, some considerably so, as the holy grail for a PHEV is being able to cover someone’s typical daily driving route on electricity alone. When the Chevy Volt debuted in 2011, it offered 35 miles of electric range, but after 9 years, the BMW 745e xDrive can only muster 16 in the best of circumstances.

The news isn’t prettier when the electrons run dry. At that point, the 745e turns into a traditional hybrid that can only manage 22 miles per gallon combined, according to the Environmental Protection Agency. That’s actually less fuel efficient than the gas-only 740i, which achieves 24 mpg combined.

Lastly, the 745e’s total range, including its 16 miles of electric range, is only 290 miles. For comparison, an all-electric Tesla Model S has 370 miles of range. The 745e’s inexplicably short range isn’t common to vehicles of its type or size, either; the Volvo S90 AWD PHEV has 490 miles of range and the Porsche Panamera Turbo S e-Hybrid can go 450 miles.

Whether or not you like BMW’s big grille treatment is a matter of personal opinion. The act of adopting large grilles on its cars, however, is not, and that action makes BMW a trend follower, not a trend setter.

Design trends are constantly spreading across the auto industry like wildfire because executives think something is the next hot thing. Floating roofs, two-tone painted wheels, and faux exhaust tips are a few current examples. Big grilles, though, are a trend that’s been around for a while now, which means not only is BMW a follower, it’s also late to the game. By the time BMW gets big grilles on all its vehicles, the industry will have moved on to the next trend in grilles (hopefully it’s miniaturization).

Not every automaker makes a plug-in hybrid to be green. Some choose PHEV for power, injecting electrification to take a performance vehicle to the next level. This is what Porsche did with the plug-in hybrid Panamera, a version of which is the fastest Panamera you can buy. Not so with the 745e, though.

The 745e xDrive’s turbocharged 3.0-liter inline six-cylinder and electric motor combine for a total system output of just 389 horsepower. That might sound like a lot of power, but it isn’t considering this car weighs nearly 4,850 pounds and also uses a traditional power-sapping all-wheel-drive system. BMW claims the 745e xDrive can reach 60 miles per hour in 4.9 seconds, and while we can’t refute that number with hard evidence, our butts tell us it doesn’t feel that quick.