How does this Franco-Japanese crossover stack up?

Editor's Note: The 2020 Nissan Juke is hitting European markets early next year. And while there are still no plans for the second-gen Juke to come to the U.S., our counterparts at Motor1.com Germany have taken it for a spin.

How do you build a successful car? You can fit in and tick the appropriate boxes for consumers, like the Volkswagen Golf, or you can just go for pure provocation, which is the approach the Nissan Juke takes. If the Golf is the automotive equivalent of the Beatles, then the Juke is like the Ramones. 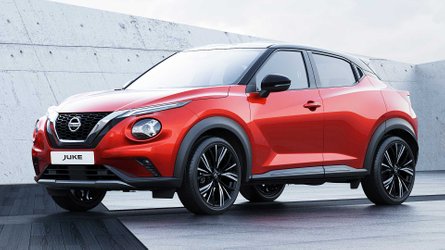 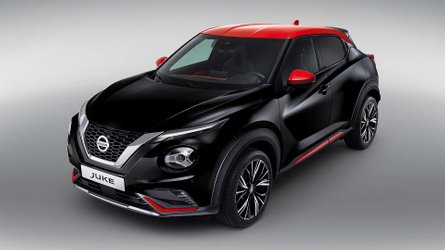 Admittedly, even we sometimes think the Juke isn’t that attractive. In any case, polarizing style hasn’t hurt the Juke’s success. Launched in 2010 as one of the first sub-compact SUVs, Nissan has moved a million units globally, including 70,000 in Germany. Now, the second-generation model is here, trickling into dealers starting next month before a full-scale launch in January 2020. Here’s what to expect when it arrives.

"You can love [the Juke], or you can hate it," Ekaterina Apushkina, Chief Marketing Manager of Nissan Europe, freely admits. The Nissan Juke polarizes, and that remains the case in the new edition, even though designers softened the aggressive styling.

At the rear, the new Juke has a certain familial resemblance to the Micra, while at the front the lamps are split into two, just like the original Juke. Daytime running lights sit up high, while the headlights are lower on the fascia. Even the basic version has LED headlights.

In profile, the resemblance to the old model is obvious, for example, in the shape of the rear door handle near the window frame. Another thing that struck us was that the new Juke was designed with larger wheels in mind. With 19-inch wheels, there is still space between in the wheel arches. But even with the smaller 17-inch alloys, the Juke doesn't look bad.

The increase in wheelbase is significant, as is the growth of the cargo hold, up 2.4 cubic feet with anywhere from 14.9 to 38.4 cubes depending on the position of the back seats. Nissan designers also stretched the aperture of the rear hatch, making it 5.2 inches wider. But apart from the length and the increase in the size of the cargo hold, the Juke is basically a twin of the Renault Captur. It’s also close in size to the Volkswagen T-Roc.

You notice the Juke’s increased size and therefore, versatility, relatively quickly. The cargo hold has a double loading floor and an ample footwell in the second row. Our biggest issue is that the view out the rear still isn’t great, owing to the thick C-pillar, while the handle for the tailgate feels flimsy.

The front seats offer a high seating position and are easy to get in and out of. Depending on the spec, there are Bose speakers in the headrest (like the U.S.-market Kicks), which sound great. As a contrast to the extravagant exterior design, the Juke’s cabin is clean and almost conservative. “Almost” is a key qualifier. There’s nice leather upholstery available on the dash (other versions have Alcantara), although for some unfortunate reason, it’s orange.

Nissan made a lot of effort in selecting cabin materials, relegating hard plastics to out-of-sight areas. The instruments are easy to read, and the rather sluggish 8.0-inch touchscreen infotainment system (available on everything but the base model) takes care of the basics.

At launch, the Nissan Juke isn’t spoiled for powertrains. Only a turbocharged, 1.0-liter three-cylinder gas engine will be available at first. It may only pack 117 horsepower, but when over half the segment’s customers opt for an engine between 110 and 130 horsepower, the Juke’s loan powertrain should fit the bill.

The 117-hp engine is plenty quiet. Only under cold starts does the typical three-cylinder clatter come into play, although that quickly fades on the motorway, where modest wind noise takes over. The main drawback to the powertrain are its two transmissions. There’s a clunky six-speed manual, or a seven-speed dual-clutch transmission, available for an additional €1,600 ($1,764 at today’s rates) on all but the base model, where it carries a €3,600 ($3,971) premium.

The chassis is well tuned and comfortable, despite the absurd 19-inch alloys or the rudimentary torsion-beam rear suspension.