2020 Ford Escape Hybrid First Drive: A Smart Buy, But For How Long? 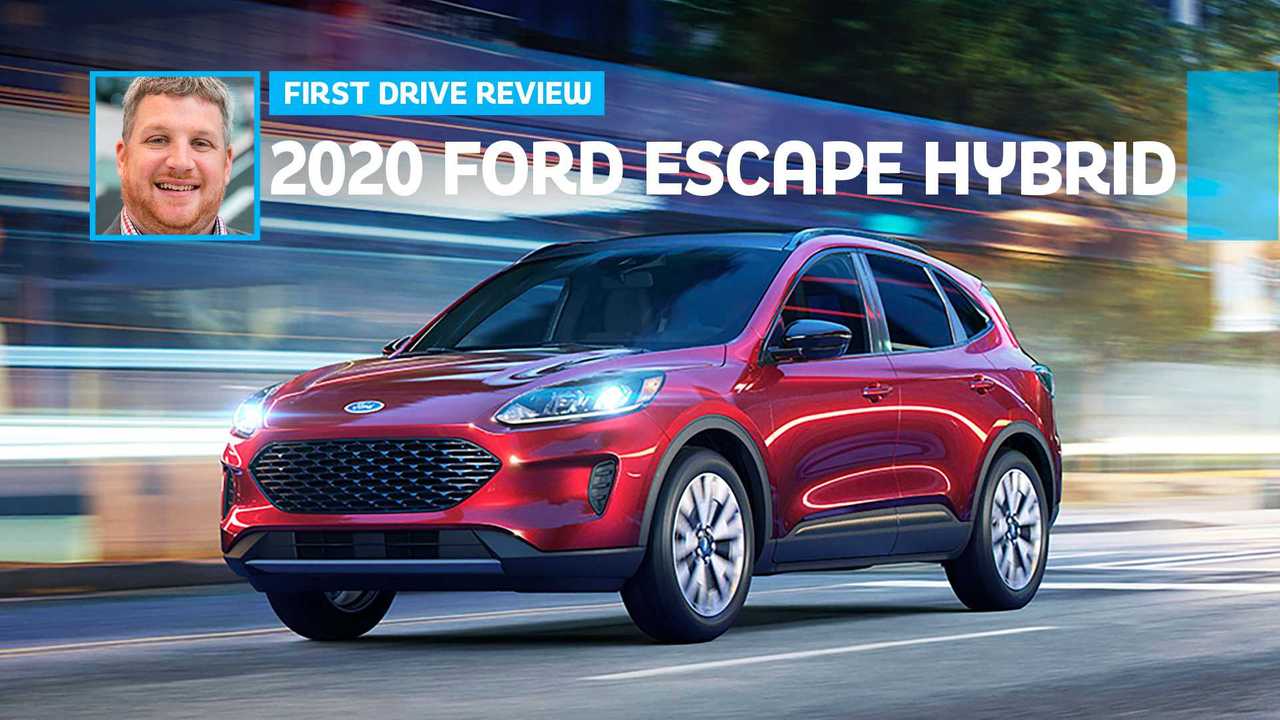 There are few things more annoying than getting a brand-new toy only to find out it’s going to be obsolete almost immediately. While that’s annoying with a cell phone or smart watch, imagine how it’d feel with a $30,000 vehicle.

Replacing a car is not easy and rarely practical, which makes its obsolescence a far more pressing concern. And that brings us neatly to the 2020 Ford Escape Hybrid, a very good compact crossover that will remain so right up until the Escape’s first plug-in hybrid powertrain hits the market.

The Escape Hybrid’s package is a familiar one. Unlike the Explorer Hybrid and its cousin, the Lincoln Aviator Grand Touring, which opt for a more complicated layout that grants extra towing ability at the expense of refinement, the Escape Hybrid is a power-split hybrid, like what you’d find in a the Escape Hybrids of yesteryear, as well as all of Toyota’s hybrid models.

In contrast to the disjointed behavior of the Explorer and Aviator, the Escape’s powertrain is virtually free of histrionics thanks to its more conventional setup. The Escape seems always to know where the power needs to come from, which makes it very easy to forget you’re even driving a hybrid.

The gas engine and electric motors deliver a combined output of 200 horsepower. The gas engine is also responsible for 152 lb-ft of torque, although Ford isn’t publishing the electric motor’s torque output. The upcoming plug-in hybrid will be slightly more powerful, at 209 hp, and replaces the standard 1.1-kilowatt-hour battery with a 14.4-kWh setup that balloons the Escape’s weight from 3,554 pounds for a front-wheel-drive hybrid to 3,884 pounds for the plug-in model, which is front-drive only. Heck, the PHEV is heavier than even the all-wheel-drive hybrid, which tips the scales at 3,706 pounds. Point being, batteries are heavy.

The Escape Hybrid’s output sits neatly between the standard Escape’s 181-hp base engine and optional 250-hp turbocharged four-cylinder, but gas-electric combo’s personality is more likable than both. Along the winding, hilly roads outside Louisville, Kentucky, the Escape Hybrid responds more willingly to gentler acceleration than its gas-only counterparts. You can feel the reassuring, silent pull of the electric motor’s torque, especially in situations where the gas-only model’s eight-speed automatic may have kicked down a gear. Moreover, the threshold before the hybrid’s gas engine comes on seems pleasantly high, like the Escape has enough confidence in its electric motor’s thrust to keep the gas engine sidelined.

That said, our experience with the Escape Hybrid was limited exclusively to gently twisting two-lane roads, where we rarely crested 50 miles per hour and were often held back by traffic. Those are, to be blunt, the best possible conditions for this kind of hybrid, as it rarely needs to draw on the gas engine’s reserves.

The Escape has enough confidence in its electric motor’s thrust to keep the gas engine sidelined.

Force the Escape to switch on the 2.5-liter, though, and things don’t immediately fall to pieces. The naturally aspirated engine sounds more agricultural than its turbocharged, gas-only counterparts, but the volume is similarly low unless you get up to high engine speeds. Moreover, the e-CVT does a fine job of keeping the gas engine’s speed down except under the heaviest of throttle inputs. We certainly like this “gearbox” more than the standard model’s eight-speed.

Aggressive behavior does bring about problems, though. For a start, the Escape Hybrid simply isn’t very fast. Ford hasn’t released an official zero-to-60 time yet (you know, because it’s a compact crossover…), but we wouldn’t be surprised if the Escape Hybrid was well short of the turbocharged 2.0-liter engine’s time and only slightly ahead of the base turbocharged 1.5-liter three-cylinder engine’s. Only 19 horsepower separates the Hybrid from the triple, and yet, the gas-electric model is around 250 pounds heavier. There’s also a question of refinement at higher engine speeds. The hybrid should at least outrun the upcoming PHEV, though, handicapped as it is by the weight of its batteries.

The Elephant In The Room

Any performance advantage will be minor (only a stopwatch can spot the impact of 330 pounds on performance), though. The PHEV will almost certainly match the standard hybrid’s character and refinement (both in good and bad ways), but with Ford citing an all-electric range of more than 30 miles, it will inevitably be more efficient. How much more efficient, though, is difficult to say, as the Environmental Protection Agency hasn’t even released economy figures for the hybrid, let alone the PHEV. The plug-in powertrain will be available on all but the base Escape S. Compare that with the power-split hybrid, which limits customers to the SE Sport Hybrid and the Titanium.

The Escape Hybrid does have its merits, though. For a start, it’s hard to imagine the normal hybrid will be more expensive than the plug-in, even with a $7,500 federal income-tax credit working in the PHEV’s favor. Take the outgoing Fusion, for example. The plug-in-hybrid Fusion Energi has just a $4,609 federal income-tax credit working for it, but even if the customer could take advantage of that incentive, the Fusion Hybrid was still $2,391 less expensive.

The Environmental Protection Agency hasn’t even released economy figures for the hybrid, let alone the PHEV.

Prices for the SE Sport Hybrid begin at $28,255, while the Titanium rings up at $33,400. If the outgoing Fusion is any indication, that’d put the cheapest Escape plug-in well north of the $30,000 barrier. For fuel-sippers in snowier climates, the Escape Hybrid may make more sense, too. It offers all-wheel drive as a $1,500 option. The plug-in, though, is only available with front-wheel drive.

Until Ford releases pricing for the Escape’s plug-in powertrain, we can’t in good conscience recommend the Escape Hybrid. The promise of 30-plus-all-electric miles with the expectation of an identical driving character and degree of refinement is difficult to ignore. But if you can’t wait to get a fuel-sipping crossover or you absolutely need strong hybrid fuel-efficiency and all-weather ability in a single package, the hybrid is the best version of the Escape you can get (for now).