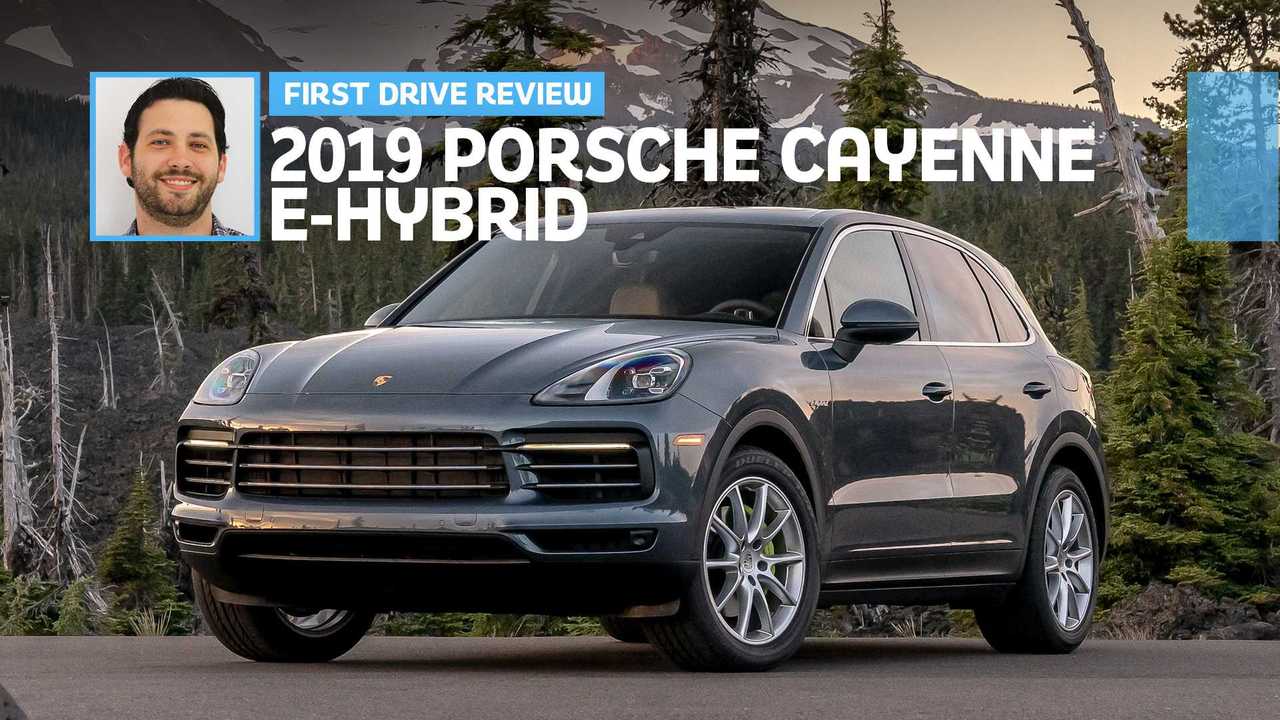 The Porsche Cayenne E-Hybrid offers 21 more horses than the Cayenne S for $3,200 less.

After sampling it across the pond, the 2019 Porsche Cayenne E-Hybrid has arrived in the U.S. to disrupt the traditionally horsepower-based hierarchical order of submodel trim levels. With a peak output of 455 horsepower from its 335-horsepower turbocharged 3.0-liter V6 engine and 134-hp electric motor, the $81,100 E-Hybrid houses 21 more ponies than the $3,200-pricier Cayenne S.

Although the gasoline-electric plug-in hybrid weighs a substantial 606 pounds more than its pricier kin due to its powertrain’s additional hardware, the E-Hybrid’s extra heft fails to dampen its spirits on the snaking roads that meander between east and central Oregon. Riding on a set of staggered Bridgestone Dueller H/P Sport summer tires wrapped around $1,720 worth of optional 20-inch wheels (19-inchers are standard), the all-wheel-drive Porsche sticks to the tarmac like a gecko on a wall.

A twist of the steering-wheel-mounted mode switch – part of the E-Hybrid’s standard Sport Chrono package – places the Cayenne E-Hybrid in its Sport Plus setting (the switch also includes Hybrid Auto, Sport, and E-Power driving modes). In short order, the steering firms up, the adaptive dampers stiffen (while the optional $2,170 air suspension also lowers the vehicle’s ride height), the powertrain is more responsive to accelerator inputs, and the gas engine works to charge the battery pack to ensure the electric motor achieves maximum performance. With the air suspension, the ride is noticeably choppier in Sport Plus mode, but it’s a small price to pay given the limited body motions that ensue as the Cayenne pushes itself through the sweeping corners that mark Oregon’s tree-lined roads. Swap back to Hybrid Auto and the ride softens, while body roll is more prevalent.

Further exploiting the E-Hybrid’s dynamic capabilities are an optional, $1,620 rear-wheel steering system that cuts the crossover’s steering ratio from a sports car-like 13.1:1 to an even quicker 12.2:1, a steering rack that’s near-perfectly weighted through turns, and a responsive and unobtrusive eight-speed automatic transmission with steering-wheel-mounted paddles. The braking system is about the only piece in the E-Hybrid’s dynamic arsenal that falls short of the Porsche nameplate, as the setup’s initial dose of regenerative braking makes for a grabby and inconsistent pedal feel before the mechanical binders kick in.

With launch control engaged, the E-Hybrid makes its way to 60 miles per hour in a manufacturer-claimed 4.7 seconds and on to a top speed of 157 mph. The former figure betters the base Cayenne S by 0.2 second (albeit adding the $1,130 Sport Chrono package and its launch control system to the Cayenne S results in a sprint to 60 mph of 4.6 seconds), while the latter falls short of its pricier sibling’s 164-mph top end. No matter how you slice it, though, the Cayenne E-Hybrid isn’t slow. Plus, the near-immediate power of the electric motor all-but eliminates any lag from the gas engine’s single turbocharger.

No matter how you slice it, though, the Cayenne E-Hybrid isn’t slow

Of course, the ace up this crossover’s sleeve is its ability to drive short distances on electricity alone in its default E-Power mode. The Environmental Protection Agency has yet to release fuel efficiency or range estimates for the Cayenne E-Hybrid, but the on-board computer predicts an electric driving range of more than 20 miles from the Porsche’s almost fully charged 14.1-kilowatt-hour lithium-ion battery pack. Once the pack’s juice runs low, the crossover swaps to the efficiency-minded Hybrid Auto mode, which seamlessly switches between the crossover’s gasoline engine and electric motor as conditions deem fit. In fact, the swap between power sources is so unobtrusive that the tachometer’s sudden spring to action and the hushed growl of the V6 engine are the only giveaways that the electric motor is no longer working on its own to push the crossover forward.

Left to its own devices, the electric motor is capable of taking the Cayenne E-Hybrid up to 83 mph before asking for help from the V6 engine. High-speed acceleration in E-Power mode is tepid at best, and it takes a concerted effort to avoid pushing past the accelerator pedal’s detent that tells the gas engine to fire up and assist in bringing the crossover up to speed. Nevertheless, the electric motor’s 295 pound-feet of torque offers enough grunt to get the Porsche off-the-line with relative gusto, and for passing slower-moving traffic at city speeds.

Only keen eyes will notice the E-Hybrid isn’t a run-of-the-mill Cayenne, as the gasoline-electric crossover’s exterior differences are limited to trim-specific badges, a rear-fender-mounted charge-port door, and Acid Green brake calipers (customers can delete the latter feature at no cost, too). The interior is equally subtle, and only a slightly altered gauge cluster, which adds the likes of a power-flow indicator and green accents, and a handful of E-Hybrid-specific displays within the 12.3-inch touchscreen infotainment system differentiate the gasoline-electric Cayenne from the strictly gas-sipping model. Like other Cayennes, the E-Hybrid relies on touch capacitive center console buttons that are difficult to find at a moment’s notice, while the infotainment setup continues to suffer from an overabundance of confusing on-screen menus that require lots of digging to find simple functions.

This is a Porsche, though, and what the Cayenne E-Hybrid lacks in cargo volume it makes up for in driving excitement. Although the lighter Cayenne S is surely more capable than the E-Hybrid at its lateral limits, the gasoline-electric Porsche crossover’s more powerful powertrain, lower starting price, and occasional emissions-free driving arguably makes the lower-level E-Hybrid superior to the higher-end Cayenne S. 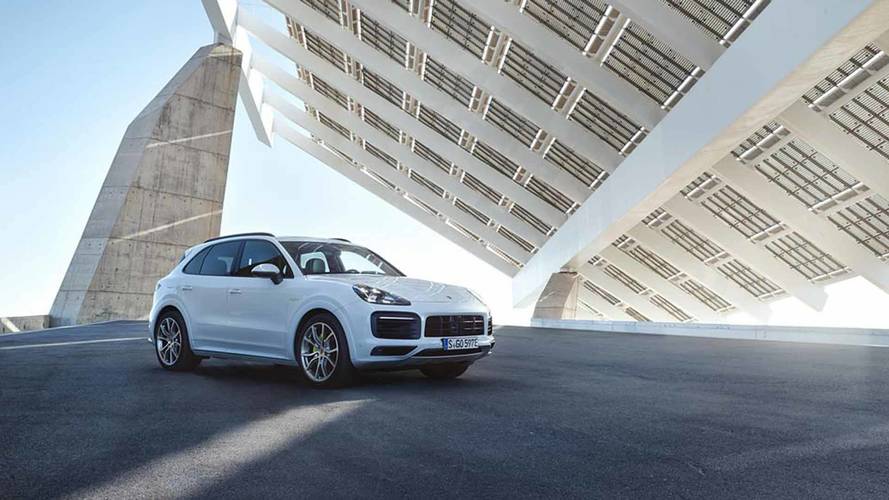