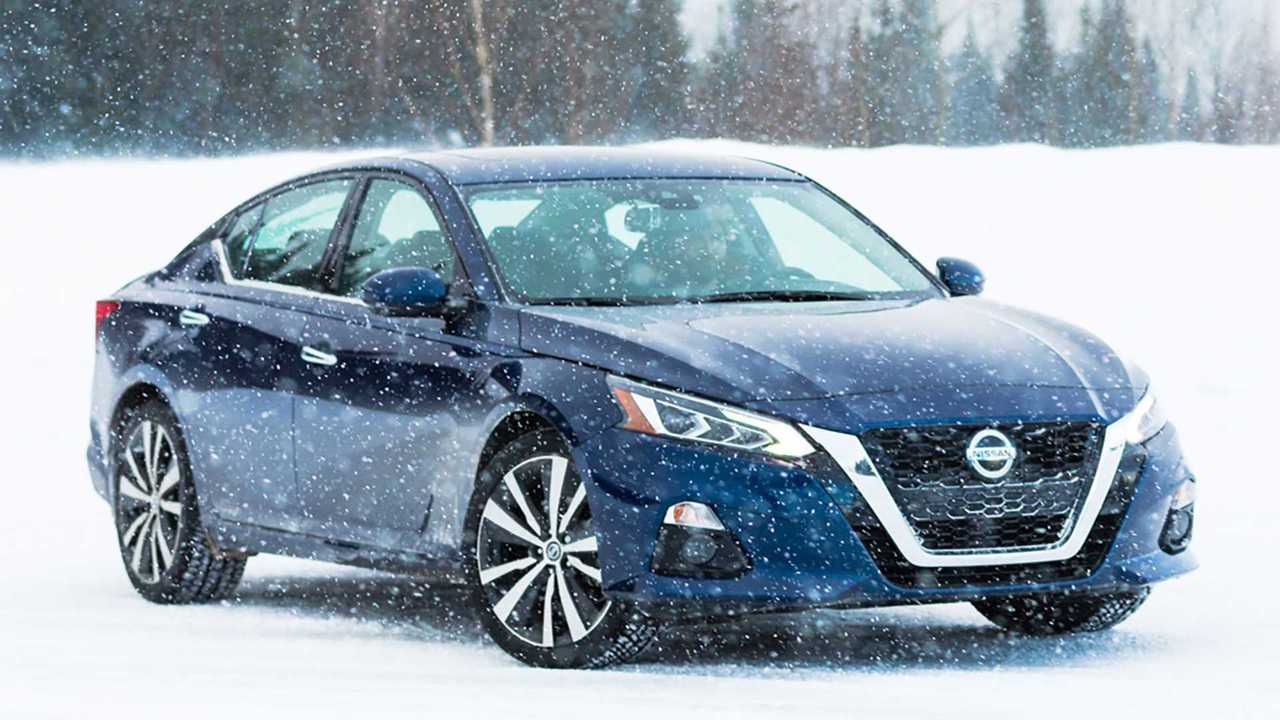 Nissan adds some all-wheel-drive, SUV-like allure to the Altima.

The 2019 Nissan Altima attempts to battle the growing number of SUVs that dominate American roads by taking a page from their book and offering all-wheel drive, one of the key capabilities that make SUVs so incredibly popular. Does this SUV-lite transformation work? And has the Altima AWD become a value-conscious family sedan with go-anywhere capability?

A drive along the snow-covered roads north of Montreal, Quebec, Canada proves the answer to both questions is a resounding “yes.” A $1,350 option regardless of trim level, adding all-wheel drive to the Altima is only possible with the standard 188-horsepower, 2.5-liter four-cylinder engine. To put that premium into context, the Altima AWD starts at $25,250. A Nissan Rogue, with the same all-wheel-drive system, a less-powerful 2.5-liter engine, and the same continuously variable transmission starts at $26,270.

Of course, if you want the more powerful turbocharged, 2.0-liter, 236-horsepower, variable-compression four-cylinder, you’re out of luck. That engine is available only in front-wheel drive format. It’s a shame, too, because the added grip from this powertrain encourages drivers to nudge further against the car’s lateral limits. Towering snow banks along the two-lane roads that took north toward the Mecaglisse race circuit were always present, eager to punish us for exceeding those limits.

Located two hours north of downtown Montreal, a wintry run around Mecaglisse was a prime way to test the Altima’s new all-wheel-drive system. Identical to the setup found in the Nissan Rogue, Nissan designed the new Altima to accept all-wheel-drive hardware from the outset to keep weight and handling in check and to mitigate the inevitable drop in fuel economy.

According to Nissan, the addition of all-wheel drive adds about 120 pounds to the Altima. You’d never notice it from behind the wheel, though, and you might not at the fuel pump, either. While all-wheel drive can sometimes lead to a significant drop in fuel economy, the Altima AWD S, SV, and SL return a respectable 26 miles per gallon in city driving and 36 mpg on the highway. The upmarket SR and Platinum trims offer a slightly lower EPA-estimated 25 mpg city and 35 mpg highway.

For comparison, the most efficient front-wheel-drive Altima delivers 28 mpg in city driving and 39 on the highway. Compare that with its high-riding sibling, the Rogue, which nets 26 city, 33 highway, and 29 combined.

The Altima AWD leads its indirect crossover counterpart when it comes to fuel mileage. But how does it feel from behind the wheel?

The electronically assisted steering is more precise than the outgoing Altima’s, making the car easy to drive and simple to maneuver around obstacles. But in a direct comparison, the 2019 Honda Accord and 2019 Toyota Camry might ultimately be more agile. Nissan can still take credit for making the new Altima livelier and more fun to drive than the previous model without sacrificing any ride comfort.

The power the naturally aspirated four-cylinder provides is fine for most driving, though it occasionally gets loud when really getting a move on. Thankfully, the continuously variable transmission is well-behaved and rarely leads to the manic engine revving that was once the bugbear of so many CVTs.

The power the naturally aspirated four-cylinder provides is fine for most driving.

Newly standard features like Apple CarPlay and Android Auto, not to mention plenty of USB outlets, made life in the base Altima S trim model a painless experience. We jumped across several different trims throughout the day, but besides increasingly fancy features (leather seating, a heated steering wheel, an in-dash navigation system, etc.), there was no discernible difference between any of them when it came to the cars’ power, ride, and handling behaviors.

If you’ve spent time in a regular Altima, the transition to the all-wheel-drive model is identical from the cockpit. Shocking, we know. The dashboard has a clear and easy-to-use interface, with an 8.0-inch touchscreen that allows for simple scrolling through audio settings and navigation commands.

The best part of the Altima AWD is how seamless the system is in operation, even when the road is transitioning from snow to sheets of ice, and back again. When really pushing, we could get the Altima to slide gently wide on some corners. During laps on an ice racetrack at the Mecaglisse circuit, the Altima wiggled its way around the slippery course and felt much livelier than an all-wheel-drive Nissan Murano that was also trackside.

During normal driving in dry conditions, the all-wheel-drive system sends all power to the front wheels. When the computers detect slip, the direct up to 50 percent of available torque to the rear wheels. This helps explain the solid fuel economy numbers put up by the Alimta AWD, not to mention the fact that we didn’t bury the car in a snowdrift when punching the gas pedal. Granted, with only 188hp on offer, there’s only so much trouble you can get in to.

If things go wrong, it’s worth noting the Altima comes standard with automatic emergency braking and forward collision warning. Available safety features include a 360-degree camera, traffic sign recognition, and adaptive cruise control. This last feature is an integral part of Nissan’s ProPilot driver-assistance system, which allows the Altima to safely follow a vehicle ahead while the car assists with braking, acceleration, and a small degree of steering assistance. Weather conditions and obscured lane markings limited our time with the system, but for anyone that deals mainly in dry roads on a dull daily commute, ProPilot is worth consideration.

Does this mean the Altima AWD is suddenly a viable anti-crossover? While it offers similar all-weather grip and better fuel mileage than most compact crossovers, the Altima obviously doesn’t have the higher seating position and all-terrain capability most crossover buyers crave (even if most of those customers never actually go off-road). But while it’s missing all-terrain capability, it does boast the all-weather capability that customers are far more likely to need. That gives this mid-size sedan a much-needed win. Now it’s on Nissan to convince customers that’s enough of a plus to outweigh the two obvious advantages over a crossover.