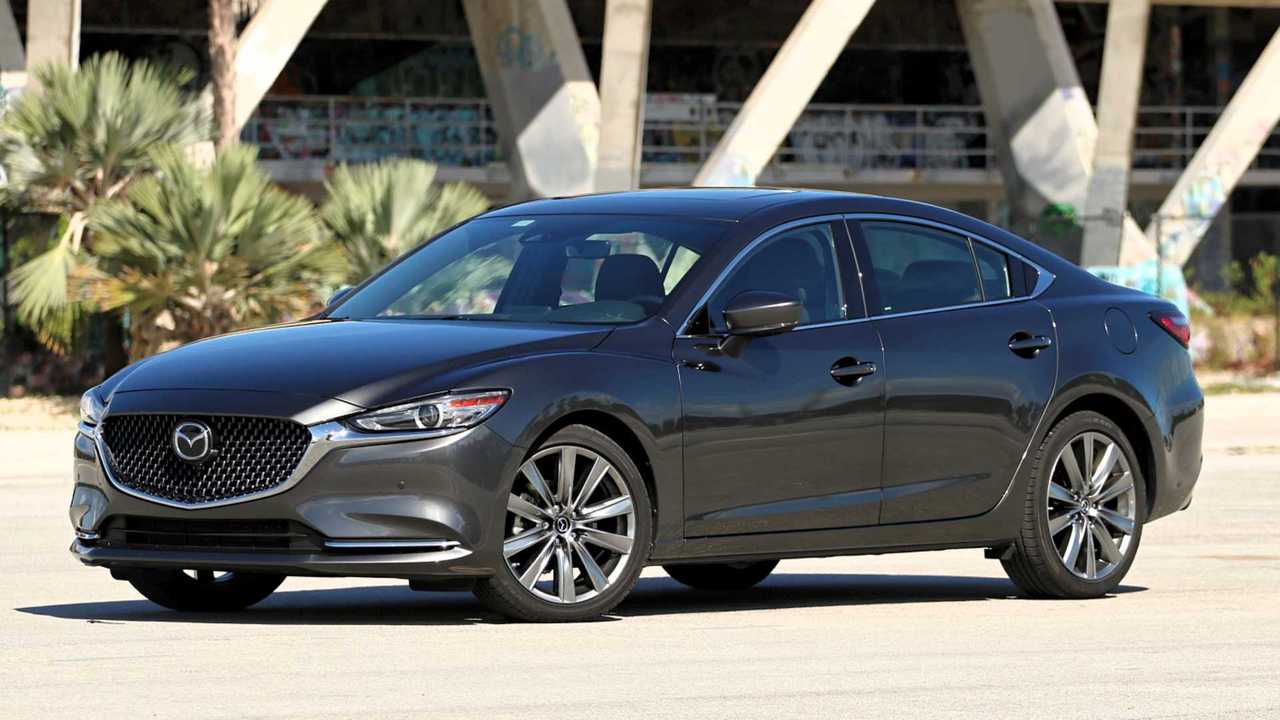 Editor’s Note: Driving Notes is a new series we’re launching for vehicles driven by our editors that, for whatever reason, don't require a full review, but we still have plenty of things to say about them. Look for more first-person, anecdotal accounts of the cars we test in the coming weeks and months.

The 2018 Mazda6 made two big changes for its latest model year, adding a new, premium Signature trim and the same 2.5-liter, turbocharged four-cylinder from the CX-9 crossover. Unsurprisingly, those are the two things that drew the attention of our editors after the updated Mazda6 cycled through Motor1.com's offices.

While the Motor1.com team had almost universal praise for the presence of the 6’s new turbocharged engine – a very promising sign for the newly turbocharged CX-5 crossover – the price tag of the new Signature trim overshadowed the pleasant material enhancements it makes to the 6. We’re also over Mazda’s infotainment system, which requires too much twisting and poking of the infotainment dial. It shouldn’t be so difficult to change radio stations

Here’s the rest of what the Motor1.com staff thought about the 2018 Mazda6 Signature.

The current-gen Mazda6 is one of the best-looking cars in the segment. That's what drew me to it initially, and – theoretically – what should do the same for buyers (even if the 2018 facelift is just a few minor tweaks). But in a tough class where the Mazda6, even with its good looks, falls behind the more established crop, its new turbocharged engine really ups the ante.

Another big selling point for me is the interior. High-quality, soft leather, Ultrasuede accents, and smatterings of real Japanese Sen wood on the dash and door panels makes the Mazda6 feel like a luxury car – more so than cars like the Honda Accord and Toyota Camry, at least. The seats are supportive, too, and there's plenty of room in the cabin to stretch out.

Really, the only thing that keeps the Mazda6 down is its price. The base 2018 Mazda6 Sport starts at a reasonable $23,000, but if you want the new turbocharged engine, it will set you back at least $29,200 for the Grand Touring model. And if you want all of the same features – like safety and tech – you get on cars like the Accord, it will cost you $34,750 for the fully loaded Signature trim.

To be honest, the premium-level Signature trim only adds a special grille and some nicer surfaces inside, so I’d recommend choosing the less expensive Grand Touring Reserve or Grand Touring trim levels. All three of those trim levels come standard with the 6’s new engine: a 250-horsepower, turbocharged, 2.5-liter four-cylinder that’s also shared with the much larger CX-9 full-size crossover SUV. It’s a welcome upgrade compared to the naturally aspirated four-cylinder the 6 has worked with for so long. Acceleration feels much easier than before, which is thanks more to the engine’s prodigious 310 pound-feet of torque than anything else.

Still, I can’t help but acknowledge that the Mazda6 no longer feels like the best-handling mid-size sedan you can buy. I think it’s a combination of its competitors getting better every year (have you driven an Accord lately?) and Mazda slowly and subtly softening the 6 to make it appealing to more people. The latest 6 still handles well, but it’s not as sharp nor as communicative as I remember examples from a few years ago being. While the car’s evolution means its Zoom-Zoom credentials aren’t quite as strong as before, I think the car is better off for it and will find more happy customers as a result.

It’ll find even more customers with a smarter infotainment system. As good as the rest of the package is, it shouldn’t take two clicks and a twist of the infotainment control dial to change stations on the SiriusXM satellite radio.

I’m not typically a fan of mainstream automakers offering luxury trim levels. Whatever changes the company makes in pursuit of premium shoppers rarely represents a good value, and the case is no different for the Mazda6’s new-for-2018 Signature trim. But I’m willing to give the Signature a pass because it does feel just a smidge nicer and more pleasant of a place to be.

The dash and seat materials are certainly more premium, with pleasant touches of Ultrasuede and real Sen wood on the dash. The Nappa leather upholstery feels a little more premium, too, although the actual support and comfort of these chairs is no different.

But it’s hard to swallow the 6 Signature’s high price tag, particularly when you consider most of the changes are simple aesthetics rather than big, functional improvements. The bottom line is that the range-topping Mazda6 is nice, but it’s not $5,500 better than the $29,200 Grand Touring model. And that’s the model I’d recommend to consumers – the GT has style, looks, and technology, along with the excellent 2.5-liter, turbocharged four-cylinder. And that matters a lot more than some wood and suede.