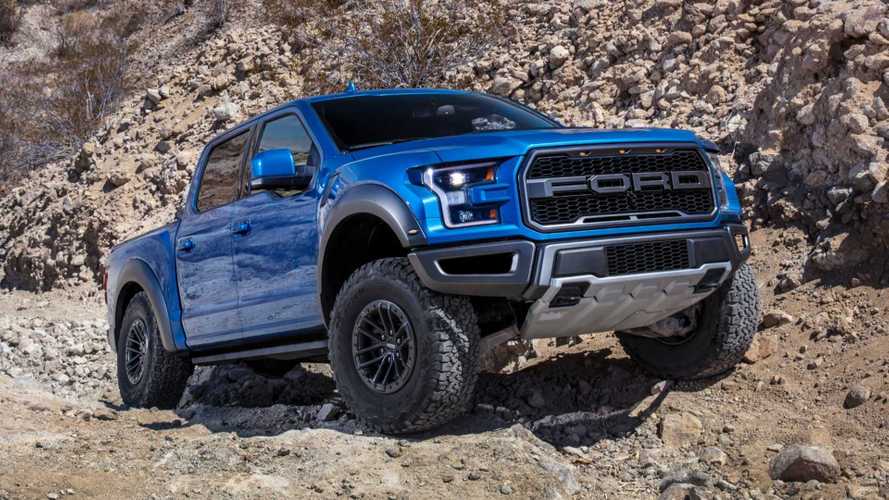 Somehow the Ford Raptor is even more capable for 2019.

The Ford F-150 Raptor has a reputation as one of the toughest, most capable trucks around. Since it arrived in 2010 and especially since its 2017 redesign, the high-performance F-150 has been putting its competition to shame with a powerful engine, an extremely capable suspension setup, and off-road abilities that can just about put professional desert racing trucks to shame. So how do engineers build on a truck that’s already so capable in the first place? Incrementally.

The updated 2019 Raptor isn’t much different from the twin-turbocharged truck that went on sale in 2017. There are big, knobby tires, aggressively flared fenders, and the signature “Ford” wordmark in the grille. Only a few minor updates like new beadlock wheels and an updated tailgate applique differentiate the 2019 model from the previous year’s truck.

Same goes for the cabin. Virtually all of the styling from the 2018 model carries over. Some keen enthusiasts might be able to point out the addition of an embossed Raptor logo on the steering wheel and new buttons above the infotainment screen (we’ll get to that second part later), but the most noticeable upgrade is to the seats.

Recaros are an option for the 2019 Raptor for the first time. You can still get the standard leather buckets (now heated and ventilated), but the new Recaro thrones are more generously bolstered, uber comfortable, and hug even tighter when tossing the Raptor around the desert. Same goes for the backseat, which also features improvements and stretches out to a generous 33.5 inches of legroom. That said, Ford's new seats aren't actually branded as Recaros, which is a little bit weird.

Otherwise, the cabin is pretty standard fare for an F-150. There’s a plethora of plastic and faux shiny trim pieces on the dash, which cheapens the otherwise aggro aesthetic. And the 8.0-inch infotainment system, with Sync 3 and Apple CarPlay and Android Auto connectivity, operates below average for the class; it looks cheap and is slow to respond. The good news is that it’s pretty easy to overlook the blasé cabin when tossing this truck around in the desert (and you should, because, you know, distracted driving).

The 2019 Ford Raptor uses the same absurdly good, twin-turbocharged 3.5-liter V6 from before. It produces a hearty 450 horsepower and 510 pound-feet. The twin-turbocharged V6 is powerful, direct, and moves the near-5,500-pound truck around like it weighs half that. Torque arrives early and with fervor, propelling the Raptor to 60 miles per hour in just about 6.0 seconds, according to Ford.

All that intoxicating power comes paired to a 10-speed automatic. It’s the only downside to an otherwise superb setup. It sloshes around aimlessly at times, and doesn’t do what you want it to do on hard braking – that is, downshift quickly and with some decisiveness. That’s the same issue we had with the pre-refresh model, and Ford hasn’t done anything to mitigate it here.

Ford has made one significant performance upgrade, though. An adaptive suspension with Fox shocks now comes standard across the board. It makes this already capable truck somehow even tougher. The shocks react to throttle, braking, and steering inputs, and dampen decisively based on what the driver is doing. The result is a big reduction in body roll – the Raptor doesn’t lumber around nearly as much as it once did – and even more prowess off-road. The Raptor meets the rocks and brush of the Utah desert cheerfully, attacking the terrain with little to no hesitation.

The Raptor meets the rocks and brush of the Utah desert cheerfully.

And here’s something all you adrenaline junkies might enjoy: The Raptor even jumps better. The new Fox shocks determine when the Raptor is airborne, and brace it for landing. Ford proved that firsthand by letting us launch the damn thing off a dirt ramp. The lawyers must have been thrilled. Despite the potential for lawsuits, the F-150 Raptor delivered a cushy landing that feels like we never left the ground. These Fox shocks may seem like a small upgrade, but they make a big difference.

Desert running may be the Raptor’s M.O. but the truck has another trick up its sleeve: Trail Control. On a basic level, Trail Control is essentially cruise control for off-roading. The new-for-2019 feature gives the Raptor the ability climb up and down inclines – some more than 20-percent grade, in this case – at speeds of up to 20 mph in a manner that feels almost automatic. Throttle and braking pressure are controlled entirely by the ECU – effortlessly, I should add – with no lurching forward or hesitation over larger rocks. It almost makes off-roading too easy.

With just a few updates, the Raptor is an even better performer. The inclusion of an updated active suspension system with Fox shocks and the newTrail Control feature give truck nuts (no, not that kind) even more reason to go out and buy a Raptor. The 2019 Ford F-150 Raptor starts at $52,855 – a slight increase from the 2018 model, which started at $50,675.