Because sometimes, the best coupe is actually a sedan.

A few months ago, I reported a neat factoid: the best-selling version of the BMW 4 Series is actually the four-door Gran Coupe. That’s kind of a weird statistic at first blush, but after living with the similarly shaped Audi S5 Sportback for a week, I get it. This swoopy S5 looks cooler than the traditional A4 or S4 sedans, and the hatchback configuration makes it more functional, to boot. Plus, it has four doors, so you can easily throw backpacks and grocery bags (and, you know, people) in the rear seats – no need to flip the front seats forward, like in a two-door A5/S5 Coupe. If I were shopping Audi A4/A5/S4/S5 models, this S5 Sportback is definitely the one I’d buy. 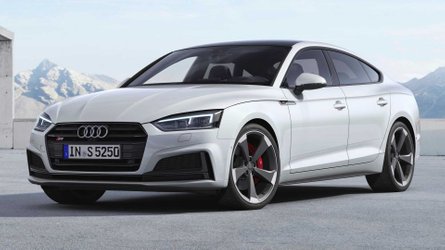 Looks rad (mostly). I love, love, love Audi’s Sportback models – the last-generation A5 (which we didn’t get in the U.S.) was a real looker, and the larger A7, well, shut up and take my money. Up front, I do think the angular headlights of the S4 sedan would look better here, but as soon as I see this car from the profile, or from the rear three-quarter angle, I’m smitten. The 19-inch wheels and red-painted brake calipers on this car are nice, sporty touches, too.

Sounds rad. Switch the exhaust setting to Dynamic and there’s a warm, raspy noise coming from behind. I’ve often criticized Audi products for being too quiet – read my SQ5 review, for example – so it’s nice to have a sporty S car with an appropriately sonorous howl.

A fire inside. When I first tested the S4 on the mountain roads near Palm Springs, I got the distinct feeling that the car just wanted to keep going, faster and faster. I get that same sense from the S5 Sportback – this thing pulls hard, all day long, though you do have to dig pretty deep into the throttle to eke out the available thrust. Once you’re nestled in the powerband, there’s a wave of oomph available; 354 horsepower and 369 pound-feet of torque are more than ample for this 3,900-pound Audi. I just get the sense that you could drive this car spiritedly, all day long, and never get bored.

Love that cabin. This whole interior deserves praise – the design, the materials, they’re all outstanding. I’d probably swap out the faux carbon fiber trim for some brushed aluminum, but the blacks and grays of the dash and center stack contrast nicely with the (very supportive) red leather seats. At one point, it took me about an hour to drive six miles (thanks, LA traffic!), but I was cool and happy inside the comfy, quiet S5. I could spend all day inside this car and never be uncomfortable. 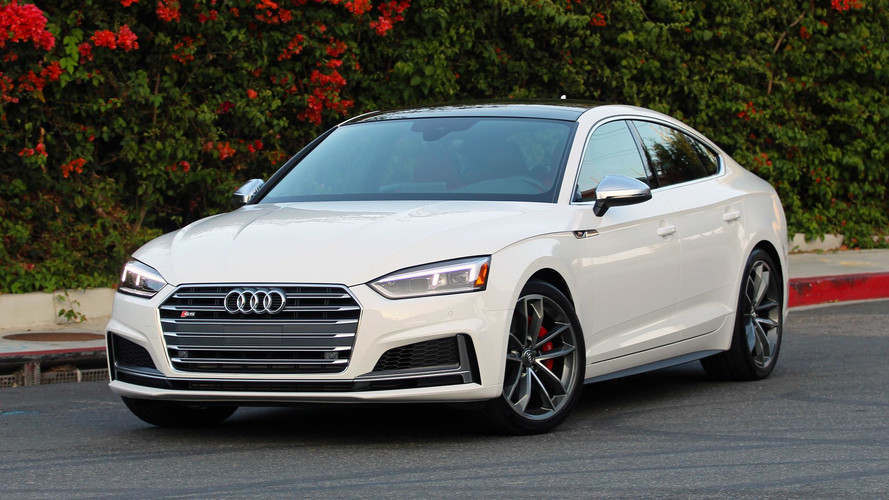 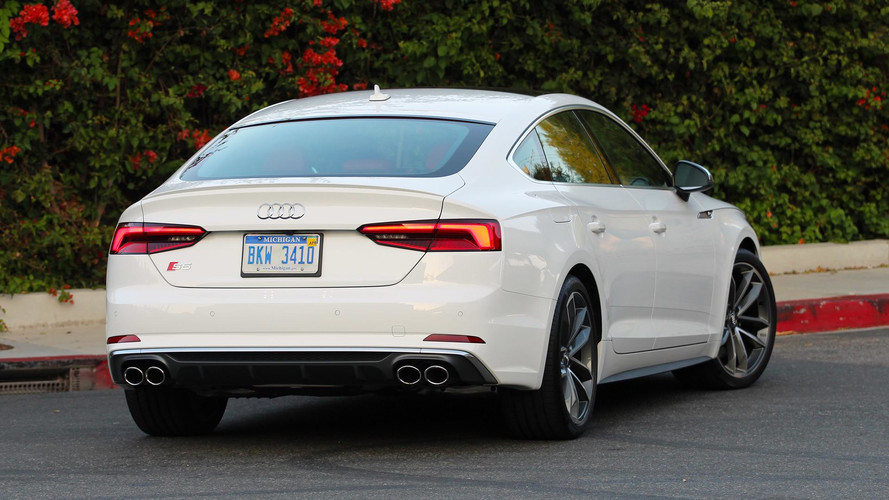 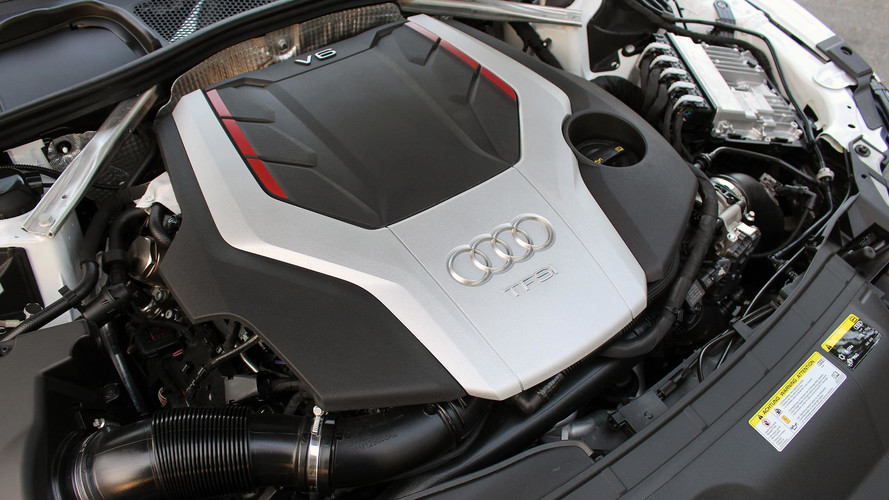 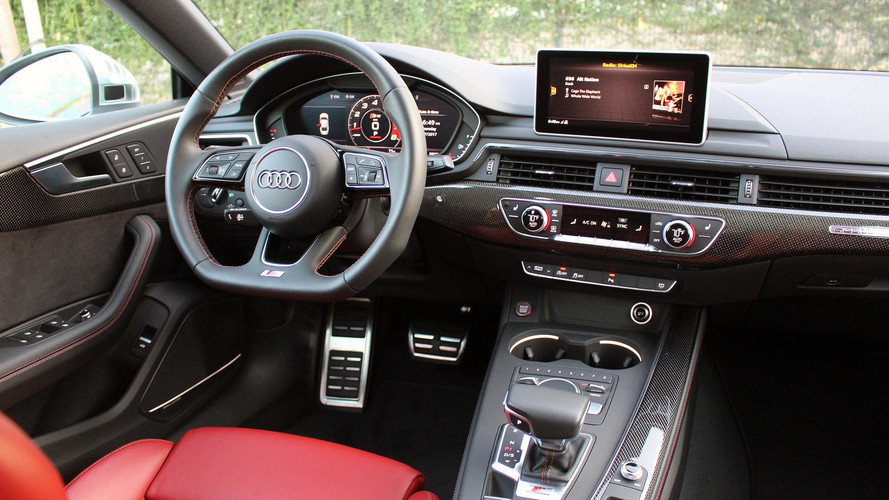 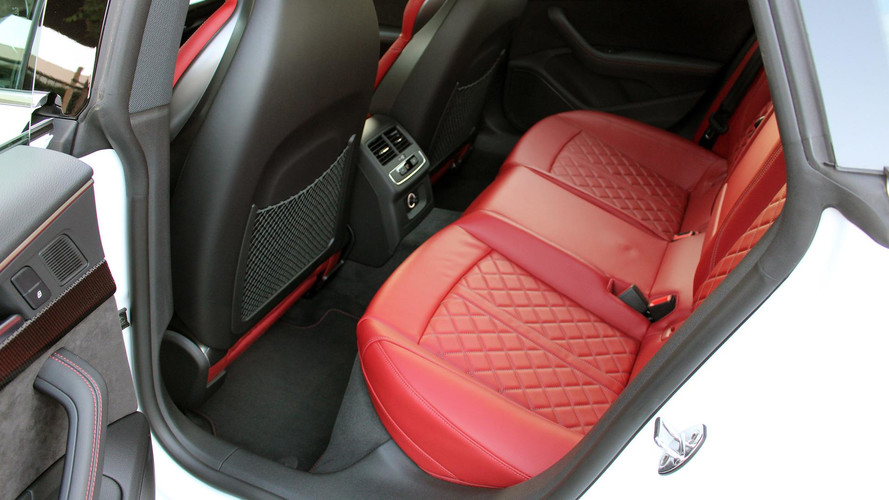 Disconnected. I want more steering feel, plain and simple. Even in the car’s sportiest Dynamic setting, the steering effort is too light and too vague. There’s a feeling of weight to the wheel, but a noticeable lack of real communication and feedback. I’m noticing this trend in other Audi models, too, and it needs to stop.

A screen too many? I could spend an entire paragraph praising Audi’s lovely Virtual Cockpit system, so please note, this nitpick has nothing to do with the tech itself. But now that I’m very familiar with the VC interface, I find the secondary screen in the center of the dashboard to be redundant. In the Q7, you can retract the smaller screen, which leaves a cleaner dash area and offers better forward visibility. I wish Audi would offer that same functionality on its other models, including the S5 Sportback.

Rational competitors. The biggest argument against the S5 Sportback is the S4 – it’s essentially the same car, and what you lose in cool roofline you make back in rear seat space. On top of that, because the S5 Sportback is priced right on top of the S4, it competes with other normal-sedan choices like the Mercedes-AMG C43, Alfa Romeo Giulia, etc. But then again, if you really do care about rear seat space, you probably aren’t shopping small sedans anyway.