2018 Land Rover Range Rover HSE Review: Because You’re Worth It

If you have the means, I highly recommend picking one up.

The Land Rover Range Rover is the most quintessential sport utility vehicle there is. Chances are it’s what pops in your head when someone says “SUV.” It has utility and off-road capability in spades, yet it’s as comfortable to drive as a luxury car. 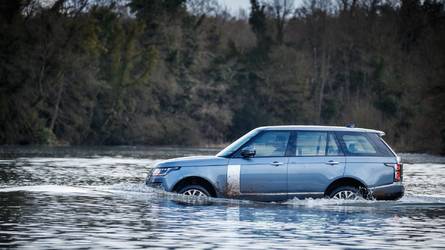 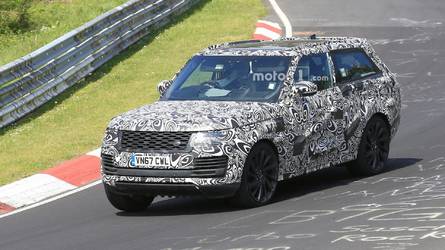 Indeed, the only thing that makes it less than perfect is its price, which is, let’s just say it, stupid high. Yet after a week of driving this 2018 Range Rover HSE powered by a turbodiesel V6, I’m convinced it’s worth every precious penny.

With a base price of $86,860, the Range Rover is not an affordable SUV. It exists in the upper echelon of off-road capable luxury vehicles with the likes of the Mercedes-Benz G-Class (base price $123,600) and the Lexus LX (base price $85,630), which is closely related to the equally capable but decidedly non-luxurious Toyota Land Cruiser.

The as-tested price of this Range Rover HSE short-wheelbase (yes, you can get the Rover in a long-wheelbase version, too) with a diesel engine and a good-sized collection of options is $108,400. To answer whether it’s overpriced or not, though, requires answering another question: does it feel worth the price they’re asking? My answer is yes, it really does. Keep reading to find out why.

Land Rover has done exceptionally well evolving the Range Rover’s exterior design over the eras. Its simplicity and elegance is iconic, and its brutalist straight lines and angles are a welcome respite from the organic curves and soft creases adopted by so many SUVs these days.

Straight lines are advantageous when designing an SUV because they create a large, unencumbered space inside for passengers and cargo. Headroom is equally excellent all around, for instance, because the roof doesn’t really dip. And the angle of the rear hatch’s window is upright enough that it’s not stealing precious cargo space for the sake of a sveltier profile.

The interior of the Range Rover has received significant updates for 2018. At this grade of luxury, the Rover met and exceeded my expectations for its quality of materials and fit and finish. The leather that’s so liberally upholstered on every square foot feels softer and more expensive than common hides in less expensive vehicles. The seats, all new designs for 2018, are likewise more comfortable and adjustable than your everyday seat. This tester was fitted with optional 20-way adjustable seats for an extra $610 – well worth the spend.

What’s most impressive about the interior of the Range Rover, however, is not what you see and touch, but what you hear and feel… or rather don’t. I’ve rarely driven a vehicle so well screwed together as this, exhibiting no – zero, zilch – squeaks, rattles, or groans. It is billet, of a single piece, and there was no road surface I found that could break its vow of silence.

Noise from the road and wind are equally as imperceptible. The soundtrack of our tester’s diesel engine did sneak into the cabin somewhat, but again, Land Rover engineers have managed to isolate the engine’s low frequency vibrations and clatter better than any diesel-powered vehicle I’ve driven.

As big a vehicle as this is, the Range Rover is still a two-row SUV, not three-. That means there’s ample cargo space to the tune of 31.8 cubic feet with the second row of seats in place and 68.6 cubic feet with them folded forward. There’s also a long-wheelbase model that provides more second-row legroom and increases overall cargo capacity to 75.6 cubic feet.

Speaking of cargo, accessing it through the rear hatch happens a little differently than with most SUVs. The hatch is split horizontally in two, with the top half rising up and the bottom half opening like the tailgate of a truck. Both doors are powered, though I struggle to realize what the benefit of bisecting them was. Also, the liftover height to get items into and out of the cargo area is a bit high, but thankfully the Range Rover’s air suspension can squat to lower it for you.

The Range Rover has really leaped ahead in terms of technology as part of its 2018 refresh, adopting the same Touch Pro Duo system found on the newer Range Rover Velar. Where before there was one screen to control all the Rover’s infotainment functions, the new Touch Pro Duo features a pair of beautiful 10-inch touch screens. Take note Honda/Acura: this is how you do dual infotainment screens.

Some tasks can be done on both screens, but navigation, audio, and communication controls are generally located on the top screen and climate control, seating, and vehicle settings reside on the lower screen. The graphics on both displays match and they’re gorgeously crisp and vibrant.

As impressive as Touch Pro Duo is, the Range Rover’s score in this category was curtailed by the inexplicable absence of Apple CarPlay and Android Auto. In 2018, especially with a brand new infotainment system, their absence is both conspicuous and costly.

There are other items inside the Rover that surprised and delighted. In particular, the gesture sunblind is an ingenious bit of tech. While we’ve typically decried the use of complicated gesture controls from manufacturers like Cadillac and BMW, Land Rover was smart by implementing it only for a simple task: opening and closing the sunblind. Flick your hand above your head and it opens, reverse the motion and it closes. So simple, and it works every time.

Land Rover’s Activity Key, which looks like a wrist-bound Fitbit and lets you lock and unlock the vehicle without your key, is a more questionable bit of tech. Yes, it works well for leaving your keys in the car when it’s inconvenient to carry them (say you’re about to go surfing), but Ford’s ages-old solution of a numbered keypad near the driver’s door accomplishes the same thing and doesn’t require that you carry anything with you.

You can have your Range Rover with lots of engines, including two supercharged V6s, a plug-in hybrid system, a 518-horsepower supercharged V8, or our tester’s beating heart, a 3.0-liter turbodiesel V6 producing 254 horsepower and 443 pound-feet of torque. This engine matches the personality of the Range Rover better than its siblings with its abundant torque and low-key, relaxed nature. The revs never spin too high, and acceleration is easy and fluid.

Sure, this diesel-powered Range Rover is no barnstormer, but there are plenty of ridiculously overpowered high-performance SUVs out there to pick from, including Land Rover’s own. For people who want effortless luxury, the diesel is where it’s at. Curiously, it doesn’t offer any towing advantage over the other available engines; all are rated to tow a maximum of 7,716 pounds except for the plug-in hybrid P400E model, which can still tow a mighty 5,511 pounds.

Handling the Rover’s, erm, handling, is an air suspension that’s standard on all models. The intelligent suspension adapts to every situation, lowering automatically at highway speeds and when the vehicle is parked, and manually dropping with a press of a button when you’re loading items into the cargo area. It can also be raised 1.6 to 3.0 full inches (for a maximum ground clearance of 11.7 inches) depending on how arduous the terrain ahead is. This is a Land Rover after all, so the Range Rover must be a capable rock crawler, no matter how unlikely its tires will ever touch dirt.

As expected of a vehicle costing more than 100 grand, the Range Rover, in particular this HSE model, has every modern safety technology imaginable. Some are standard, though, while others cost extra.

Standard on the HSE model is automatic low-speed emergency braking, lane departure warning, a driver conditioning monitor that beeps when you’re getting drowsy, and traffic sign recognition technology that, if you want, pairs with an adaptive speed limiter to contain your top speed to legal limits.

Our HSE tester also came with the Vision Assist Package ($2,400) that includes auto high-beam assist and a head-up display, as well as the Drive Pro Pack ($1,630) that includes adaptive cruise control with high-speed emergency braking, lane keep assist, and blind spot assist. Relatively speaking, these are inexpensive option packages for what you get.

Fuel economy for the Range Rover powered by any other engine option (excluding the plug-in hybrid) is abysmal, but with the turbodiesel, it’s delightful. The Environmental Protection Agency rates the diesel-powered Range Rover at 22 miles per gallon in the city, 28 on the highway, and 24 combined. In real world driving, I experienced a combined rating that was closer to the official highway rating of 28 mpg.

True, diesel fuel costs more per gallon than gasoline, and you’ll periodically need to refill the diesel exhaust fluid reservoir, but in return you get fuel efficiency a compact crossover would be proud to report and a driving range of 545 total miles.