All-wheel drive has dramatically improved the new M5’s performance, without sacrificing the feel that made you want a Bimmer to start with.

You wouldn’t think, with a 600-horsepower V8 engine under the hood, that the most interesting facet of BMW’s mega new M5 would be the latest xDrive system (with its trick active differential), but that’s a fact. One that was hammered home as I was making a sweaty palmed, hilarious tail-out slide around Estoril’s 13th corner, Parabolica Ayrton Senna.

Having just activated the 4WD Sport setting of the M Dynamic Mode, it took me all of two corners to determine that – as advertised – the all-wheels-driven M5 could behave just like a rear-drive car with a little goading. And yet, massive grip was still evident for straight line acceleration when I realized how far I’d fallen behind the car ahead, with its cleaner racing line. 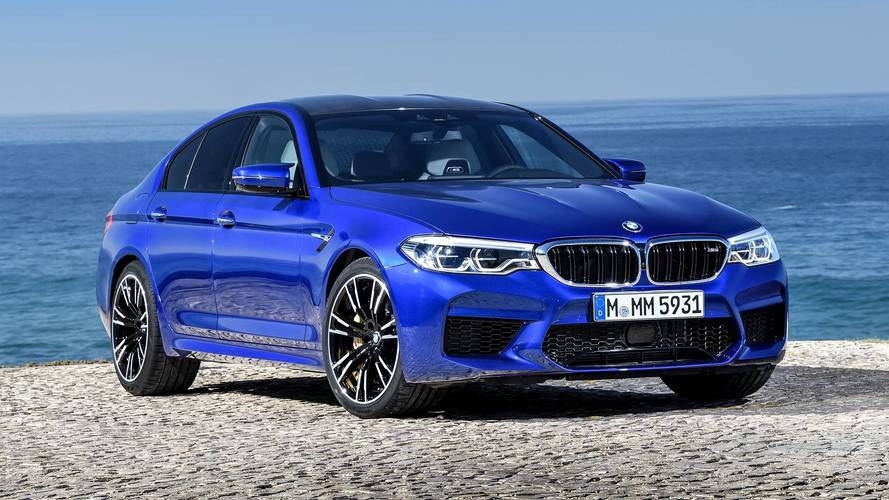 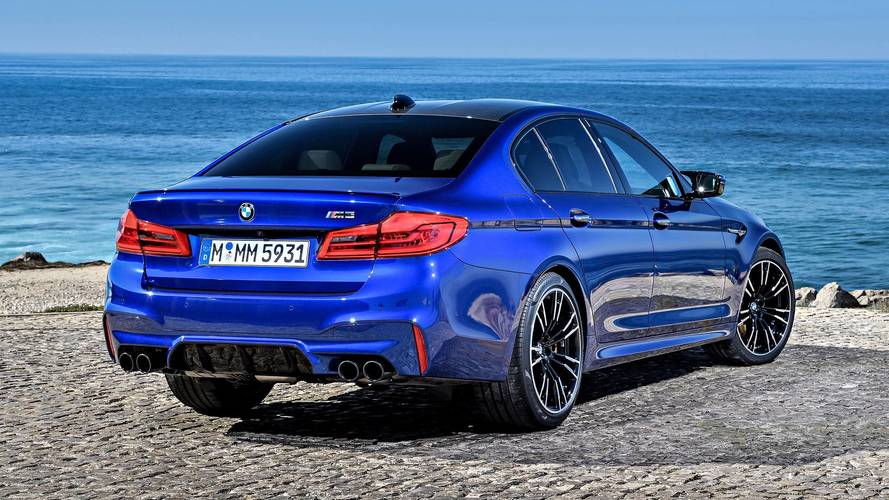 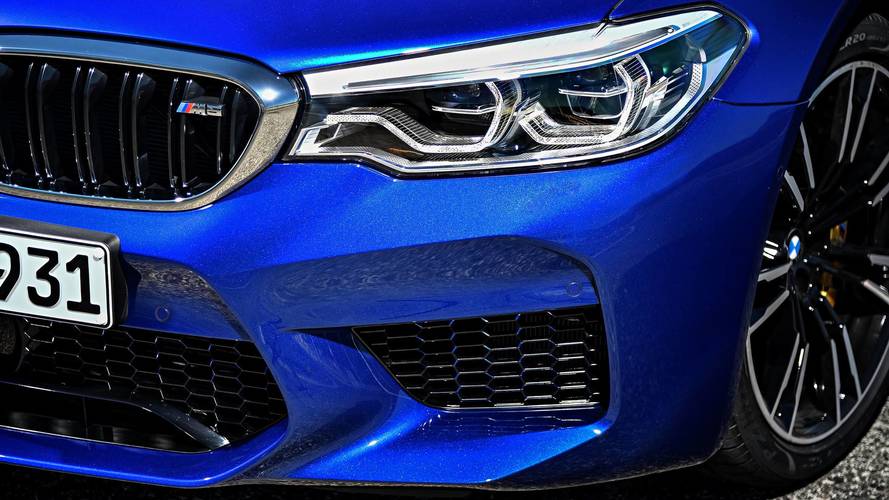 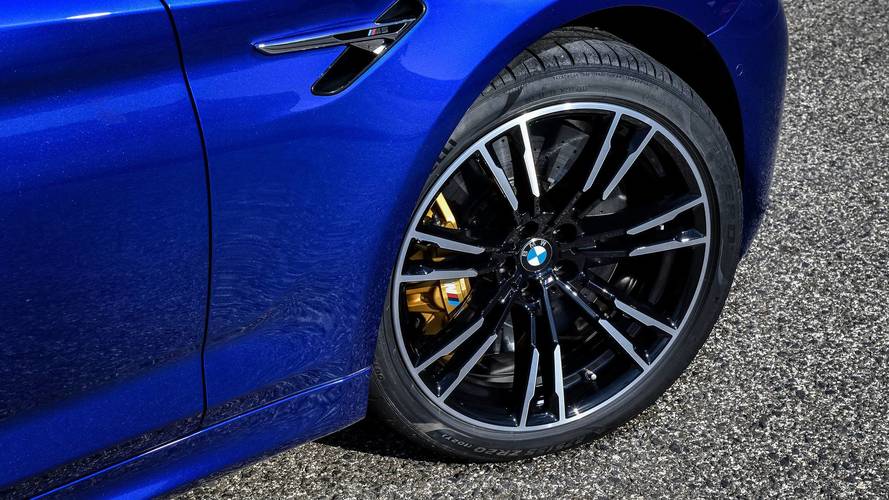 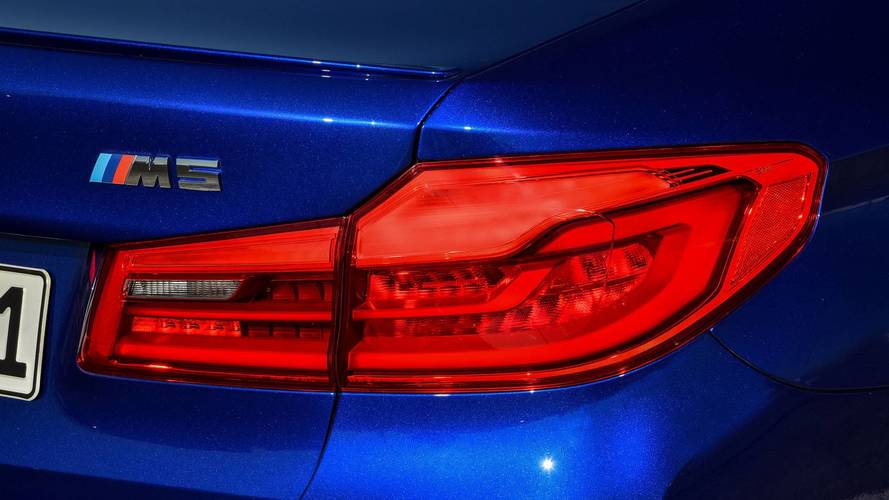 It took me all of two corners that – as advertised – the all-wheels-driven M5 could behave just like a rear-drive car with a little goading.

Not only is that recipe brilliant for making a big sedan quick around a racetrack, it is essential, in my mind, for protecting the “M-ness” of this new M5. That is to say: creating a car that’s just as concerned with driving joy as it is with moving quickly with unerring precision. After all, who among us wouldn’t sacrifice a tiny bit of exit speed for a hilarious dollop of slip angle, if we’re really being honest?

Should 4WD Sport prove still too restrictive (never the case for me, on road nor track), BMW does offer a 2WD mode as well. The addition of a drive mode to what is, let’s tell the truth, a very complex car, may not sate the purists, I’ll grant you. But it really does open up the operating profile of the car to a major degree.

The M5 would not be true to its lineage (or half as riotous) were in not for the impressive powertrain, of course. The 4.4-liter biturbocharged V8 metes out the previously mentioned 600 hp, along with 553 pound-feet of torque, and pushes the car to 62 miles per hour roughly as quickly as a McLaren can make the jump: 3.4 seconds. I tend to avoid the overemphasis of 0-60 times, but it’s fair to mention that the xDrive system allows for that kind of acceleration without having to have preternatural reaction time, or a sticky starting box at a drag strip. 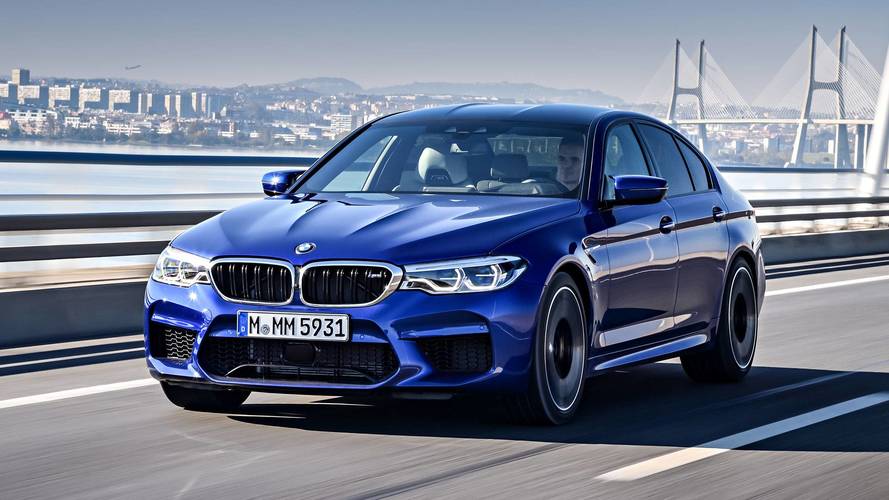 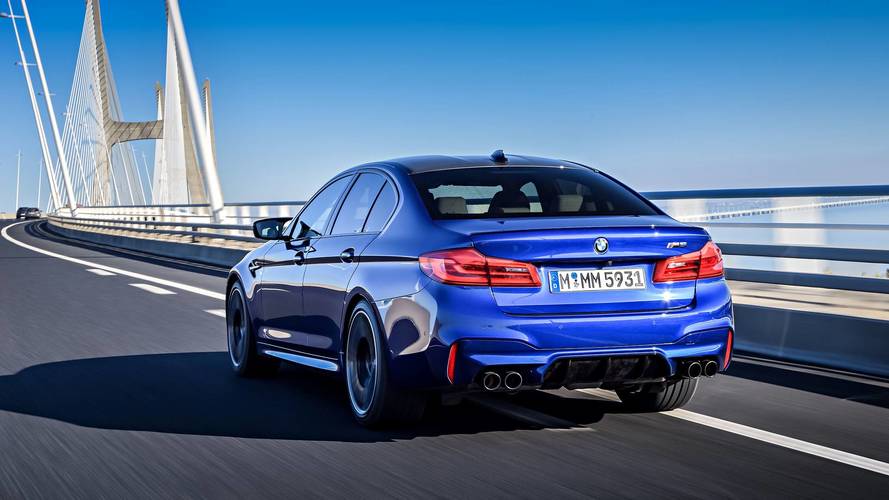 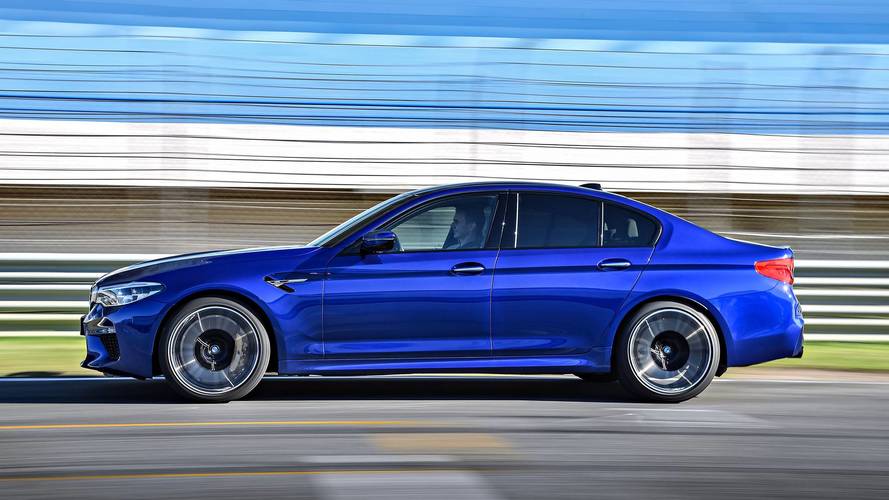 On the motorways around Portugal’s Sintra region, the BMW really startled me on a couple of occasions, when I stomped on the gas pedal, and the car leaped up like a live thing to pass cars driving the speed limit.

And that, in turn, make this a fast car that you can really feel working. On the motorways around Portugal’s Sintra region, the BMW really startled me on a couple of occasions, when I stomped on the gas pedal, and the car leaped up like a live thing to pass cars driving the speed limit. That response is aided by the M Steptronic eight-speed automatic gearbox, which – in any drive mode – seemed willing to instantly drop gears when I called for more speed. In manual shift mode, I found ratio changes to be smooth and extremely quick as well; a super-accurate stopwatch might find some lag relative to the best dual-clutch systems, but my human brain really couldn’t.

For the entirety of the nameplate, “M5” has stood for a balance between high-performance and luxury. With the fantastically capable F90 5 Series as its base, this M5 is objectively better at both types of driving than any car to wear the badge, too. The split personality was represented quite well sonically: at highway speed, but under low throttle loads, the car is really quiet, with both wind noise and tire roar kept in check. But when I decided to fully flog the car, the exhaust delivered up a stirring (if still not entirely unmanicured) V8 song to punctuate every apexed corner.

Ride quality is also quite posh. Out on country roads it was hard for me to find a surface that might rattle the big sedan, and even in the sportier modes the M5 ride never felt crashy or brittle or too stiff. Meanwhile, at my version of track-speed corners, the BMW was impressively stable and firm in dealing with high g-forces. Sure, one won’t forget this is a car that dresses out at more than 4,200 pounds when throwing it into a hairpin – the body does move around somewhat. But the fact remains this is an impressively agile machine considering its generous proportions. 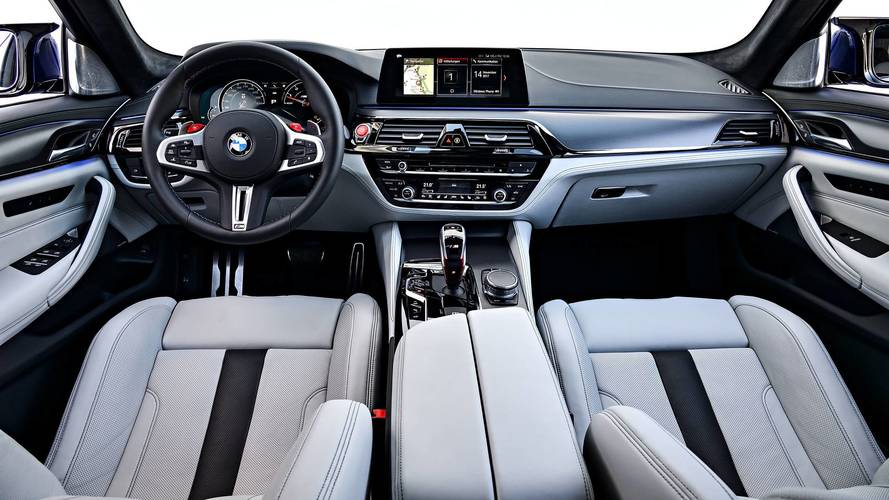 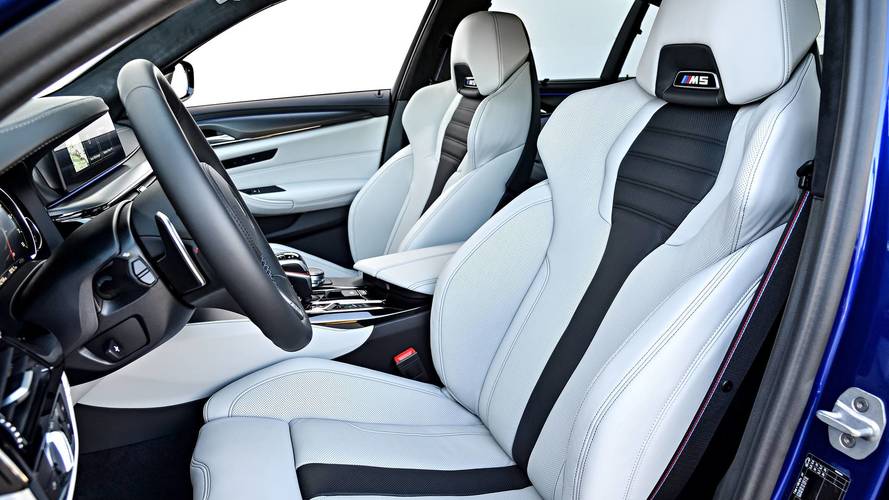 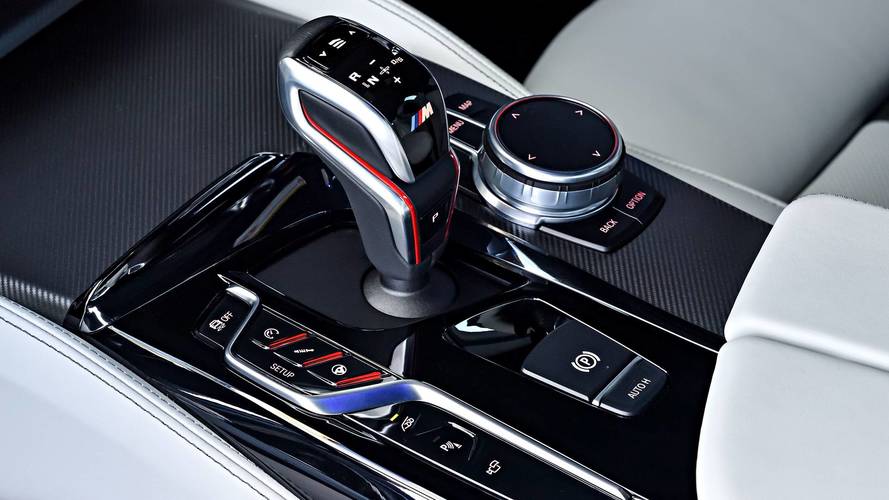 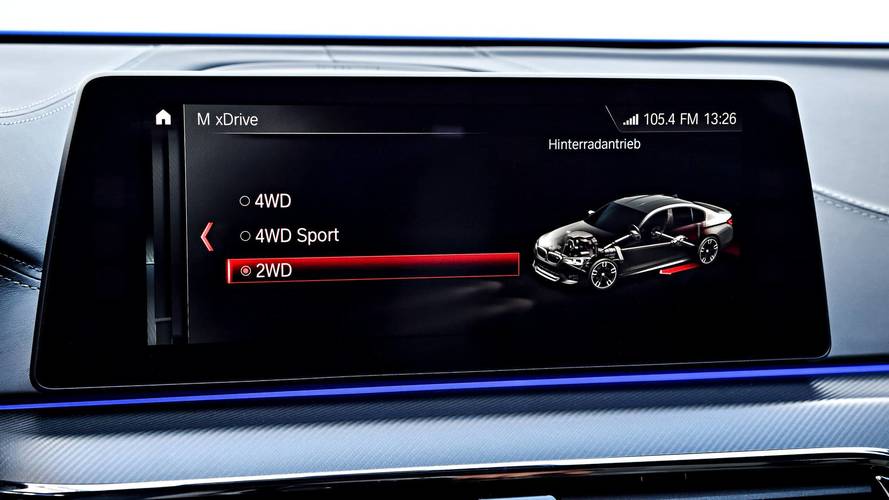 The M5 does nothing but add to the already pleasurable experience of owning and driving a 5 Series.

The M5’s mass was very well controlled by beefy “M-compound” six-piston-front brakes. Not that many real-world M5 drivers will track these beasts… Oh, and, of course carbon ceramic units are optional. On backroads and over the course of a few near-emergency stops (Portuguese drivers can be slightly erratic), the brakes felt strong.

Really the only place I felt let down in terms of aggressive driving, was with the feel from the electric power steering. M-specific tuning to add effort (weight) to the wheel is effective in terms of both steady on-center behavior, and reasonably rapid turn-in. But it does all that without giving me much information at real-world speeds. Yeah, at Estoril I could feel the tiller tingle as my tires started to give up grip, but even driving hard on public roads, the feel was quite numb.

For the rest, the M5 does nothing but add to the already pleasurable experience of owning and driving a 5 Series. I found the interior to be incredible comfortable, with sport-oriented seats giving a huge range of adjustment for my six-foot, five-inch body, and still bolstering effectively for high-performance driving. Visibility forward and to the sides was excellent, and all sight lines bolstered by an array of cameras, and sensors for keeping you safely in your lane, or helping you back into a parking spot, for instance. 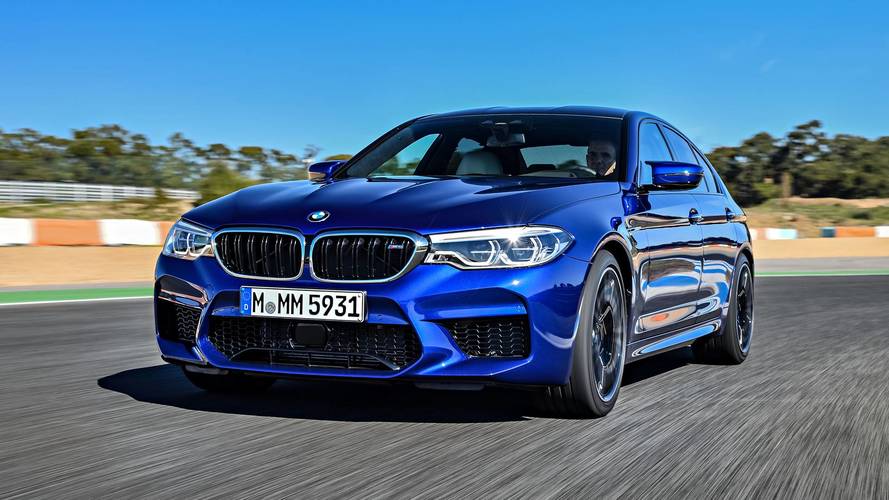 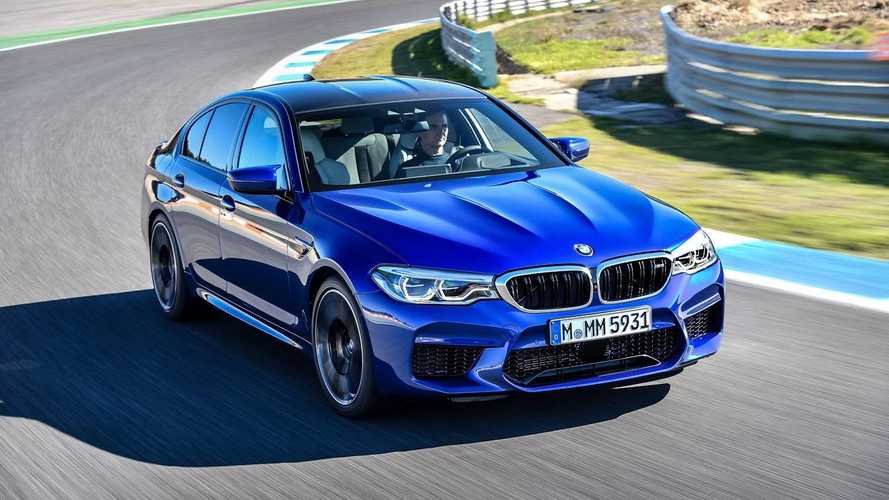 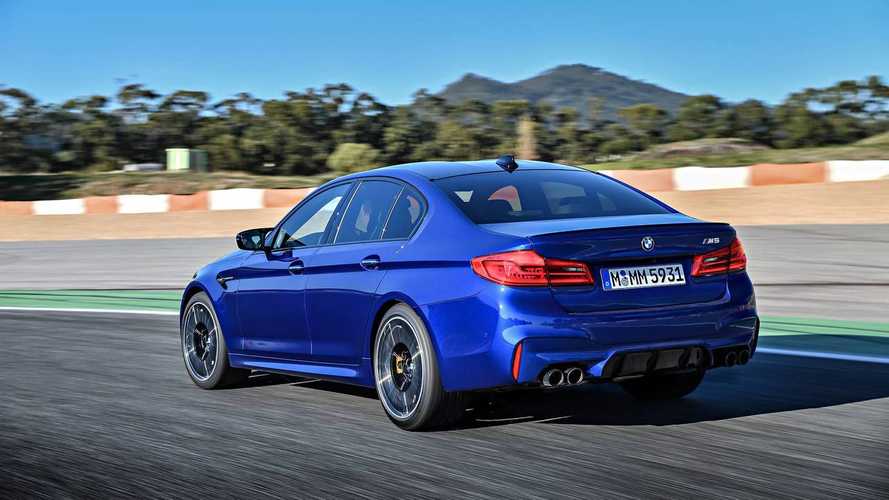 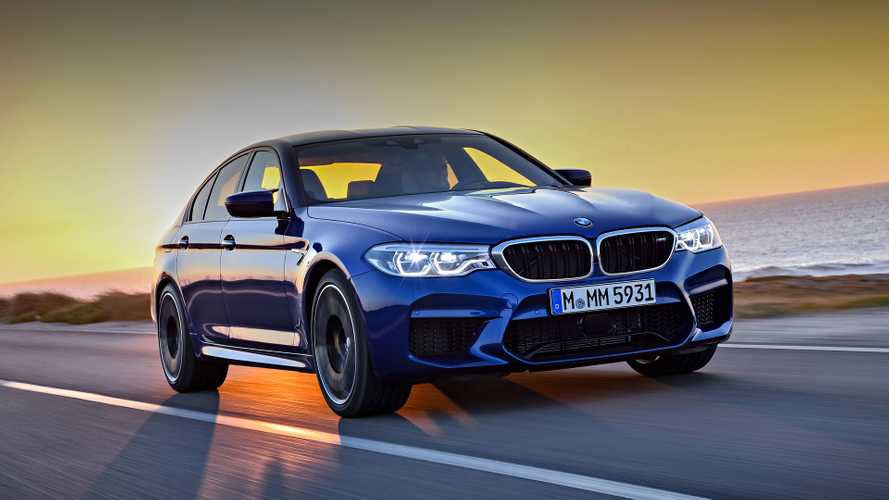 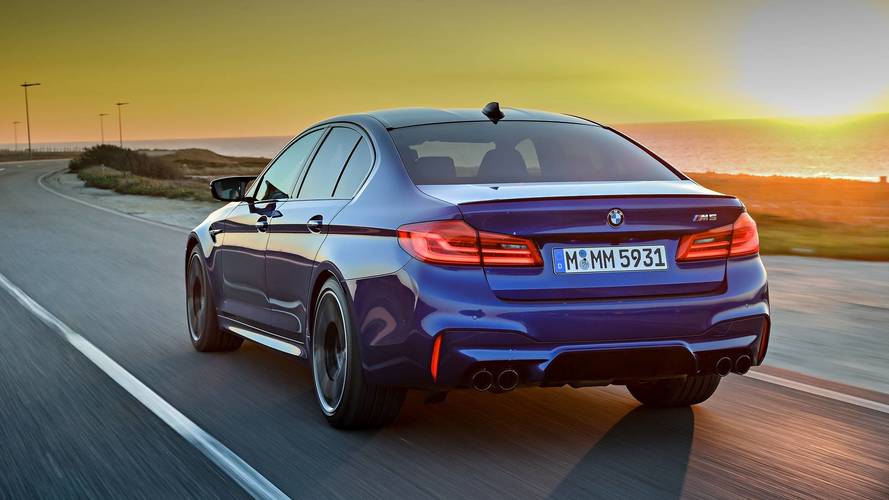 For the full technology story, I really recommend you watch our Why Buy? video on the lesser 5er, but suffice it to say that the M5 has more gadgets than you probably have interest in reading about, here. High points include iDrive 6 software accessed through a bright and beautiful central touchscreen, and offering fluid response and attractive graphics. The in-car navigation did have some trouble parsing the many different sizes and configuration of Portuguese roundabout… but my guess is that in most major markets for the car, issues like that will be hard to come by. Wireless charging is supported, and worked flawlessly with my iPhone X, and with BMW’s gargantuan touch screen “key.” You can even get your M5 optioned up with the remote control parking system, if you’re looking for a Batman-esque way to kick off a spirited drive.

And… none of the massive performance or mind-bending tech comes cheaply. Asking price for the ’18 M5 is $103,595 (when it goes on sale next spring), a jump of about eight grand compared to the base version of the outgoing car. You’ll spend a very similar amount, $104,400, for the very competitive Mercedes-AMG E63 S, or just under $90,000 for the rear-drive Cadillac CTS-V – both of which are excellent, very quick, luxury sedans. The Audi RS7 and Porsche Panamera will clearly compete for these dollars, too, albeit with sightly less traditional four-door form factors.

BMW’s clear focus on driving joy mixed with outright ability has paid huge dividends in this impressive M5. Not the least of which is the goofy smile – remembering quick corners and a few big stupid slides – that refused to leave my face, even as I moved from driving the car to writing about it. Even when delivered by a sophisticated mix of hardware and software, the M-ness of this M5 is no longer in doubt.