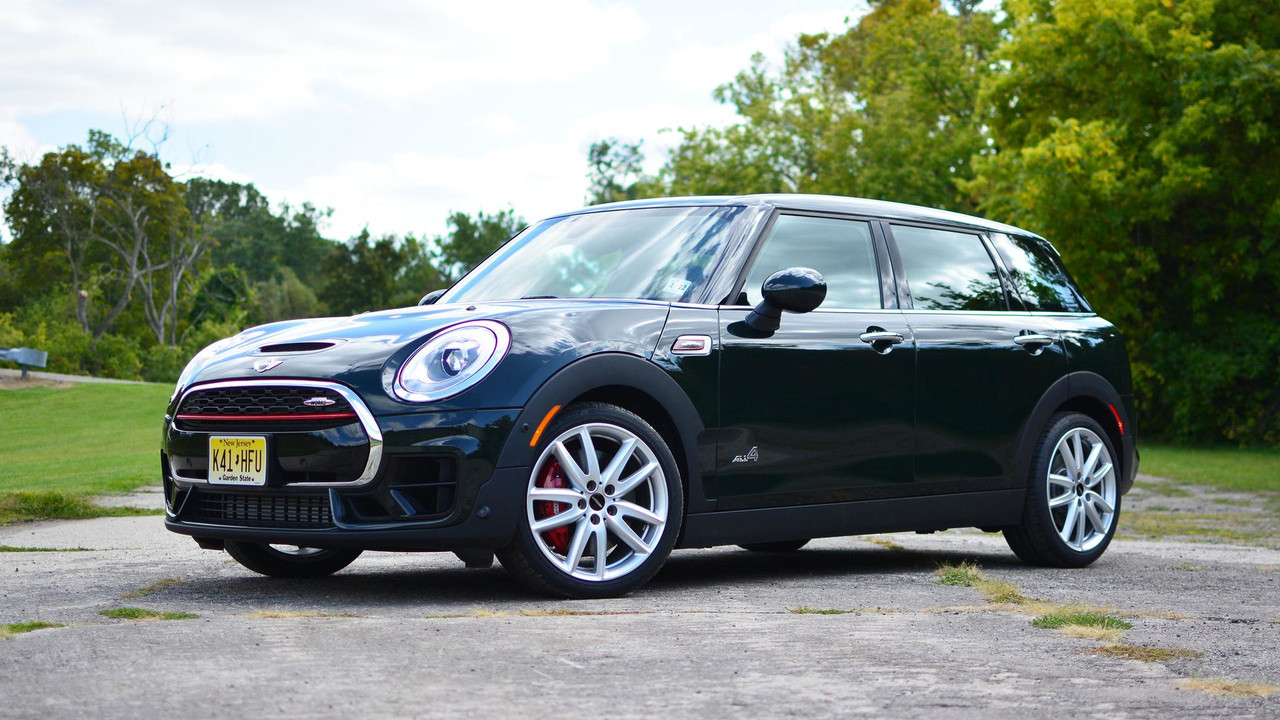 The rambunctious, expensive-breed puppy you don’t need, but want.

The Mini John Cooper Works Clubman is a bit of an oddball. For starters, it's got two “barn doors” instead of a regular hatchback, makes a bunch of noise, and comes loaded with quirks. Sure, the Clubman JCW is a very lovable car, but it’s a hard one to classify. The JCW has similar performance figures to a Ford Focus ST, but at an RS’ price, for example. It’s roughly three inches shorter than the Focus hatch, but 11 inches longer than the regular two-door Mini Hardtop.

So who is the Clubman JCW for? Well, maybe a person who loves the Mini brand (like myself), and wants more room for people and belongings. Or maybe the Focus ST just isn’t well-appointed or distinct enough for them. The way I see it, the Mini Clubman JCW is like an expensive-breed puppy: difficult to justify, but it won’t get confused with the neighbor's golden retriever.

Snap, crackle, pop. Under the hood of the JCW Clubman is a turbocharged 2.0-liter inline-four that produces 228 horsepower and 258 pound-feet of torque – not groundbreaking numbers, but they do a decent job at moving this wagon. The sprint from 0-60 miles per hour comes in a respectable, but not blistering, 6.0 seconds. But the Clubman JCW makes all the right noises to trick you into thinking it’s quicker. Give it the beans and you hear the turbo sing. Upshift and the exhaust snarls back. Downshift or lift off the throttle and you are rewarded with intoxicating backfire pops and cracks.

Puts a smile on your face. Although this wagon is the second-longest vehicle in the Mini lineup – just under an inch shorter than the Countryman – it still has solid driving dynamics. The stiffened JCW sport suspension, coupled with Mini’s Dynamic Damper Control, keeps the Clubman planted in the twisties, but doesn’t beat up the driver. In Sport mode, everything gets even better: The suspension firms up, throttle response quickens, steering effort becomes heavier, and there are more of those sweet pops and bangs from the dual exhaust pipes. In the more relaxed Middle or Green mode, shifts and throttle response are less immediate. No matter which mode you select, there’s nicely weighted, and accurate steering that gives a good amount of road feel.

Well-executed gimmicks. A string of LEDs around the infotainment screen is both entertaining and useful in several ways: It can mimic the tachometer, change colors when adjusting the volume or climate control, and turn red when getting close to an object while reversing. Other little details like a multitude of toggle switches, plaid-patterned rubber bits, and a Mini graphic that winks at you when you first get in the car make the cabin a really special place to be.

Added practicality. The Mini Clubman is the cargo volume king of the Mini family. Trunk capacity with the seats up is 17.5 cubic-feet and 47.9 cubic-feet with them down – 0.3 and 0.5 cubic feet more than the Countryman. When compared to the two-door Mini Hardtop, it’s a noticeable 8.8 and 19.3 cubic feet larger in both measurements. The trunk on the Clubman can also be opened with the swipe of your foot. Not to mention, there’s five additional inches of rear shoulder room than the Hardtop to help comfortably sit four – five in a pinch – in relative comfort.

Rear visibility is not its strong suit. Although the vertically split rear doors look cool, they don’t do much for rear visibility. There’s a black bar in the middle of the already short glass, and if the rear headrests are raised, good luck seeing behind you.

Loud run-flat tires. On the Clubman JCW, all wheel options come standard with run-flat performance tires. They’re loud and boomy over imperfect roads or bumps, disrupting an otherwise quiet cabin. No other tire alternatives are available.

Weak performance value. Equipped like this Clubman JCW, you’ll be spending around $45K, which is a hard pill to swallow. Here’s the bottom line: Performance wise, the Clubman aligns with the likes of the Ford Focus ST and VW Golf GTI (252 hp and 220 hp), but its $36K base price more closely matches those of the Focus RS and Golf R. For reference, the RS and R both offer much more horsepower – 350 hp, and 292 hp, respectively. The Clubman JCW’s option sheet can also become costly – this wagon alone has almost $10K worth of options on it. To name a few, the Technology Package ($2,250), automatic transmission ($1,750), leather seats ($1,000), and Rebel Green paint ($1,000) make this an expensive little hot wagon. 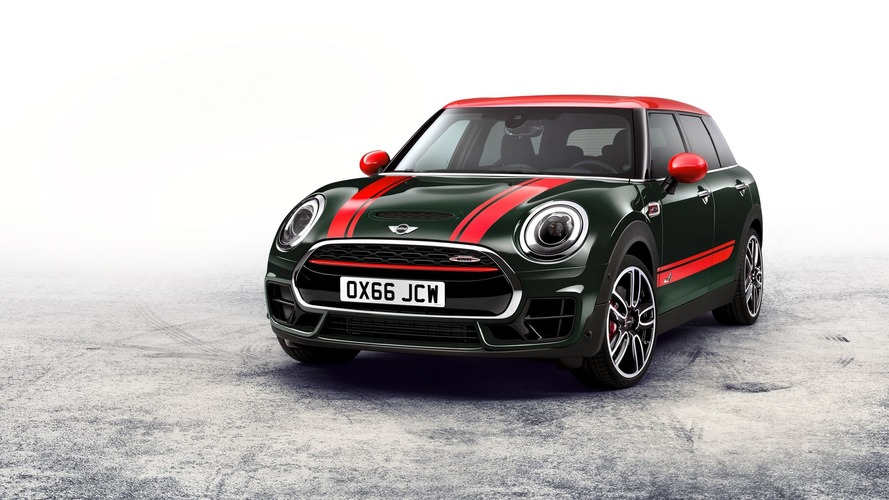