This Buick from China feels right at home on American roads.

Buick is making a lot of right moves lately, and the Envision is shaping up to be its latest. Slotting nicely in size between the elfin Encore and fullsize Enclave (Buick’s two best-selling vehicles), the Envision targets the meatiest part of the SUV market where buyers want a Swiss Army Knife vehicle that does it all. The Envision doesn’t have a pair of scissors folded up in its center console, but it does do everything well that most buyers will ask of it. And if you care about this sort of thing, it happens to be one of the first vehicles sold in the U.S. that’s manufactured in China.

Made in China doesn’t matter. Don’t get me wrong: the Envision being made in China isn’t itself a pro. What’s positive is that its manufacturing origin makes no difference at all in how the Envision operates or the quality of its assembly. If you’re worried because that knock-off iPad you bought in the Beijing black market broke after opening the box, don’t be. Time will tell whether or not reliability is impacted, but as far as first impressions go, the Envision convincingly demonstrates the workers at GM’s factory in Shandong can screw together an SUV. That said, your issue with the Envision’s final assembly being outside the U.S. may be a philosophical one, in which case it doesn’t matter if the Envision is built in China, Mexico, or on Mars.

Cushy yet controlled suspension. Just like the Buick LaCrosse I recently reviewed, the Envision’s suspension is a marvel of controlled compliance. By that I mean it unapologetically errs on the softer side, yet exhibits enough control over its motions to banish the floaty feeling that Buicks used to be famous for. Credit should perhaps be given to Buick’s trick HiPer Strut front suspension, which improves steering feel and road manners for vehicles on front-wheel-drive platforms; the LaCrosse we reviewed also had it.

Real luxury, not near luxury. This Envision AWD Premium II tester is fully loaded and demonstrates why it’s increasingly difficult to qualify Buick as a maker of “near-luxury” vehicles. For just over $49,000, it comes with everything an actual luxury vehicle costing significantly more does. The latest infotainment and connectivity tech; a complete suite of advanced active and passive safety features; and luxurious touches like high quality leather, a Bose sound system, and panoramic sunroof – they’re all here. The amount of pampering provided is equivalent to at least a Cadillac or Lincoln, and on par with Lexus, Acura, and Infiniti vehicles. 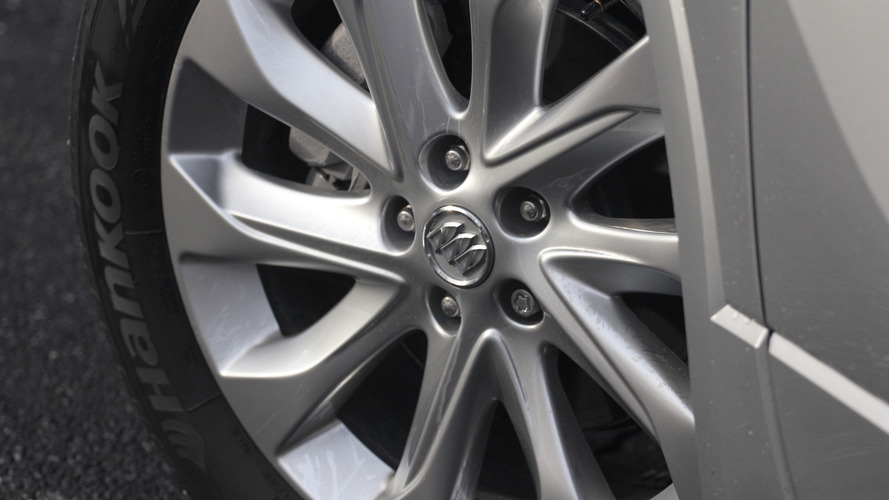 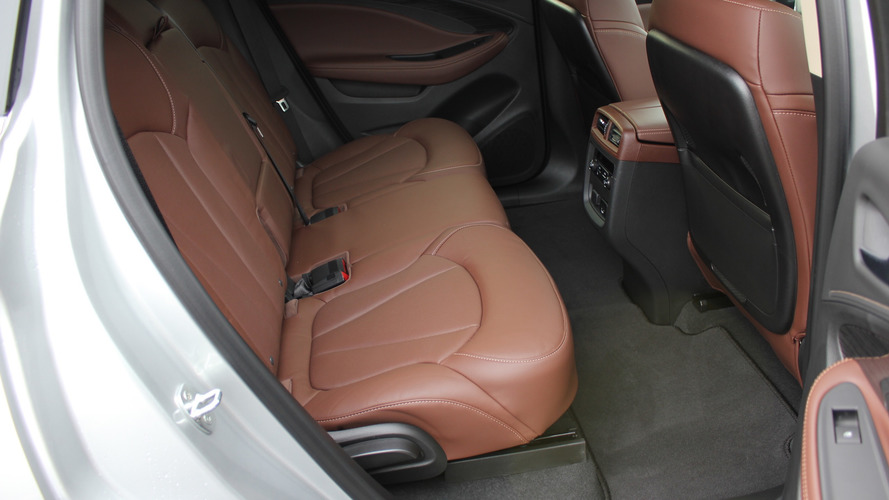 An already dated design. The Envision’s biggest fault is its styling. At these prices, buyers don’t mind paying a little extra to be seen in something fetching, but the Envision is inoffensive and plain. It avoids being ugly at the expense of not being noticeable at all. And it’s a shame, because Buick designers are hitting home runs elsewhere; just look at the Avenir concept car and the new LaCrosse. The Envision, though, looks as staid as a starched shirt. And those portholes, which sit atop the hood and are visible from the driver’s seat, are as tacky as they are tacked-on.

Nitpicks. Overall, the Envision is an SUV worth recommending, which makes writing a list of cons a challenge. So here are some nitpicks I discovered during my time driving one: the touch-sensitive controls for changing the temperature are difficult to engage; there’s no button to go straight to the navigation screen (you have to hit Home first); the wood applique doesn’t look real; and the sideview mirror blinkers are blindingly bright from inside the car at night. I could probably list more after logging some extra miles, but I doubt any foibles will erase my overly positive impression of living with the Envision.