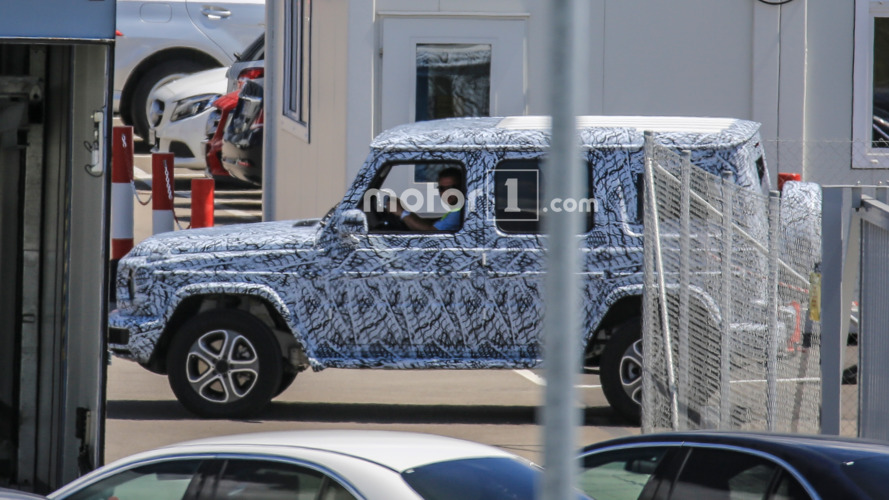 Believe it or not, the Mercedes-Benz G-Class has been on the market for nearly 38 years now with a virtually unmodified boxy body. We are slowly approaching the debut of the next generation G-Wagen, as the German automaker has started work on the all new model.

We have the first batch of spy photos that show a highly camouflaged prototype, wearing a body from the current model. Still, the disguise can’t hide the wider footstep of the car – rumored to grow around four inches (10 centimeters).

Interestingly, the photographed test mule lacks its rear bumper, which gives us a chance to take a look at some components of the car’s four-wheel-drive system. Apparently, some improvements are planned here, as word on the street says Mercedes will adopt an electro-mechanical steering and multi-link front suspension. This will allow the engineers to install modern assistance systems that are currently unavailable for the G-Class.

In terms of design, expect to see the same boxy shape with new aerodynamic details that should reduce the frontal drag coefficient of the SUV. The model will go through a massive diet, which will shave around 440 pounds (200 kilograms), thanks to massive use of lightweight materials.

A variety of six-cylinder petrol and diesel engines will be available when the new G-Class launches in the end of 2017 with power up to 300 horsepower for diesel and 360 hp for gasoline motors. These will most likely be available with a nine-speed automatic transmission.

High-performance models will follow in the coming years and we expect to see an improved 4.0-liter V8 biturbo under the hood, similar to the one in the facelifted G500.