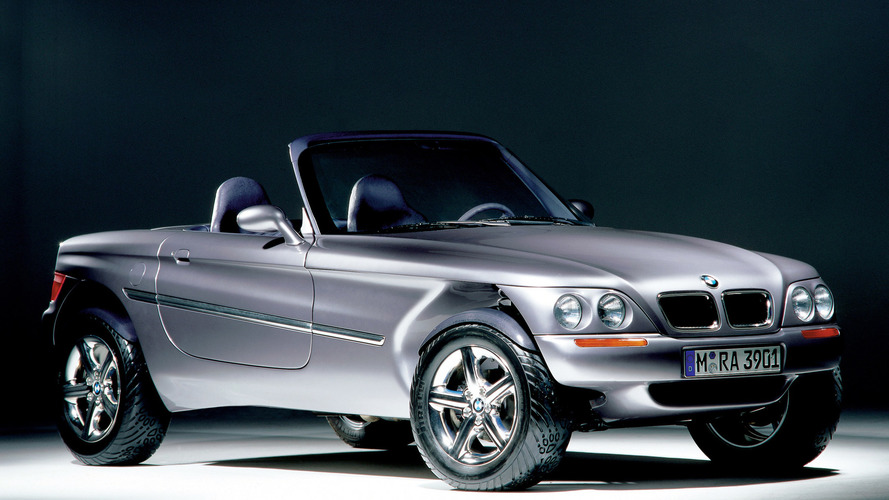 With today’s manufacturers trying to fill every possible niche, we look back at a concept that would have targeted a very small market if BMW would’ve produced it.

Created by BMW Technik GmbH, the Z18 concept is essentially a Z3 roadster on stilts and with a rather polarizing design worthy of our attention.

The concept came to life in the same year the Z3 was launched, so the similarities between the two are not surprising at all. That being said, the Z18 featured an all-plastic body and came with four round headlights while the concave rear end had wider taillights and funky dual exhaust tips.

BMW Technik didn’t make a top for the Z18, but instead the engineers came up with a spartan cabin that would resist in time thanks to a pair of waterproof bucket seats and heavy-duty rubber floor mats. The dashboard had a simple and clean layout, with three round dials mounted in the center sitting above the temperature control knobs and the audio system. Interestingly, the interior had a modular configuration allowing the concept to be transformed from a two- to a four-seater convertible and even into a pickup.

Featuring an all-wheel-drive system, the BMW Z18 was fitted with a V8 engine delivering 355 horsepower (261 kilowatts) to the road with help from a five-speed manual gearbox. BMW didn’t provide any other technical details, but the concept probably had a great power-to-weight-ratio given the plastic body. Thanks to the jacked up suspension granting a generous amount of ground clearance, the Z18 must have been a decent performer on bumpy and uneven roads.

For obvious reasons, the Z18 was developed to remain strictly a concept. There weren’t any plans to launch a production version, but that doesn’t make the concept any less interesting and intriguing at the same time.