Believe it or not, this lowrider pickup hasn't been lengthed.

We've seen all kinds of crazy custom vehicles over the years. This pickup truck certainly qualifies as custom, but perhaps the most surprising thing about this big Chevy is what hasn't been done. It's lowered, chopped, painted, stripped of its roof, and outfitted as an eye-catching, unorthodox limousine. You might be wondering how much work went into stretching the frame, but here's the thing. It hasn't been stretched. Mind blown, right?

Let that factoid rest on your noggin while we talk about the rest of this truck, appropriately called the Krew Kut. It started life as a 1992 Chevrolet heavy-duty crew-cab (hence the name) pickup truck. This particular rig had the long box option with dual rear wheels, which is why it looks so long. We've simply grown used to seeing four-door trucks with shorter beds, and admittedly, not having a roof also adds to the optical illusion. But the length of this truck – all 22 feet of it – is completely stock. 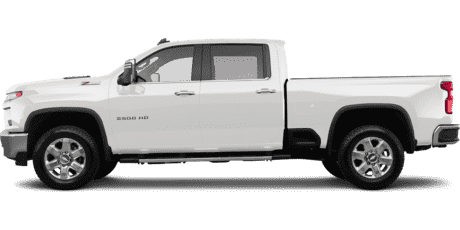 It's about the only thing still stock on this radical build. The current owner actually stalked this truck for years after seeing it in California, and when it eventually popped up on eBay, he jumped into action. The Krew Kut is lowered and rides on a hydraulic suspension that literally slams the body to the ground when stopped. Even raised up, the body had to be modified to make room for the frame. There's obviously all kinds of custom work done to the interior, and the tailgate is welded shut because this truck's workdays are long gone. In the bed you'll find a big bench seat and a hydraulic pump for the suspension.

How Crazy Can You Get?

The front clip is taken from a Cadillac Escalade, matched with a custom bumper to give the truck a very low stance when fully lowered. The stock Chevy taillights are gone, replaced with Toyota Supra lenses in the custom rear bumper. Under the hood is a modified LS V8 engine making 617 horsepower (460 kilowatts), and it all goes to the rear wheels. It sounds like a lot, but surely this land yacht weight as much as the Titanic before it sank, right? Here's the second big surprise of this build – the truck only weighs 3,100 pounds. It turns out lopping off the roof saves some weight.

Per the video, the owner has several cars but if he could only keep one, this would be it. We're guessing the video was made before gas prices launched to Jupiter, but for the person who loves attention behind the wheel, the Krew Kut surely supplies that in spades.