The compact SUV will start at less than $30,000 and be based on the Ultium battery platform.

During her keynote speech at CES 2022, General Motors CEO Mary Barra confirmed that the automaker would introduce the 2024 Chevrolet Equinox EV and Blazer EV sometime in 2023. The presentation (which also introduced the highly anticipated Silverado EV) included a few images of the Equinox, showing a sleek and sporty electric crossover that will reportedly start at around $30,000.

“The Equinox has always played an important role for Chevrolet as the second-highest selling brand nameplate,” said Steve Hill, Chevrolet vice president. “Providing an affordable EV option in the industry’s highest-volume segment proves Chevy is going to make EVs available to everyone.”

Both the Chevrolet Blazer EV and Equinox EV will be based on GM’s Ultium EV architecture, which uses a scalable, skateboard-style platform for the floor-mounted batteries. Ultium will also appear under the Cadillac Lyriq, GMC Hummer EV, and aforementioned electric Silverado. In those vehicles, GM claims a range of more than 300 miles (up to 400 in the pickups), although the smaller Equinox and Blazer will likely make do with between 250 and 300 miles per charge.

If that’s the case, Chevrolet’s EV crossovers will be right in the hunt with the Ford Mustang Mach-E, which offers 224 miles of range on the low end and 314 up top. While pricing on the Blazer hasn’t been confirmed, the Equinox’s targeted starting price of $30,000 or so will make it one of the most affordable long-range EVs on the market, backing up GM’s claim that it will make electric cars more accessible to average folks. The Equinox will be available for both fleet and retail sales by fall 2023, and Chevy confirmed that the popular LT and RS trims would be among the mix. 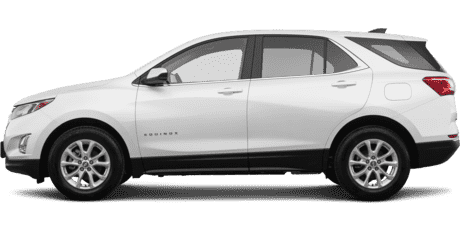 The 2024 Equinox and Blazer EVs will further flesh out GM’s EV lineup that includes the currently available Chevrolet Bolt and Bolt EUV, as well as the future Silverado EV, GMC Sierra EV and Hummer EV, and Cadillac Lyriq and Celestiq. Barra also announced more electrified aspirations for the company, such as heavy-duty trucks and full-size SUVs that will arrive by 2035. The race for a full lineup of EVs is on, and GM is clearly in on the game.

All In On EVs: