The FJ’s quirky boxiness lives on as fiction.

The Toyota FJ Cruiser disappeared from the US market back in 2014, burning bright and fast during a tumultuous time. Introduced in 2006, the quirky-looking off-roader had to compete with the Jeep Wrangler and the Great Recession, with mediocre sales leading to its demise just before crossovers and SUVs started to increase in popularity. There’s little indication the FJ will stage a comeback, but a new rendering imagines a modern take on the SUV.

The unofficial rendering comes from the Rain Prisk Facebook page, and it reinterprets the FJ’s unique design for a new era of off-road machines. The FJ’s strange boxiness is still present, though it’s much sharper than before, more refined. There’s bold Toyota branding in the grille, flanked by round headlights with the horizontal turn signal indicators on the outside. A hood intake sits above the grille. Like the original FJ, the rendering sports a big, chunky plastic-looking front bumper assembly.

The FJ’s thick C-pillar design is present, too, sitting just behind the rear half-door. The rendering gives the FJ crisp styling that doesn’t look as brash as the Bronco or as utilitarian as the Wrangler. The FJ has subtle cladding around the wheel wells, though it has the appearance of fender flares thanks to creases in the sheet metal. There isn’t a rear-end rendering, though a sliver of the taillight does poke out, similar to the original, and the styling doesn’t look as bulbous. 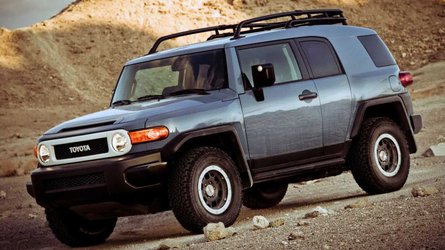 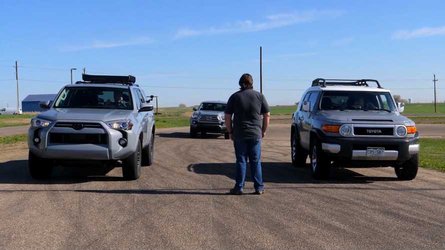 There has been no recent indication that Toyota plans to bring the model back to the US. Back in 2018, Toyota did hint at the possibility of a new, smaller off-road vehicle, but that hasn’t materialized, and recent reports about Toyota’s plans have no mention of a new FJ or another off-road-oriented SUV. That doesn’t mean one isn’t in development as automakers look to attract new customers and please current ones.