The numbers in the game are a lot lower than earlier info about the AMG One.

Forza Horizon 5 is now widely available for players, and the Mercedes-AMG Project One has a big part in the game, including being the most prominent vehicle on the cover. Mercedes isn't yet specifying the final output for the hypercar. However, FH5 lets you check any vehicle's specs, and the numbers for the One don't match any of the previous announcements from the automaker. Could these be the final figures?

We snapped a quick shot of the Forza Horizon 5 screen clearly showing the AMG One with 877 horsepower (654 kilowatts) and 535 pound-feet (725 Newton-meters) of torque. It weighs 3,737 pounds (1,695 kilograms), and 49 percent of that weight is over the front axle. The S2 classification puts the hypercar among the highest-performing vehicles in the game.

It's not clear where these numbers are coming from, though. Motor1.com has reached out to Mercedes for clarification.

Every report about the Mercedes-AMG One says that it has a total of over 1,000 horsepower (746 kilowatts) and possibly even around 1,200 hp (895 kW). This output comes from a Formula One-related 1.6-liter turbocharged V6 with four electric motors.

Our initial guess was that the numbers in Forza Horizon 5 were referencing only the V6 and didn't take into account the hybrid assistance. This would make sense for two reasons. First, the output is so far below the previous info. Plus, 535 lb-ft seems like a very low torque figure for a hypercar with a combustion engine and four electric motors. 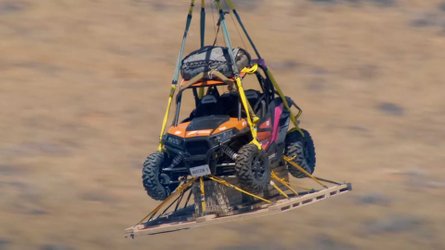 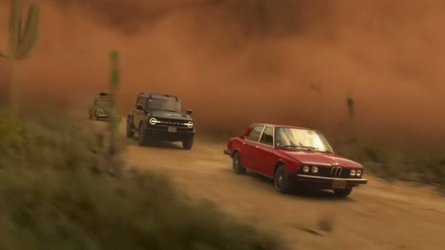 However, this explanation isn't perfect. A report from 2018 indicates the combustion engine alone makes 671 hp (500 kW) and has a redline at 11,000 revs. But, a later story says Mercedes is delaying the launch of the One allegedly to make tweaks for the hypercar to comply with emissions regulations. Generally, we would expect this to mean reducing the V6's output, rather than boosting it by 206 hp (154 kW).

Another possibility is that Forza Horizon 5 developer Playground Games received rough performance specs for the One. The team then gave the car whatever horsepower and torque were necessary for the simulation engine to meet Mercedes' numbers.

Regardless of why the One in Forza Horizon 5 is making 877 hp, we can report it's a blast to drive in the game's simulated version of Mexico.

The game is the only place for the vast majority of folks to experience the one for now. After multiple delays, the Mercedes finally starts delivering the model in mid-2022.