186 miles per hour is not a problem for this beast.

The new Porsche 911 Turbo S is an absolute rocket from the factory. We’ve seen it race several sports cars and supercars, and the outcome has been the same (almost) every time. That’s not even the best part about the 992-generation of the model though, as it is a very solid base for aftermarket modifications - the engine and transmission can handle so much more power so easily.

Case in point, LCE Performance from Germany built a crazy 900-horsepower (662-kilowatt) 911 Turbo S and the AutoTopNL channel on YouTube decided to try it on the Autobahn. The folks produced a lengthy video, starting with a walkaround tour of the 911, followed by a few runs on B-roads, and finally, there’s a run on an unrestricted section of the German highway. And oh boy, what a blast that is.

Crazy Porshes On The Autobahn: 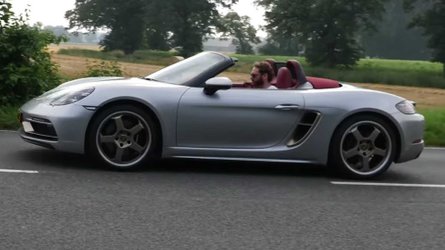 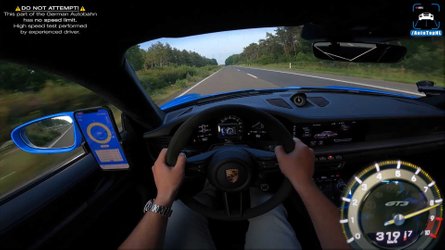 In the first half of the video, we get to witness the tuned 911 Turbo S doing quick acceleration runs, and the host of the video explains the car is actually capable of pretty impressive 0-62 miles per hour (0-100 kilometers per hour) accelerations. In stock form, the car does that sprint in 2.6-2.7 seconds depending on the surface and tires. The modified version can do the standing-start 0-62 mph (0-100 kph) run in absolutely crazy 2.4 seconds.

The insane acceleration and very high maximum speed are not the only factors that make this tuned 911 Turbo S a beast, though. As the host explains, despite the huge power, the car remains very driveable and everything works perfectly.