In April this year, the Ford Mustang Mach-E earned the Insurance Institute for Highway Safety’s (IIHS) Top Safety Pick Award, and now the electric crossover has received another high-star safety rating. This time, the Euro NCAP gave the Mustang EV five stars during its latest series of crash tests in Europe, where the Hyundai Ioniq 5 also earned the highest possible rating.

When it comes to the Mustang Mach-E, the safety specialists were impressed by the standard safety equipment of the vehicle, which includes a center airbag, deployable hood for pedestrian protection, and a number of advanced driver assistance systems. In general, the passenger compartment of the Mach-E remained stable during the crash tests, Euro NCAP notices, with the dummies numbers showing very good protection of the body and knees of both the driver and passenger.

Hyundai participated in the latest round of Euro NCAP tests with three models. The all-electric Ioniq 5 displayed good all-around safety numbers earning it five stars from the safety organization. The Tucson, meanwhile, managed to just clear the hurdle in Safety Assist to get into five-star territory, though that was enough for the crossover to earn the same five-star rating as the electric model. The Bayon, however, scored four out of five stars, mainly due to the lack of a center airbag.

The Toyota Yaris Cross was also tested by Euro NCAP but the organization partnered with ANCAP as Europe and Australia are the two main markets of the small crossover. The Japanese model earned five-star ratings with both gasoline and PHEV powertrains. Last but not least, the Ford Transit and Transit Custom, as well as the Volvo XC40 Recharge and Volkswagen Tiguan PHEV, all gained five-star ratings from the safety organization. 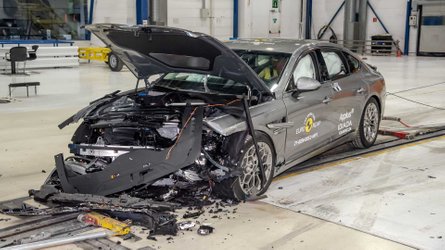 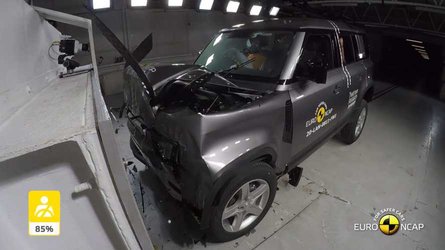