And we have the picture to prove it.

It was a truly special weekend at the U.S. Grand Prix with record attendance, a thrilling F1 race that came down the final lap, and an intensifying battle between Red Bull and Mercedes. And while it was Max Verstappen that stole the show on Sunday, his colleagues at Alpha Tauri had everyone’s attention prior to the race driving a different car.

As part of the special Acura collaboration with all four Honda-powered F1 cars for the American race, drivers Yuki Tsunonda and Pierre Gasly spent some time behind the wheel of the company’s most infamous creation, the first-generation NSX. Video coverage of the event is still forthcoming (we’ll pass it along when we get it), but we found out directly from the source that they didn’t baby the car… not even close.

During a press conference, Gasly shared “ I had a lot of fun with the car and I rode the curbs pretty hard… I was surprised by the power, too.”

Apparently, both drivers enjoyed the power because either Gasly or Tsunoda knocked a wheel cap clean off the car during a hot lap – a piece that despite the team’s best efforts is still lost somewhere on COTA as we write this. No word on which part of the track the cap lost its life, but this circuit has plenty of spots that stress test a car.

Funny enough, the incident happened right before the team took a series of photos with the car, and the naked centerpiece is visible in all of them if you zoom in on the front passenger wheel. Although the NSX is now down some hardware, it’s nice to know that the car, which Acura owns, got the workout of its life. And at least for now, the Circuit of the Americas has a little piece of Acura history randomly hidden among its 20 turns. 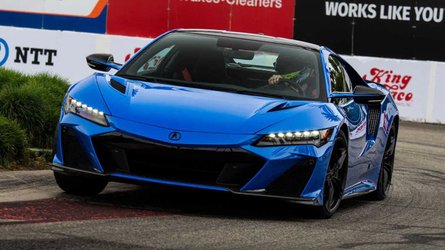 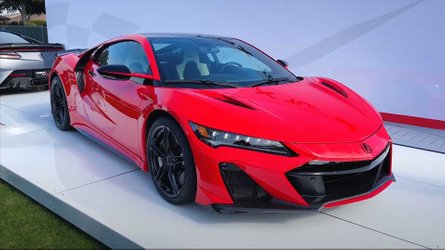