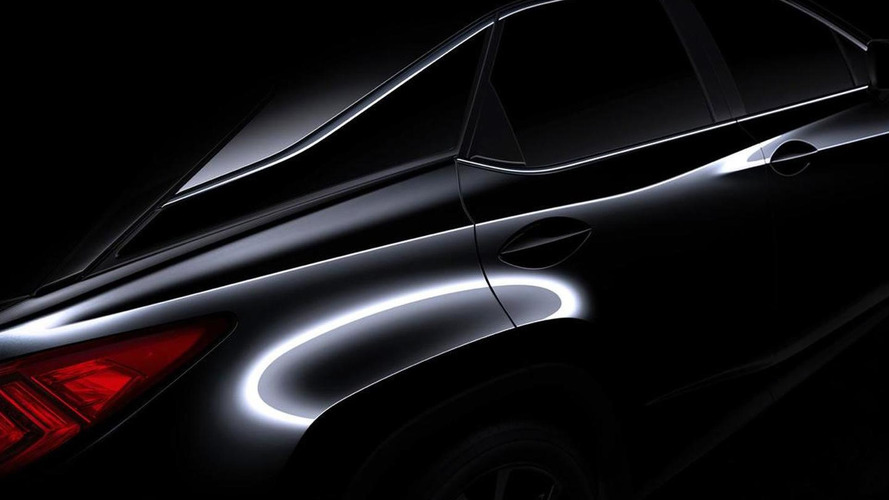 Lexus has published a teaser image with the "all-new" 2016 RX scheduled to premiere on April 1 at the New York Auto Show.

Lexus has published a teaser image with the "all-new" 2016 RX scheduled to premiere on April 1 at the New York Auto Show.

It looks substantially different than the outgoing model and appears to adopt a lower roofline, sleeker door handles and more pronounced wheel arches with plastic body cladding. Lexus has went for a sloped roofline and a more angular design influenced by the smaller NX.

The taillights have been completely redesigned and boast a wraparound layout and are much sleeker compared to the outgoing 2015 Lexus RX. We also notice the side mirrors sit higher than before and the side skirts appear to be bigger.

Technical details are not available at this point but it is believed the 2016 Lexus RX will ride on the same platform as the Toyota Camry and should be powered by V6 3.5-liter engine with around 270 bhp (201 kW) sent to a new eight-speed automatic transmission.

Note: We adjusted the exposure to show more details.