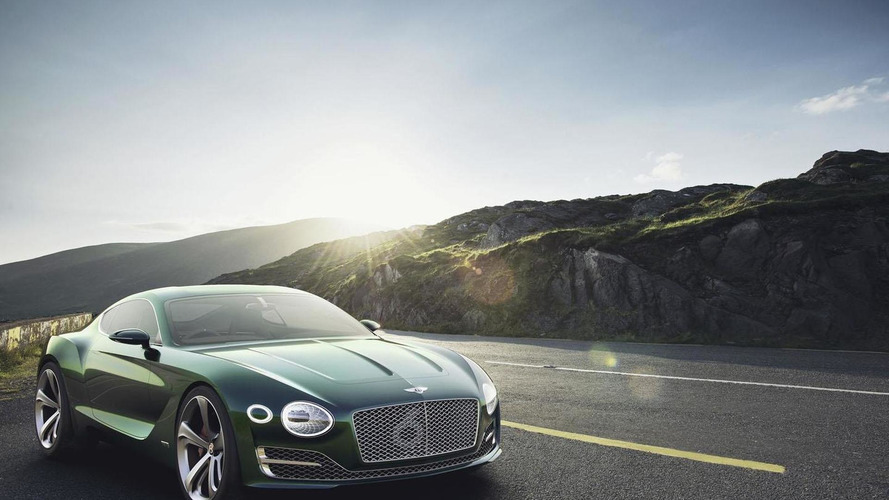 Bentley has unveiled their new EXP 10 Speed 6 concept at the Geneva Motor Show.

Bentley has unveiled their new EXP 10 Speed 6 concept at the Geneva Motor Show.

Designed to preview a potential new model, the concept is being described as a "sector-defining two-seater sportscar" that combines the finest materials with advanced performance technology.

Bentley declined to release performance specifications but the car has a familiar design that echoes the Continental GT.  Despite the similarities, the EXP 10 Speed 6 has a sportier appearance thanks to its smaller size and more dramatic rear end.

The sporty styling continues in the cabin as there's two leather-wrapped sport seats which are separated by a narrow center console with an aluminum, copper and cherry wood gear selector as well as an infotainment system with a 12-inch touchscreen display.  Other notable highlights include straight-grain cherry wood trim and a rear luggage compartment that holds four specially-made pieces of luggage.

In a statement, Bentley CEO Wolfgang Dürheimer said “[The] EXP 10 Speed 6 is one vision for Bentley’s future – a powerful, exquisite and individual concept. The showcar has the potential to be the new pinnacle luxury two-seat sports car. It offers thrilling, driver-oriented performance, complete with trademark modern Bentley luxury and effortlessness. "