Ground clearance is what matters most in this competition.

SUVs have become the vehicle of choice for mainstream and luxury car buyers. Automakers, big and small, are focusing on the lucrative segment, with Rolls-Royce, Bentley, Lamborghini, and others entering the space. Increased competition is always welcomed, but not all SUVs are equal in their performance attributes.

A new video from Carwow pits the Bentley Bentayga S against the Land Rover Range Rover. The two SUVs complete a series of off-road challenges that test their capabilities. However, these aren’t your typical performance tests, with horsepower and torque taking a back seat to ground clearance and turning radius.

This becomes an issue for the Bentley, failing to complete the two final challenges. The overhangs are too long, and the SUV rides too low to the ground to perform the tests safely. However, the Land Rover completed every event, securing a clear victory over the Bentayga.

The Bentley’s only win came early in the drag race up a hill. It suffered in the maneuverability challenge, where the Land Rover’s rear-wheel steering helped it navigate the tight corner. The Land Rover also beat the Bentley in the downhill descent challenge.

Both the new Land Rover Range Rover and Bentley Bentayga S are expensive SUVs that will rarely see off-road terrain. However, if you had to choose between one or the other for some off-road fun, the Land Rover seems like the perfect vehicle. The shorter overhangs, locking differentials, and additional ground clearance makes it an off-road superstar, even if the high price tag would discourage many owners from using it to its full capability. 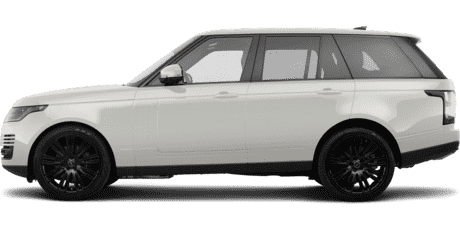 save over $3,400 on average off MSRP* on a new Land Rover Range Rover