Not every officer gets to drive a supercar.

For an ordinary police department, a vehicle as swanky as a Genesis GV80 would stand out. However, Dubai doesn't have an ordinary police department. In what's arguably the supercar capital of the world, law enforcement rolls a bit differently. That's why this luxury SUV stands out, but not for the reasons you'd expect. It's actually a bit on the tame side in this part of the world.

Nevertheless, the GV80 is the latest patrol vehicle to join the fleet with the Dubai Police General Command. An announcement from Genesis includes the photo above along with two more below, showing the striking SUV wearing the appropriate white/green exterior we've come to see on other Dubai police vehicles. Speaking of which, they include such exotics as a Lamborghini Aventador, a Porsche 918 Spyder, and even a Bugatti Veyron. A Tesla Cybertruck is also in the works as soon as it becomes available because hey, you need to have some variety, right?

"We take pride in partnering with Dubai Police in various initiatives that aim at spreading awareness among all segments of society on traffic safety," said Suliman ALZaben, director of Genesis UAE. "We hope that the high-tech Genesis GV80 contributes to facilitate Dubai Police's operations and provide various services to the public." 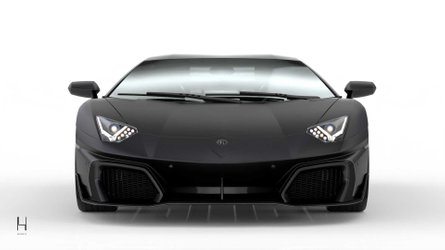 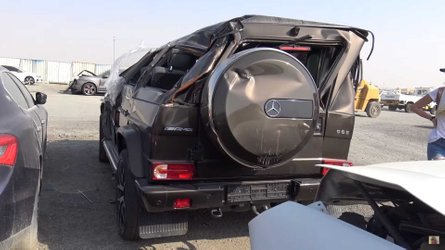 Giant Scrapyard In Dubai Is Chock-Full Of High-End Cars

The announcement doesn't state what the GV80 has under the hood. It could be a turbocharged 2.5-liter four-cylinder good for 300 horsepower (224 kilowatts) or a twin-turbocharged 3.5-liter V6 kicking out 375 hp (279 kW). Based on the other vehicles in this particular police fleet, we're guessing it's the latter turning all four wheels.

Dubai's police force isn't the only official group to enjoy some interesting work vehicles. In 2019 the city's ambulance service picked up both a C7 Chevrolet Corvette Z06 and a Nissan GT-R.