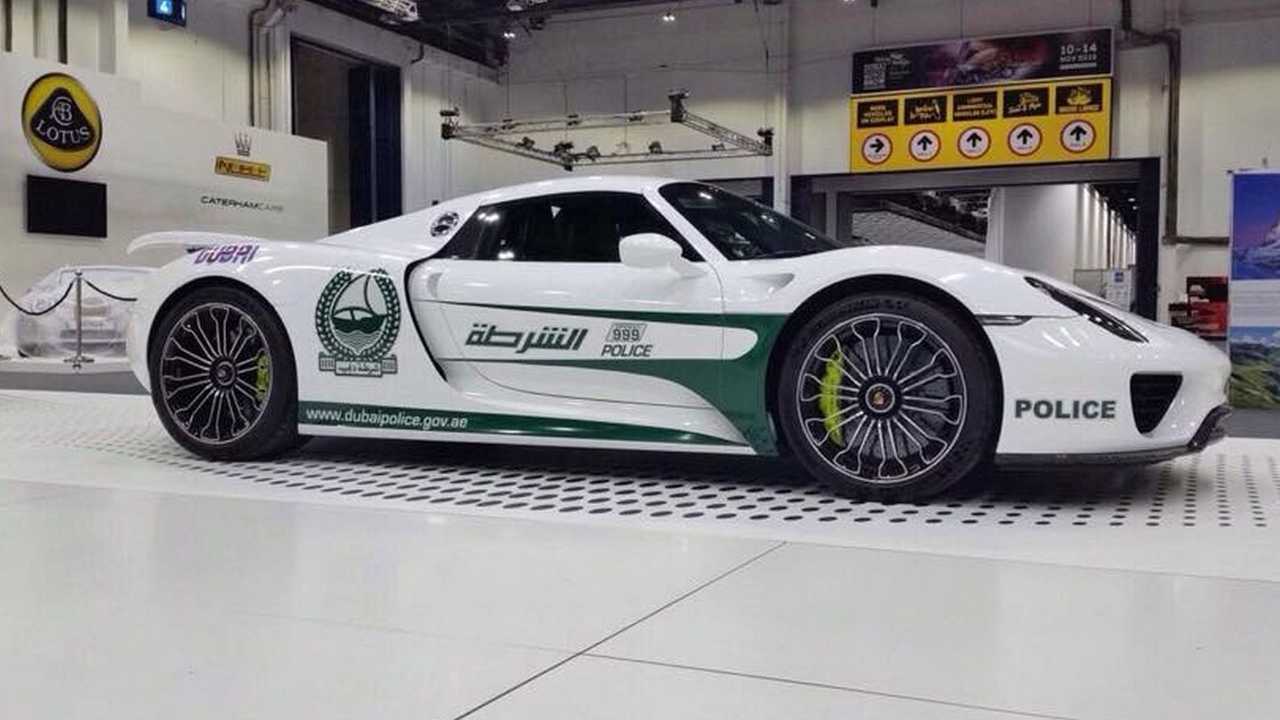 The Porsche 918 Spyder has just joined the ever-growing Dubai police fleet and this isn’t really a surprise given the other members of the family.

The Porsche 918 Spyder has just joined the ever-growing Dubai police fleet and this isn’t really a surprise given the other members of the family.

As if the Dubai police fleet wasn’t already very impressive, one of the only 918 units of the Porsche 918 Spyder hybrid supercar has decided to join the party that includes some other high-end members such as the Lamborghini Aventador, Aston Martin One-77, Bentley Continental, Mercedes-Benz SLS, the mighty Bugatti Veyron and a Renault Twizy just for contrast.

None of these vehicles are actually used for real police work as you will see them only in the most luxurious areas of Dubai to impress tourists. Other cars in the inventory include a BMW M6 Gran Coupe, Chevrolet Camaro, Ferrari FF, a Roush-modified Ford Mustang as well as other similar expensive models that are a lot more impressive compared to the mundane cars used by the police in the rest of the world, with a few exceptions.

It’s the same story with “rival” Abu Dhabi police fleet as they also have some nice gems in the garage, such as a Rolls-Royce Phantom and the more exotic Lykan Hypersport. You won’t see these performing patrolling duties since the police use them for cruising the streets to show off wealth and opulence.