"I don’t know what the real value of top speed testing is other than bragging rights," says Reeves Callaway, founder of Callaway Cars that once vied to become one of the fastest cars on the planet.

In an interview with Muscle Cars & Trucks, Callaway talked about the possibilities (or the lack thereof) of a SledgeHammer follow-up. For him, achieving a top speed record isn't important to the owners of Callaway cars, and that it's largely a waste of time.

For the uninitiated, Callaway Cars once created a one-off C4 Chevy Corvette that carried the "SledgeHammer" monicker. At the former Transportation Research Center 33 years ago, the American specialty vehicle manufacturer and engineering company recorded a 254.76 miles per hour (410 kilometers per hour) top speed run. It wasn't an official Guinness World Record, but it was a solid feat that no other Corvettes in history were able to accomplish, and a road car top speed benchmark that stood for more than 20 years.

The 42-minute video embedded above gives you a peek at that record-breaking Callaway, something you shouldn't miss if you're into the topic of speed.

Callaway Cars Are All For Performance: 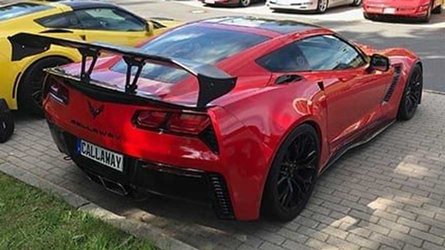 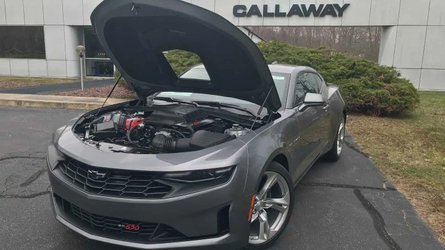 But when asked whether Callaway Cars has any plan to create a successor to the Corvette SledgeHammer in the context of top speed records, Callaway said there's none.

"The strict answer today is no," said Callaway in the MC&T interview. "The great problem of top speed demonstration is not building a car that will do it, but finding a place where you can do it safely."

It may be hard but it isn't impossible. Obviously, the SSC Tuatara has demonstrated that it can be done (dubious or not), whether on a public highway in Nevada or on the shorter stretch of the John Bohmer Proving Grounds.