The fifth-generation Honda CR-V was unveiled towards the end of 2016 and got a facelift about three years later. Fast forward to March 2021, our spies have put their extra-long telephoto lens to good use by catching on camera from afar a prototype of the new crossover while undergoing handling tests at a facility somewhere in Europe.

With this being only our first look at the sixth-gen CR-V, it's no wonder the prototype is covered in camouflage from front to rear. That said, we can't help but notice the crossover seems to have grown in size while the front and rear overhangs continue to be quite large. The overall design appears to be more angular and the hood seems longer and flatter than before.

The front end reveals a slightly bigger grille with a new pattern and is flanked by sharper LED headlights that seem to give the impression of a split design. That said, the front lights likely have a one-piece layout as we’re tempted to believe the divided setup is only because of the disguise applied across that wide strip.

Eagle-eyed readers will notice the side mirrors now sit lower on the doors rather than at the base of the A-pillars, presumably to reduce wind noise and/or better aerodynamics. A prominent character line above the door handles extends almost the entire side profile of the CR-V, from the headlights to the taillights. Those exposed side orange markers indicate Honda was testing a US-spec version.

It'll be interesting to see whether the growth inside will prompt Honda to accommodate a third row or the Pilot will remain the firm's only SUV in the United States to offer seven seats. Side note – the current CR-V is already offered in some markets with a third row but the US-spec model is available exclusively with five seats.

Either the disguise is playing tricks on us, but the prototype lacks the vertical lights of the current CR-V. However, we'd be willing to bet those are still there considering all generations of the popular compact crossover have this taillight layout in common, starting with the original 1996 model.

Depending on the market, the current Honda CR-V is already offered with hybrid and plug-in hybrid powertrains, so look for the next-generation model to embrace electrification furthermore. It's too early to say whether Honda has plans for a version without the combustion engine, but even if that's the case, it won’t be available from day one.

Since this is our first batch of spy shots, it likely means an official reveal of the new CR-V won't take place anytime soon. It could debut in 2022 and go on sale in North America as a 2023MY.

The Current CR-V Remains A Solid Choice In The Competitive Compact Segment: 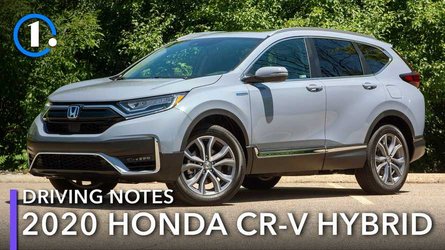 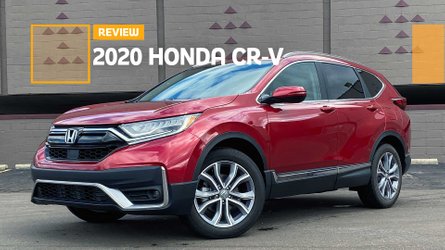