The exposed carbon fiber weave is automotive nudity at its finest.

While we were patiently waiting for the 812 “GTO” to get its long-awaited outing, Ferrari surprised us with the Omologata as a one-off creation based on the Superfast. Speaking of unique builds, the tuners at Novitec had something special on their minds as well as a follow-up to their 812 packages. We’ve already seen their standard and N-Largo widebody kits for the V12-powered machine, but this latest project is on a whole new level.

Dubbed by Novitec as being a one-off build, the 812 Superfast received a full carbon fiber body with an exposed weave. You can see it virtually everywhere, from obvious places like the doors and fenders right down to the little details like the door handles and the cap on the center-lock wheels. From the front splitter to the large rear wing, virtually everything has been bathed in carbon fiber.

While the N-Largo 812 Superfast parked next to it costs about €150,000 plus the donor car, the unique creation was nearly twice as much. That’s right – you’re looking at an almost €300,000 ($351,000) aftermarket package for a supercar that already costs a pretty penny. Novitec doesn’t go into too many details about the naked 812, but it does say it took an extra 700 hours of work compared to a regular N-Largo.

One can’t help but wonder how much weight the tuner was able to shave off after applying the full carbon fiber treatment. A regular 812 Superfast weighs about 3,594 pounds (1,630 kilograms), which is already remarkable given the huge 6.5-liter V12 naturally aspirated engine. We’re expecting Ferrari’s own hardcore 812 to shave off some of the fat, but obviously not to the same extent as Novitec’s all-carbon Superfast.

What Has Novitec Been Up To? 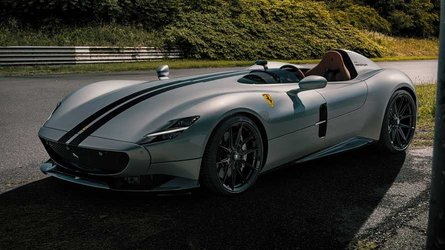 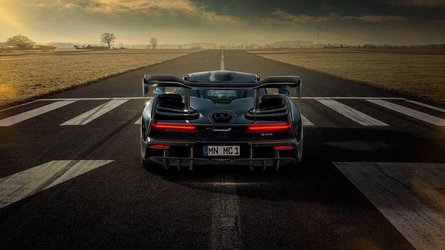 Few automakers are offering performance cars decked out in carbon straight from the factory, with relevant examples including the Ford GT Liquid Carbon and Pagani Huayra. The discontinued McLaren P1 also had a carbon fiber body option, and so does the track-only Porsche 935 as well as the Koenigsegg Jesko.