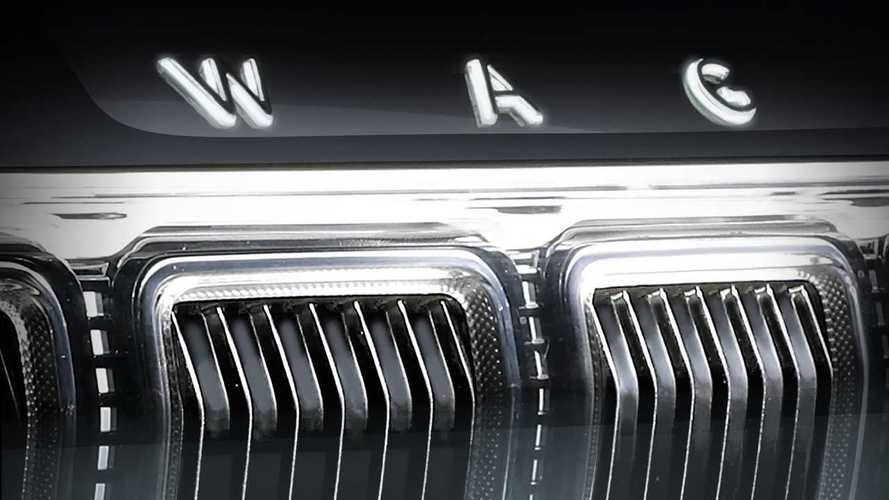 The teaser campaign for the 2022 Jeep Wagoneer and Grand Wagoneer continues today with Jeep dropping two more images. These appear to be of the Grand Wagoneer. Last week's teasers were a tad ambiguous as to which model they were; however, based on these new images, it appears those were also Grand Wagoneer pics. Jeep also announced it'd reveal the Grand Wagoneer on Thursday, September 3.

The latest images show off a portion of the slotted grille and part of the hood badge – WAG. If we had to guess, the picture shows the driver-side portion of the grille with the word GRAND out of frame. The grille looks bespoke with tons of detail surrounding the slots. The grille and badging also look illuminated.

The other one gives us another glimpse of the interior. This appears to show the center console with the rotary dial – visible in the background of one of last week's teasers – and some sort of screen blurred in the background. This could be the rumored screen that'll be available for the front passenger.

Both of the new teasers continue to emphasize the SUV's finer details, like the start-stop button on the dash with the wood trim, or the detailed rotary dial on the center console. Rumors persist that the Grand Wagoneer will be a luxurious offering with tons of technology, a frameless 12-inch touchscreen, a fully digital instrument clusters, and more.

Check Out The Other Teasers:

Jeep was well-positioned to embrace the influx of consumers looking for SUVs when they began flocking to high-riding vehicles in the mid-2010s. Jeep's sales soared, but the landscape has changed since then. Other automakers have shifted to crossovers and SUVs, and Jeep isn't immune to fierce competition. Adding the Jeep Wagoneer and Grand Wagoneer helps further round out the portfolio when new car shoppers love those types of vehicles.

Jeep hasn't specified what time it'll reveal the Grand Wagoneer next month, though that'll likely be announced closer to the reveal date. Production is expected to start in Q2 2021 before going on sale later that year for the 2022 model year.