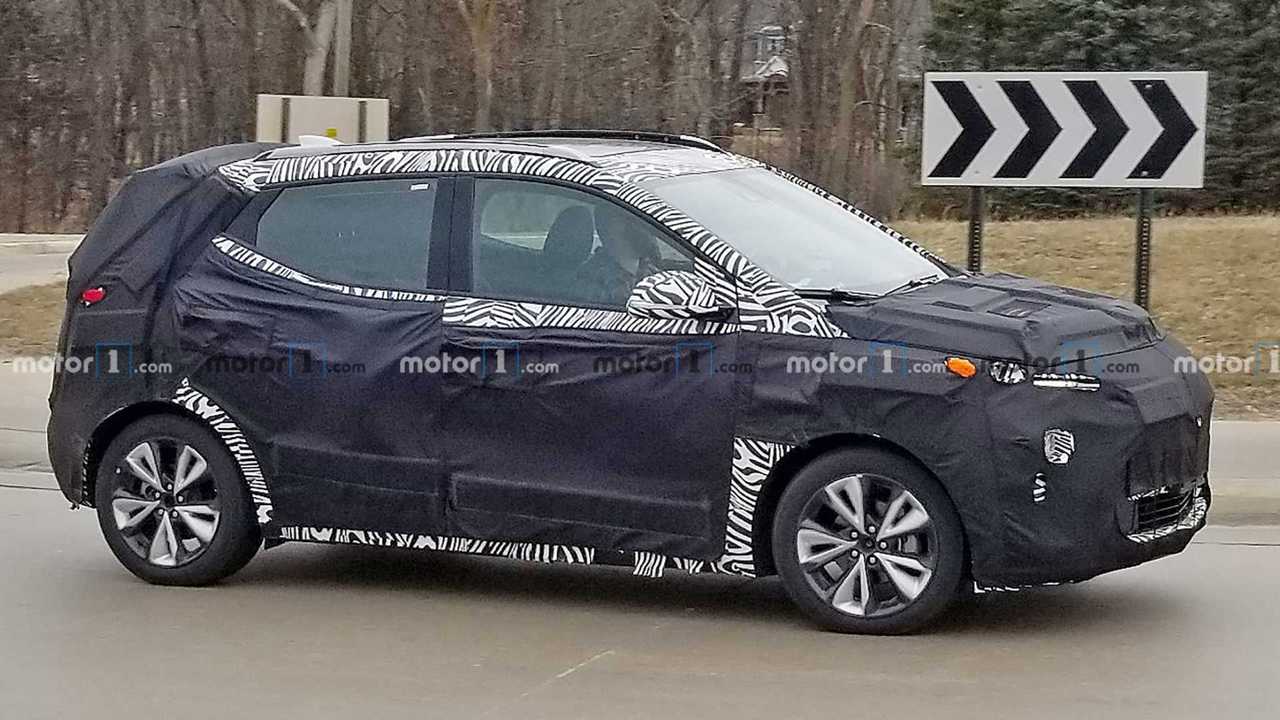 The all-electric people mover will be a slightly larger version of the Bolt hatchback.

General Motors is mobilizing hard on electric vehicles right now, and the compact Bolt will soon be joined by a slightly larger sibling. Caught here on camera for the first time, we see what will become the Bolt EUV, which in the case means Electric Utility Vehicle.

This prototype certainly wears heavy camouflage front and rear to hide both its design, and the facelift coming to the standard Bolt. We can see the crossover keeps the Bolt’s short, stubby nose, and the up-kink in the beltline at the C-pillar looks very Bolt-esque as well. The majority of the C-pillar is concealed under heavy camo, but we suspect the Bolt’s floating roof design is hiding beneath the tarps. At the rear we can see placeholder lights are still in place, suggesting this is a relatively early prototype.

That said, we aren’t completely in the dark as to what this new EV crossover will look like. Earlier this year the Buick Velite 7 was shown for the Chinese market. At this point there’s no reason to believe there won’t be numerous similarities in design between the two EVs, but our knowledge extends beyond mere speculation. Before Coronavirus shut down most U.S. automaker operations, Motor1.com attended a special media event held by GM, where numerous details about the upcoming Bolt crossover were revealed.

Bolt From The Blue:

It will have a wheelbase three inches longer than the standard Bolt and measure five inches longer overall. It will also be the first non-Cadillac model to get Super Cruise, but it won’t be graced with GM’s new Utium battery tech. Still, it should have an estimated range of 400 miles and be compatible with Level 2 fast charging.

When will the new Bolt EUV be unveiled? At this point things are certainly up in the air, but the standard Bolt facelift should debut before the end of the year. Barring significant delays, expect the EUV version to debut sometime early-to-mid 2021.