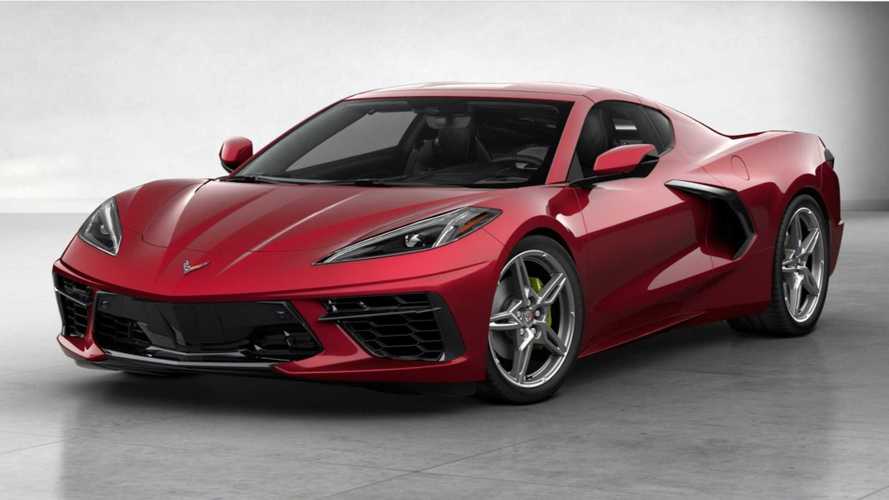 The darker red shade shows up on a site that sells touch up paint.

It was only yesterday when we shared news about the mid-engined Corvette getting a couple of new colors for the 2021 model year and now we might know how one of them is going to look like. As a refresher, the Long Beach Red hue pictured above is bound to be replaced by Red Mist Tintcoat, which has now been discovered by Corvette Blogger on a site belonging to a company that sells touch up paint.

Automotive Touchup – which might have also inadvertently revealed the colors for the 2021 F-150 and Bronco – has a color called Tactical Pearl 1 listed in the touch up paints available for 2021 GMC models. Wait, but how is that related to the C8’s new Red Mist Tintcoat? Well, both have the same “GPH” code. As some of you know, General Motors actually uses two names for a paint, with one being the marketing name and the other representing the actual color name. It’s unclear at this point which is which in this case, but at least we now have an idea about how the color looks like.

It appears to be a darker red shade similar to the Long Beach Red that was available during the initial model year of the Corvette C8, which as we’re sure you’ve heard already, can’t be ordered anymore. Corvette Blogger explains the new color is also similar to two other red shades used in the past – Magnetic Red and Crystal Red Metallic. The former was available between 1999 and 2002 before making a comeback in 2004 before being phased out a year later. As for the latter, it was used extensively throughout the C6 and C7 generations of the ‘Vette, from 2008 until 2015.

The Future Of The C8:

It’s not known for the time being how much money Chevy is going to charge you for the new Red Mist Tintcoat / Tactical Pearl 1 color, but we’ll remind you the Long Beach Red was offered for $995. It was actually the most expensive paint available for the 2020 Corvette, along with Sebring Orange. For the 2021 model year, America’s latest sports car is also getting a Silver Flare shade to replace Blade Silver.