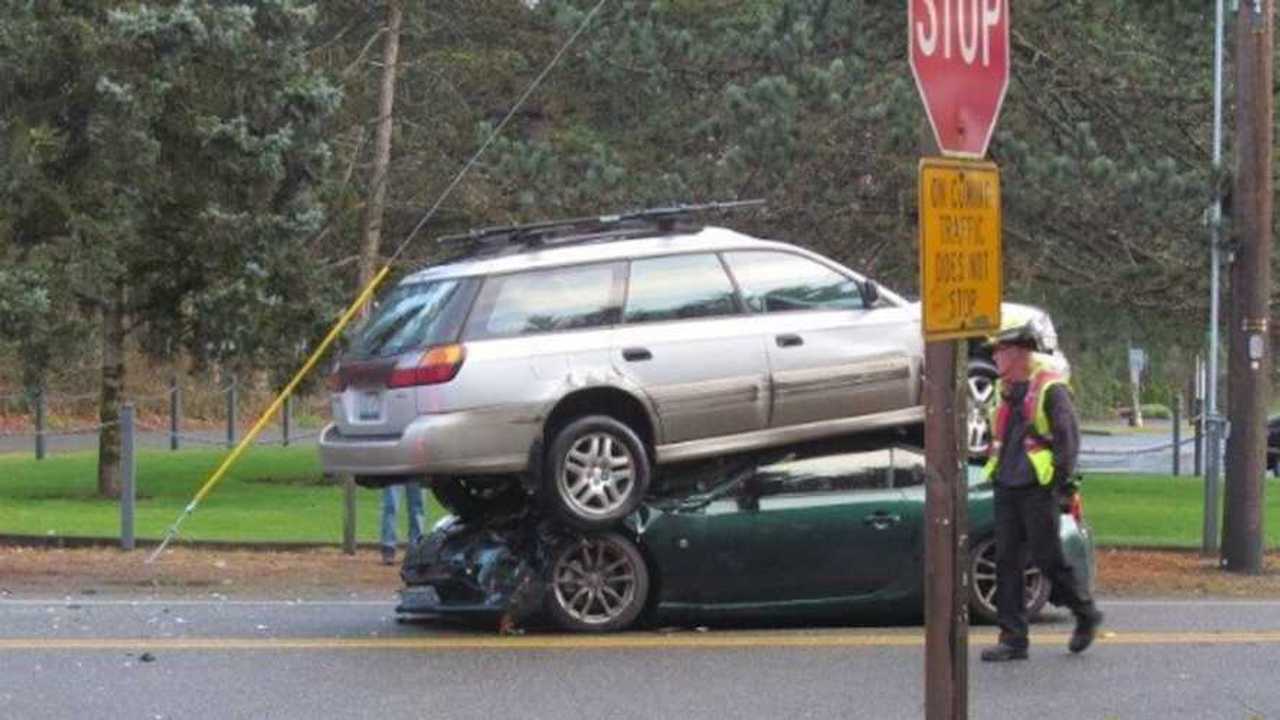 Thankfully, nobody was hurt.

A Toyota 86 was involved in an accident in Seattle, Washington last March 7, 2020, which also involved a Subaru Outback and a Toyota Prius. But it isn't just an ordinary version of the two-seater sports coupe – it's the Toyota 86 Hakone Edition.

As you can see in the photos above, the Subaru Outback ended up on top of the 86, but it seems like the special edition 86 took most of the damage. The front end looks totaled and with a 3,600-pound lifted wagon on top, it's more likely that the windshield of the 86 wasn't spared.

According to a Facebook post by the King County Sheriff's Office, the culprit in this accident was the Toyota Prius. It ran a stop sign, which prompted the Outback to change direction in order to not hit the hybrid Toyota. The Outback, of course, had the right of way, and unfortunately hit the 86 that was standing still by the stop sign.

Thankfully, the occupants of the 86 Hakone Edition weren't hurt, despite the horrific situation that both cars ended up in. The Outback only sustained damages on its passenger side, although its owners might want to check underneath.

Please Drive Safely Out There:

This Damaged Chevy Corvette C8 Must Have A Sad, But Interesting Story

The Toyota 86 Hakone Edition was introduced in April 2019 and hit the showrooms last fall. It's named after the Hakone Turnpike, which is regarded as one of the best driving roads in the world. The distinct green paint job is called Hakone Green, although its Japan-only version prefers to wear the color as British Green Limited.

The price tag of one Toyota 86 Hakone Edition is at around $30,825, including the destination charge.