New Audi A3 To Be Revealed On March 3: Report 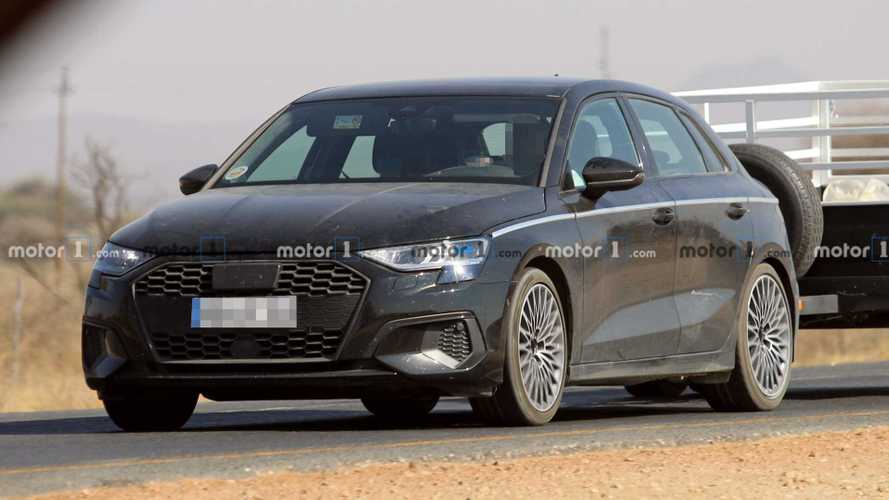 If you want a compact car from the Volkswagen Group fancier than the new VW Golf and the recently unveiled SEAT Leon, Audi has just the right kind of car for you. We’re obviously talking about the A3 with its similar MQB Evo underpinnings bound to be implemented on the model’s upcoming fourth generation. A trustworthy source has informed Motor1.com when the Four Rings company will finally take the wraps off its revamped Mercedes A-Class competitor – March 3.

Bear in mind we’re only talking about the A3 Sportback as the sedan will follow at a later date, according to our source familiar with Audi’s plans. It’s a known fact by now there won’t be a three-door version this time around, much like its hatchback cousins from Wolfsburg and Martorell now come exclusively with five doors. Declining demand for compact hatches without rear doors has forced VW to pull the plug on the less practical Golf in the same vein as SEAT has axed the Leon SC. The latest Renault Megane hatchback is also a five-door-only affair.

Save Thousands On A New Audi A3

There’s a pretty good chance we’ll see the new Audi A3 Sportback during the Volkswagen Group Night Preview right before the start of the 2020 Geneva Motor Show where the posh hatchback from Ingolstadt will celebrate its public debut. When the covers will come off, the exterior design will be evolutionary and will follow recent Audi products. Inside, there will be some massive changes to the dashboard – as seen in our S3 Sportback spy shots from last week.

Speaking of which, even though the hot hatch was spotted again a couple of days ago practically uncovered, it won’t premiere together with the A3 in Switzerland. It seems we’ll have to patiently wait some more for Audi to introduce its answer to the Mercedes-AMG A35 and BMW M135i. As for the flagship RS3, we have spy shots of the five-cylinder little monster as well and we’re expecting it to arrive later on to fight Affalterbach’s A45 and A45 S dynamic duo.

As a final note, it’s worth pointing out the current A3 was the original MQB car when it debuted at the Geneva Motor Show in March 2012 as the Golf, Leon, and Octavia were all revealed later that year. For the next wave of compact cars, the A3 will be the last of the group to be renewed.