Toyota Venza Coming Back While New Tundra Is Delayed: Report

And the next Sienna will be a hybrid.

Last year, Toyota sold nine Venza crossovers, the same number it sold in 2018. But the model disappeared from U.S. dealerships in 2015. Production ended at the end of 2017 though it now appears Toyota will revive the nameplate in the form of a hybrid crossover. The news comes from a TFLnow report, citing an “insider source” who spoke about Toyota’s future products. The report also included details about the next Sienna minivan and the next-gen, and much-needed, redesigned Toyota Tundra pickup.

Toyota Teases Unveiling Of Two New Hybrids On May 18
Here’s How Many Supras Toyota Sold In The U.S. In 2019

According to the TFLnow source, Toyota will revive the Venza nameplate for a new, 100-percent hybrid crossover. It’ll seat five across two rows, and help give the automaker a competitor against the Honda Passport, Ford Edge, and others. The hybrid powertrain would likely come from either the RAV4 or Highlander. Both pair a 2.5-liter four-cylinder engine to an electric motor. However, the Highlander makes more power – 234 (174 kW) versus 219 (163 kW) and allows for all-wheel drive. The next-gen Sienna could be 100-percent hybrid-powered, too. 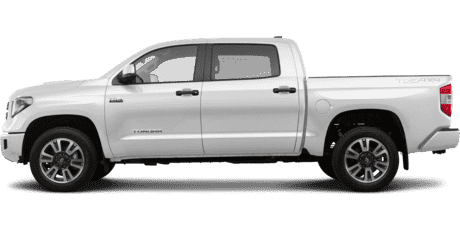 The other bit of news from TFLnow’s report suggests we may have to wait two more years before the next-generation Tundra arrives even though the first spy photos of the model emerged nearly a year ago. The current Tundra debuted in 2007, and while Toyota has refreshed the truck several times, it’s due for an update. Ford, Chevy, and Ram dominate the domestic truck market, and Toyota needs a new, modern product to compete. TFLnow’s insider source says the new truck will arrive as a 2022 model. It will allegedly go on sale in December 2021.

Toyota has a lot on its plate as it cruises into a new decade. We don’t know when the new Venza will arrive, though it’d be a welcomed addition to Toyota’s lineup as consumers continue to flock to larger vehicles. The next-gen Sienna is already in development, though a reveal should happen sometime this year as it launches as a 2021 model. We’ll have to wait for the Tundra.