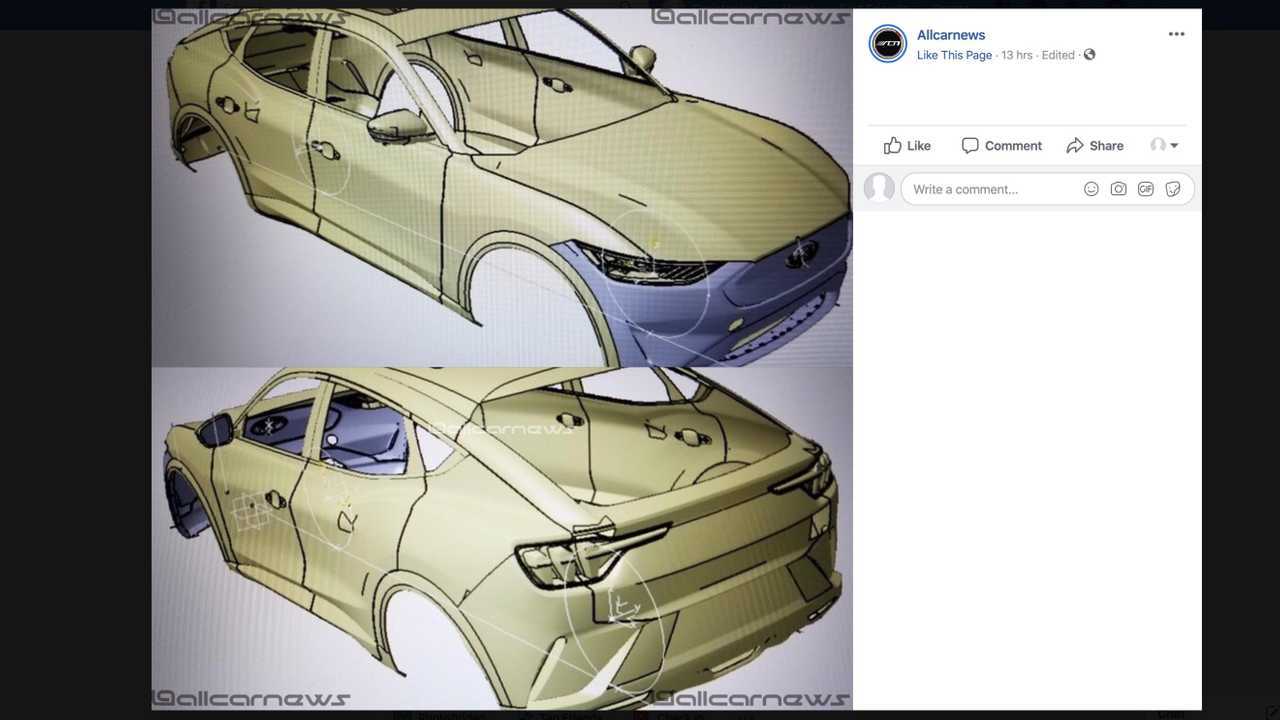 Could this really be Ford's much-anticipated EV?

The account Allcarnews has posted has allegedly somehow obtained CAD images of Ford's upcoming Mustang-inspired electric crossover and used them to create renderings of the vehicle. Motor1.com reached out to Ford about the legitimacy of the CAD drawings and was told, "we don’t comment on speculation about future products."

While these CAD renderings are tantalizing, we can't be completely sure of their authenticity. However, the vehicle that they depict has a lot in common with Ford's recently released official teaser that shows the Mustang-inspired EV has a line drawing.

The parallels are most noticeable at the rear where the window line arches upward at the back to create a sharp point where it connects with the roof. The Mustang-inspired taillights visible here are just like in Ford's official teaser. Looking at the lower part of the bumper, there seem to be fake exhaust outlets, which is an odd touch on an electric vehicle that doesn't produce emissions.

In front, there are Mustang-like headlights, and the CAD image shows a closed-off central grille. However, there appears to be a fairly large opening in the lower fascia. Small slits in the corners don't appear to be functional.

Ford will officially unveil the Mustang-inspired EV crossover at an event on November 17. According to a rumor, Ford will target offering as much as 300 miles (483 kilometers) of range in the EPA test when buyers spec a higher capacity battery and rear-wheel drive. Performance-minded customers will be able to get a dual-motor, all-wheel-drive powertrain.

The vehicle's name still remains a mystery. Ford dropped the original plan to call it the Mach 1 after Mustang fans revolted against the idea of the company using the muscle car's name on an EV.