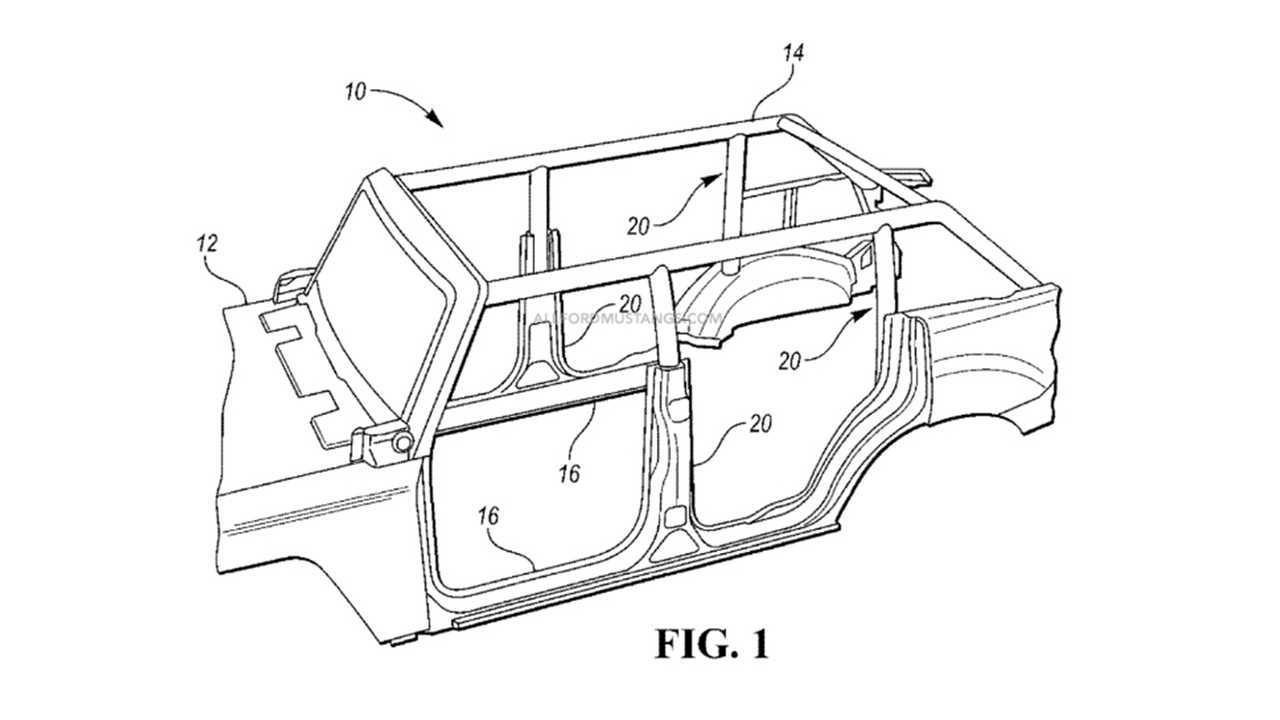 As early as today, we think the Ford Bronco will be the most talked-about comeback of 2020. The return of the off-roading SUV has been in the news ever since it was confirmed, and it's easy to see why. Out of all the news about the Bronco, patent applications reveal a lot, albeit, should be taken with boat loads of salt.

Based on the images included in the patent application, the B- and C-pillars are bolted on the SUV's window line, which then should be easily removed. How about the seatbelts, you ask? Accompanying patent images suggest that short pillars can be bolted on, replacing the roll cage and will serve as the point of attachment for the seatbelts.

Now, how about rollovers? Well, that's something Ford has yet to figure out in case the Bronco will really have a removable roll cage.

With this, it looks like Ford Bronco will undercut the Jeep Wrangler in providing a wide-open off-roading experience – if this patent will reflect on the production version of the upcoming SUV. Of note, the Jeep Wrangler, which is the Bronco's direct rival once launched, has a lot of things that can be removed from its body, but its roll cage isn't one of them.

Whether the upcoming SUV will get a removable roll cage or not, we'll have to wait a bit further as the 2021 Ford Bronco will be revealed next year. A recent report suggested that the launch will happen in the second half of November just in time for the Los Angeles Auto Show. Ford, however, denied the report.

Source: All Ford Mustangs via Driving