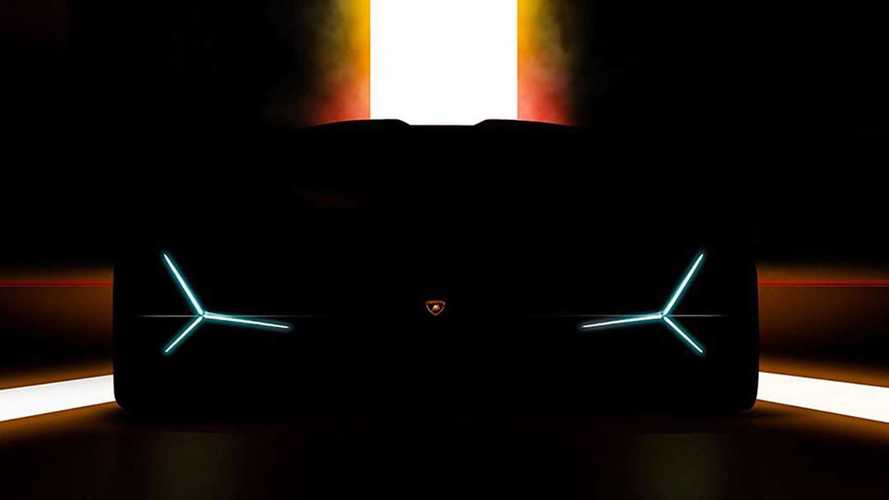 Let the automaker show you the future.

Lamborghini is already gearing up for its next big reveal hot on the heels of showing off the Aventador SVJ 63 Roadster and the Huracán Evo GT Celebration. The Italian supercar company dropped a teaser on its Instagram page of a mysterious new model with an even more mysterious caption.

The post shows a car silhouetted against a trio of beam lights that mimic Lamborghini's modern lighting elements, and, more importantly, the front lighting elements of the Lamborghini Terzo Millennio concept. Lamborghini captioned the photo with, "Something new is on the way. Can't wait to see it? Just open your eyes to the future."

This leaves us scratching our heads, wondering what this new Lamborghini model could be. There's a good chance it's Lamborghini's long-rumored hybrid hypercar. The company has, allegedly, already shown it to potential customers, and it was rumored to have looked like the Terzo Millennio concept. But a lot has changed since this report surfaced.

Lamborghini's future has turned murky. A report from earlier this month alleged the Aventador replacement, likely to be based off the Terzo Millennio concept, would be delayed until 2024. A replacement for the Huracán would come the following year. While the company is benefiting from the Urus' sales success, VW Group CEO Herbert Diess isn't happy with Lamborghini's financial performance.

Audi, the company that owns Lamborghini within VW Group, doesn't want to spend the money needed to update the Aventador's V12 engine to Europe's new emission standards. Instead, the company would rather invest in hybrid V8 engines, eliminating the V12 engine from Lamborghini's flagship model.

We won't have to wait long to find out what Lamborghini has planned. The Instagram caption suggests Lamborghini could reveal "the future" during the Frankfurt Motor Show next month – or that the car would make its public debut there. We're hopeful this will be a new model as opposed to a one-off or limited-edition creation. The Aventador and Huracán have been around since 2011 and 2014, respectively.